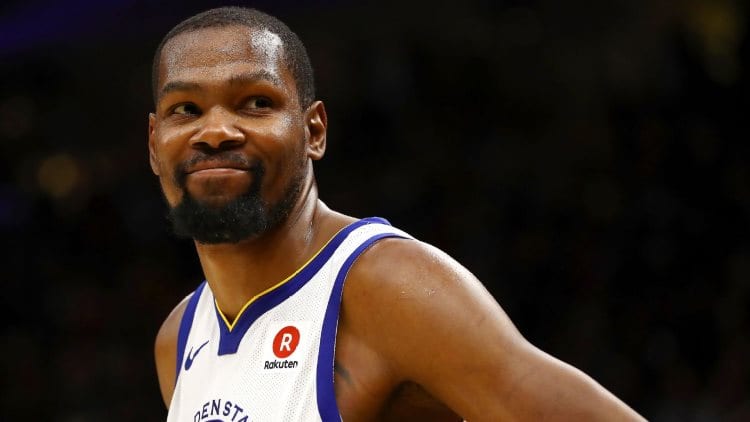 It’s all or nothing for the Cleveland Cavaliers, which trail the Golden State Warriors 3-0 in the NBA Finals.

Unable to win at home in Game 3 despite holding a 13-point lead in the first half, the Cavaliers now must fight to take this series back to Oakland.

Kevin Durant was the biggest factor on Thursday when he dropped 43 points. Splash brothers Steph Curry and Klay Thompson had off nights but the NBA’s best shooter was back in incredible form to pick up the slack.

There are some punters stating that the NBA wants to take this series back to Oakland for a Game 5, but the Warriors won’t be thinking along the same lines. They will want to sweep LeBron James and the Cavaliers to win their third title in four years.

It’s hard to see how the Cavaliers could pull themselves off the floor to win Game 4, but they need to do it to avoid the sweep.

LeBron James looked a tired man on Thursday as he passed up plenty of open shots to find his supporting crew, which for the most part did their job, but it simply wasn’t enough to slow down the Warriors.

The problem with facing the Warriors is that even if some of their shooters have an off game, there’s someone else there to pick up the slack.

That was Kevin Durant in Game 3 and what a game he had. He dropped 43 points in a dazzling display of shooting and the Warriors came out of halftime with a surge.

Third quarters have been the telling factor for the Warriors during the 2018 playoffs and even if the Cavaliers establish a big lead, the Warriors know they have the shooting and the defence to get back in the game.

Finding a case to bet on the Cavaliers is tough for Game 4, apart from desperation, but will they want to travel back to Oakland to inevitably lose Game 5 or 6? We wouldn’t be surprised if some of the Cavaliers players have already booked their holidays.

It’s a sad reality but it happens in the NBA and we’re expecting money to come strongly for the Warriors, which are paying the same line as Game 3.

There’s now a battle within the battle as Stephen Curry and Kevin Durant battle for the Finals MVP award. Curry had a great start to the series but went missing last game and Durant has been solid throughout and exploded in Game 3.

That saw Durant’s odds firm into $1.40, with Curry at $3 and it’s hard to disagree with bookmakers.

Punters have a good chance to double down on their bets this Saturday. Taking Golden State to win at $1.53 and Kevin Durant for MVP at $1.40 is a nice bet and it has a high chance of returning a profit.

We would love nothing more than the Cavaliers to show some fight and for LeBron not to lose his sixth NBA Finals from nine attempts, but past performances and current attitudes would suggest that the Cavaliers have given up.