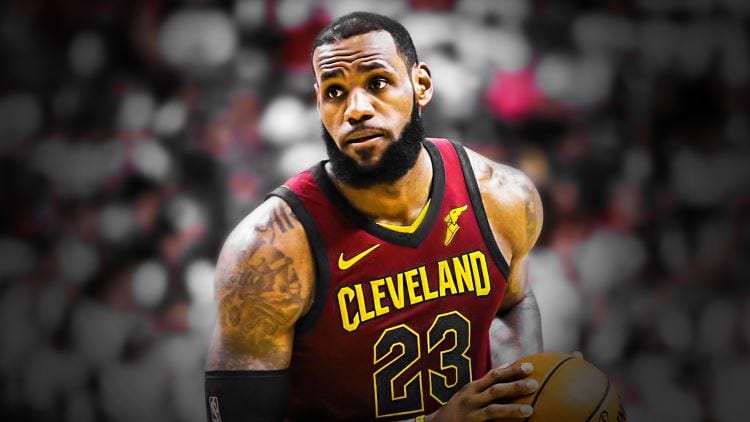 The four best NBA teams are left in the competition and the Conference Finals promise to excite fans and punters alike.

The East features LeBron James and the Cleveland Cavaliers against the Boston Celtics, which put away a talented Philadelphia in the semi-finals.

Many punters are saying the Western Conference Finals should be the NBA Finals and they’re probably right as the Houston Rockets look to get the better of 2016/2017 Champions Golden State Warriors.

Some of the best basketball is still to come this season and we tips for both series, which starts on Monday when the Celtics take on the Cavaliers at home.

Before the season started, most punters thought the Celtics and the Cavaliers would be in this position, but the road to the Conference Finals has been anything but routine.

The Cavaliers have undergone many significant team changes as the trade deadline hit, but LeBron James has again proven that he can carry a team through to the finals.

For the Celtics, having Gordon Hayward and Kyrie Irving in the team at the start of the year put them in a good position, but they won’t be playing in the finals and their depth has been called into question.

The Celtics have bonded well despite their injury problems and players such as Jalen Brown and Jayson Tatum have stepped up to the plate.

Beating Philadelphia 4-1 in the semi-finals was an indication of how good this team is.

Bookmakers have Boston as the underdogs for this series at $2.90 despite playing at home and they shouldn’t be ruled out based on the odds.

The Cavaliers are at $1.40 to win the series and given the way LeBron James is playing at the moment, we can understand why the bookmakers are favouring Cleveland.

That being said, this Boston team won’t lie down like the Toronto Raptors did in the semi-finals and it’s going to be a much closer contest than expected.

The key for Boston will be the play from Terry Rozier, Jayson Tatum and Jaylen Brown. Those three players have been hot all series long and they need them to continue lighting it up from the three-point line.

We respect the ability of the Cavaliers but they will need the supporting crew to heat up and that’s a risk for punters.

It’s the series fans have been waiting for as the Houston Rockets take on the Golden State Warriors.

The Warriors aren’t the #1 seed this season which gives Houston home court advantage and that could play a big factor in deciding this series.

Neither team loses at home at a great deal of frequency and many punters are predicting a Rockets series win, but we shouldn’t be quick to overlook the Warriors, which have flown under the radar, as funny as that sounds.

Key injuries throughout the year have limited their exposure but the starting five is now on court and the “Hampton Five” is set to play their best basketball at the right time.

The difference between the two teams is experience. We all know how well the Rockets can shoot from the three-point line and James Harden is a man on a mission, but they lack playoff experience and the Warriors have that in spades.

With players such as Kevin Durant, Steph Curry and Klay Thompson, it’s almost impossible to pick against the Warriors, despite needing to win a game on the road.

If the Warriors had secured home court advantage, they would be $1.30 favourites but we’ll happily take the $1.53 on offer.

This series is set to go at least six or seven games and we could have leaned towards the Rockets if they were paying $3.50, but there’s no value with the $2.50.