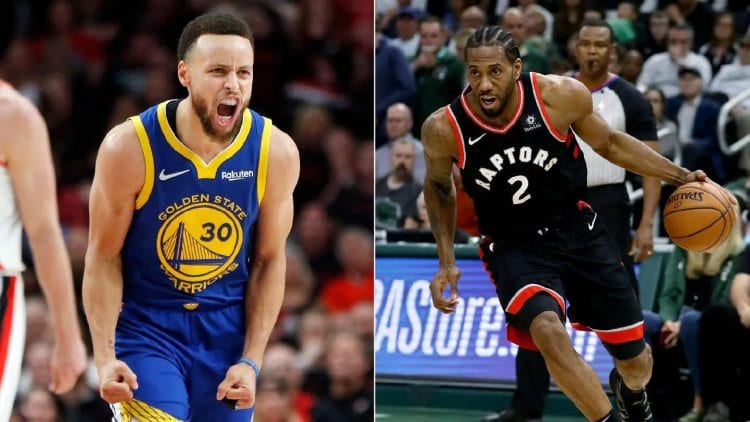 It’s a great time to be an NBA fan and punter as the Golden State Warriors and Toronto Raptors square off in the NBA Finals on Friday.

The series is expected to be a tight affair between the Warriors, which are hoping to win their fourth title in five years, and the Raptors, who have never made the NBA Finals.

In fact, this will be the first time the NBA Finals Series leaves the USA. Friday’s game will be played in Canada and it should kick off a great series.

We have expert betting tips for the NBA Finals Series, where the Warriors are the $1.33 favourites to score back-to-back titles.

The 2018/2019 season has been a strange one for the Golden State Warriors, but they’ve made it to another NBA Finals Series.

The Warriors will also need to do it without Kevin Durant, who looks certain to miss at least Game 1 and Game 2 in Toronto. Despite his injury, the Warriors didn’t have to sweat too much when beating the Portland Trail Blazers in the Conference Finals.

Stellar play from team captain Steph Curry was enough to see the Warriors through to the NBA Finals and he’s going to need to produce once again. Curry averaged 27.3 points per game during the playoffs on 47.2% from the field.

If he continues in that vein of form, the Warriors are every chance to win the series against the Raptors. If Durant does return, however, Curry’s production will drop and how that affects the team will be interesting.

Betting Boss supplied their NBA Finals Predictions and went with the Warriors to win the series and it’s tough to disagree.

They have all the experience and we’re confident they can win at least one game away from ORACLE Centre.

There were big expectations from the Raptors this season but not many predicted their quick rise to the top.

Having adopted a “team-style” atmosphere, the Raptors have been able to work through their gears and make the run when it counts.

Kawhi Leonard is showing why he’s considered the best two-way player in the game. He scored 26.6 points per game throughout the NBA playoffs and that was mostly on one leg.

His injury during the Milwaukee series is a concern coming into this series, but there doesn’t seem to be much concern from the Raptors camp. They will need Leonard to be at his ultimate best in order to win this series.

He brings NBA Championship-winning experience that his teammates do not. It’s all new for the likes of Kyle Lowry and Pascal Siakam. Those two players will need to come up big when it counts.

The concern is that Kyle Lowry disappears when his team needs him most, but he’s due a massive performance. If Lowry plays like a superstar throughout this series then the Raptors have every chance of winning.

It could all depend on Game 1 for the Raptors. If they hold home court advantage, that’s going to put plenty of pressure on the depleted Warriors team.

Raptors are getting a +2.5-game head start from BetEasy and that’s worth taking. The odds are only $1.45 (BET NOW) but we’d be surprised to see the Raptors being beaten 4-1 in this series.

The favourite for the NBA Finals MVP is none other than Steph Curry. If the Warriors are going to win, and we think they will, Curry will be the reason why.

If he plays poorly, then there’s no real chance of the Warriors getting the win. He’s a confidence player and he found the ultimate confidence in the Conference Championships.

Bookmakers are prepared to pay $1.65 for Curry to win NBA Finals MVP (BET NOW) and although punters won’t get rich, it looks the best bet.

Another solid play is Klay Thompson at $13 (BET NOW). Snubbed from the NBA all-team selections, Thompson will be out to prove he’s worth a supermax contract in the off-season. Thompson is a good two-way player who can get hot from outside the three-point line.

He’s worth a play at the odds, especially if he chimes in with a 30-point game at some point during the series.

We’re not going to leave out a Toronto Raptor. Leonard is paying $3.25 (BET NOW) and rightfully so, but if the Raptors are to win their first NBA title, Kyle Lowry could be the man on fire.

Lowry is a hot-or-cold player and he’s paying $26 for MVP (BET NOW). The voters have gone away from the normal over the last few seasons and he’s not without a chance.