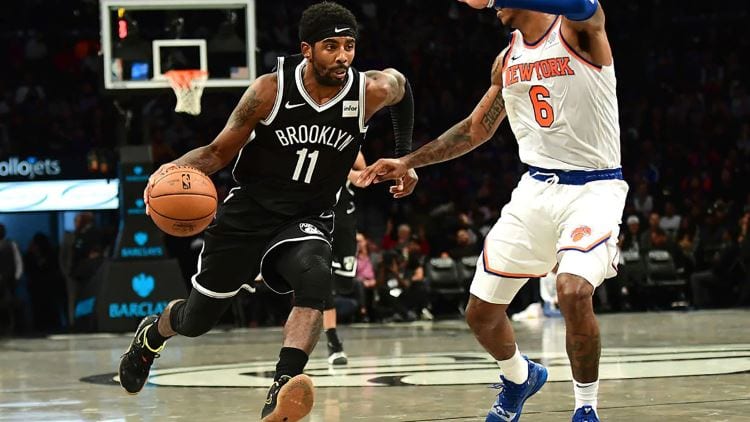 There has already been drama in the first week of the NBA and we’re loving it.

We’ll have NBA betting tips for you every Saturday!

The Houston Rockets enter enemy territory with an incredible win under their belts.

They scored 159 points when beating the Washington Wizards 159-158 on Thursday and it was an amazing display of scoring talent.

However, the defense was some of the worst we have ever seen. Defense in the western conference is never great, but this was all-time bad.

If Houston is going to stick with the Nets on NBA Saturday, they’re going to need to play on both sides of the ball.

For the Nets, it hasn’t been a great start to the season. They are 1-3, but that was to be expected with Kevin Durant sitting on the sidelines.

The onus has been on Kyrie Irving, who hasn’t disappointed. Irving is averaging 35.3 points per game on 47.5% shootings.

That’s a great clip for a player like Irving, who is always going to take a lot of shots.

With DeAndre Jordan filling the center position, the Nets could improve nicely and give Houston something to worry about.

On the back of an energy-sapping game on Thursday, Houston could be tired for this game.

Take the Nets with the points.

Boston pulled off a great win on Thursday when coming from 19 points down to beat the Bucks.

It was a concerted second-half effort by the Celtics, who were blown off the court in the first half.

They started playing great defense and that’s what makes eastern conference teams so tough to beat.

Boston has also improved its offensive production in the early stages of the 2019 season. They’re averaging 109.8 points per game and giving up only 103.3.

Riding a three-game winning streak, the Celtics will host the Knicks at TD Garden and this could be a good game for the Celtics to open up.

New York has been less-than-impressive with one win and four losses. They don’t have any legitimate leader on their team, however, RJ Barrett and Julias Randle have played well so far.

The problem for the Knicks is that their leading points scorer is RJ Barret. He averages only 18.2 points per game, which won’t win any awards.

Bookmakers have 10.5 points between these teams and that’s a good line for Knicks’ backers.

Boston should win but we’re not sure they have consecutive blowout wins in them just yet.

The season went from bad to worse for the Golden State Warriors on Thursday.

Steph Curry suffered a broken hand in their loss to the Phoenix Suns and he now joins Klay Thompson on the injured list.

Who does that leave for the Warriors? Draymond Green and a bunch of players not many NBA fans have heard of.

It’s certainly a fall from grace for the Warriors, which have been flying high over the last few years.

Scoring points is going to be tough and we’re expecting them to struggle against the Spurs on Friday.

San Antonio has made a good start to the season with a 3-0 record. All three wins have come at home, but wins against the Wizards and Trail Blazers hold up well.

DeMar DeRozan has filled the void left by exiting players and along with DeJounte Murray, the Spurs have a capable team.

They get three-point shooting with the likes of Paddy Mills, which helps space the floor nicely.

The best aspect of the Spurs at this stage of the season is their health. They currently have no players on the injured list, which doesn’t compare to seven for the Warriors.

Bookmakers have moved the line with the Curry injury and the Spurs are now the $1.38 favourites to win.

The points spread sits at –6 for the Spurs and that’s where the value is.