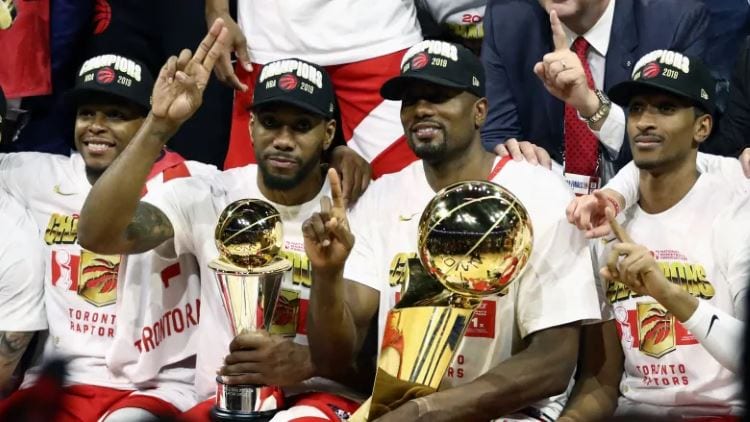 The NBA season is underway and we look at the best futures betting options on offer from bookmakers.

After years of Golden State dominance, it’s great to see a wide-open NBA Championship race where many teams could win.

Los Angeles dominates the market with both the Clippers and Lakers holding favouritism. However, there are multiple teams in the conversion to win the chip.

We look at the best tournament winner selections and all the exotic betting options in the NBA.

It’s tough to look past LA but what team are we going for? There’s one clear pick in our opinion and it’s the LA Clippers.

Trading for Kawhi Leonard will prove to be a massive move for the Clippers, who have struggled in the playoffs for years.

He’s currently the best two-way player in the game and along with Paul George, who has yet to join the team on the court, the Clippers will do well.

Leonard was good enough to take a moderate Toronto Raptors team all the way last season. He has better players at his disposal now and that’s a scary thought.

There is always a concern about defense for the western conference but the Clippers have a solid defensive core. That is going to hold them in good stead this season.

Looking to challenge the Clippers as title favourites will be the Milwaukee Bucks. They went close last year but they should only improve with time this season.

Milwaukee are the current favourites to come out of the east. They’re paying $6 to win the title and when you have the Greek Freak, you should always have a chance.

The Bucks have only one superstar, but he’s coming off an MVP season. He also has some good players around him, despite none of them being bonafide superstars.

Expect their odds to significantly drop as the season goes on. They should shorten to around $4 midway through the season, providing they have a winning record.

It should come as no surprise that our top two picks are from the Clippers and Bucks.

Kawhi Leonard is our top pick for MVP and he will likely deserve it. Bookmakers have Leonard on the fourth line of betting, but that’s likely due to his teammates.

He’s playing with better players, so his statistics won’t be as impressive as the likes of Giannis. However, it’s tough to deny that he’s not the best player in the NBA.

Punters are getting great value with Kawhi Leonard and we suggest taking the $7 on offer before it those odds drop.

Our other pick is none other than Giannis Antetokounmpo himself. The NBA doesn’t often give the same player back-to-back MVP titles, but he’s a solid play at $3.50.

He doesn’t get injured often, which also helps with MVP voting and he’s a do-it-all type of player for the Bucks.

The only thing holding him back are his free throws. It’s something he really needs to work on because he gets fouled a lot.

A smoky for the MVP title is Nikola Jokic. The Denver Nugget is highly underrated by many but a star on the court in reality.

Some experts are already singing his praises and we’re expecting his odds to drop throughout the season.

The only thing stopping him will be the record for the Nuggets. They need to win in order for Jokic to be considered as a leading MVP contender.

The Rookie of the Year race is always hotly contested and this year shouldn’t be any different.

Zion Williamson was the hot favourite to start the season but missing 6-8 weeks will put a massive dent to his chances.

He’s an amazing player but he has already become injury prone. Therefore, we’re picking Ja Morant to take the honours.

Morant is already playing good basketball and he’ll only grow in confidence as the season progresses.

Playing for the Memphis Grizzles has its advantages. There are no superstars in the team and he could dominate the statistics.

He was a great college player and if Zion remains out of action, expect Morant to be tough to beat.

The biggest danger to Morant is RJ Barrett, who has made a good start for the New York Knicks.

He’s averaging around 18 points per game and much like Morant, he could dominate the team’s statistics.

The Knicks were confident enough to take him high up the draft order and he could pay them off with a Rookie of the Year win.