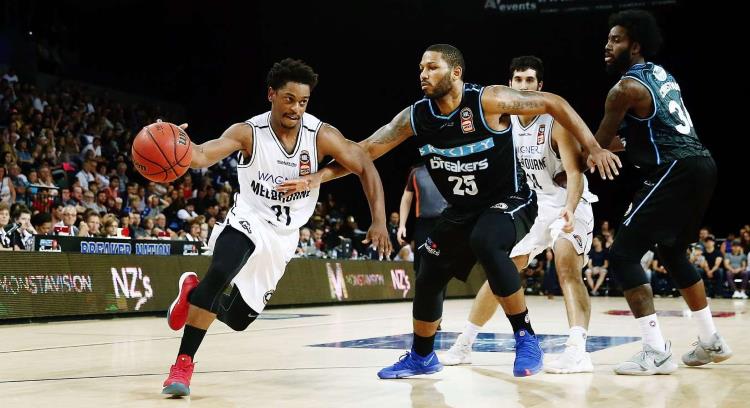 Melbourne United and Adelaide 36ers square off for the first of a potential five-game series this Friday night to determine which team gets the 1-0 advantage in the NBL Finals.

Both teams came through their semi-final series unscathed and that sets us up with an exciting final series between two offensively-minded teams.

United will call upon its superstar roster to get the better of the 36ers, which have one of the best well-rounded teams in the competition.

We look at Friday night’s game and give our best tips for Game 1 of the NBL Finals.

Melbourne United came up trumps in Auckland to score a 2-0 win over the New Zealand Breakers.

Having suffered some early season losses which were puzzling for a team of their quality, United have responded in the best way possible by making their first NBL Finals as a united venture.

Josh Boone came up with the game-winning shot to beat the Breakers in a series that looked destined to go back to Melbourne for a decider. United’s big man had a massive game and when you have a supporting crew that includes the likes of Casper Ware and Chris Goulding, you’re going to have a good chance of winning.

Boone is under an injury for Game 1 on Friday night, but coach Dean Vickerman believes he’ll be good to suit up for the game.

“It’s just a niggly little high ankle injury but he got through practice today,” Vickerman said.

“I think by the time the game comes around on Friday he’ll be fine.”

Boone leads the NBL in rebounds per game (9.5) and that’s going to be a big asset against the paint-crashing 36ers this week.

United has all the scoring talent in the NBL from the outside but having that inside man that can rise up and get rebounds is key in the NBL.

With 20 wins and eight losses on the season, United remained steady throughout some trying times and having Casey Prather back in the team makes them nearly unstoppable.

Looking to stop them will be the Adelaide 36ers, which pulled off an incredible comeback to send the Perth Wildcats packing in Game 2 in Perth.

Facing a double-digit deficit with only minutes remaining, former NBA all-star Josh Childress came up with play after play to get them back into the game.

A missed free-throw led to Childress getting his own rebound and putting the ball into the hoop with a foul to boot. That gave the 36ers a lead and it was one they wouldn’t relinquish.

There is no player than stands out for the 36ers and it’s very much a team effort. Shannon Shorter plays the point guard position well and big men Daniel Johnson and Matthew Hodgson rotate the centre position well.

High-flyer Nathan Sobey is an enigmatic player who doesn’t have the best consistency, but he’s a game changer on any given night.

If Adelaide are to be successful in Melbourne on Friday night, we believe both Josh Childress and Daniel Johnson will need to have massive games.

Johnson is criticised as being timid on the court, but he has the ability to dominate and he just needs to stay out of early foul trouble.

How do the bookmakers see it?

The bookmakers currently have United as the $1.48 favourites and the points spread line is 4.5.

The $2.67 appears to be good value for Adelaide supporters and given how much time both teams have had to prepare for this game, that’s a good price for a finals game.

No team is expected to overhaul the other and we should be in for a closely-fought contest.

United has a stacked team full of exciting talent, but there’s something about this 36ers team that is pulling us in.

United has the stars, but 36ers are a more polished team as a unit. The 36ers are set in their ways and that’s a positive going into such an important game.

United could show some nervousness in Game 1 and the value is clearly with the 36ers at +4.5 points.