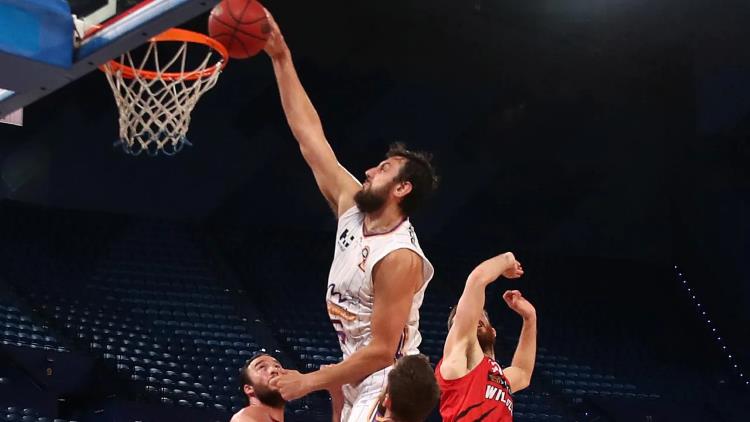 We have expert betting tips for Game 3 of the finals between Sydney Kings vs. Perth Wildcats this Sunday evening.

The Sydney Kings entered RAC Arena on Friday night expecting a bumper crowd to be against them. However, with no fans allowed at the games, it has completely changed the dynamic of this finals series.

Sydney now heads back home with the series tied 1-1. Can they grab a 2-1 win on home court? Or, will Perth rebound? We look at the form of both teams and the best bets for Game 3.

We were wondering when Andrew Bogut would turn up in the finals series; turns out it was in Game 2 in Perth. The former NBA star had 19 points from 8/13 on the floor.

His effort both offensively and defensively were outstanding, and it’s one of the reasons why Sydney were able to win by 14 points. The 97-83 win was Sydney’s to control from the tip, and they did it without Caspar Ware getting hot.

Many punters believe that it’s only a matter of time before Ware gets going in the finals. He scored only eight points on Friday night, and surprisingly he had only two assists.

Jae’Sean Tate scored 20 points and put himself back into contention for Finals MVP. The American was a perfect 3-3 from three-point land. If he’s able to shoot well from the outside on Sunday, Sydney could easily take a 2-1 lead in the series.

However, Perth isn’t a team that rolls over easily. They would have been caught off guard with no fans on Friday night, but they’re a team that doesn’t give up.

One player that won’t give up is league MVP Bryce Cotton, who was outstanding again. He scored 27 points after dropping four three pointers. Cotton had help from Nick Kaye, who scored 17 points, but not a lot else.

Mitch Norton, Mason Plumlee, and Terrico White were kept to 16 points between them. That’s not going to get the job done, and if they want to win on Sunday, it will need to be a team effort.

Coach Trevor Gleeson could make some changes, as he usually likes to shake things up. If that’s the case, White could be dropped to the bench.

Sydney has the advantage heading into this game and if Caspar Ware can find his rhythm, they’ll be tough to stop.

We thought Game 2 would go under the total and it wasn’t even close. We’re expecting another low-scoring contest on Sunday, so the Under 174.5 points looks like a good bet.

Bookmakers were quick to drop the line after Game 2, but punters should feel confident about the current line. Take the Under 174.5 ($1.90) at Sportsbet.com.au, as a good exotic betting option.

The Sydney Kings could lead throughout the game, so the halftime/fulltime double is of interest. Once they get a lead, they’re good at closing out the game. Therefore, we think they could lead from the outset.

Take the $2 at Sportsbet.com.au for Sydney to lead at halftime and at fulltime.

Our final exotic bet is the game winner/total points market. We’re going with Sydney and Under 174.5 points, which pays out $2.80. It’s an excellent same-game double and provides punters with a little more value for the game.