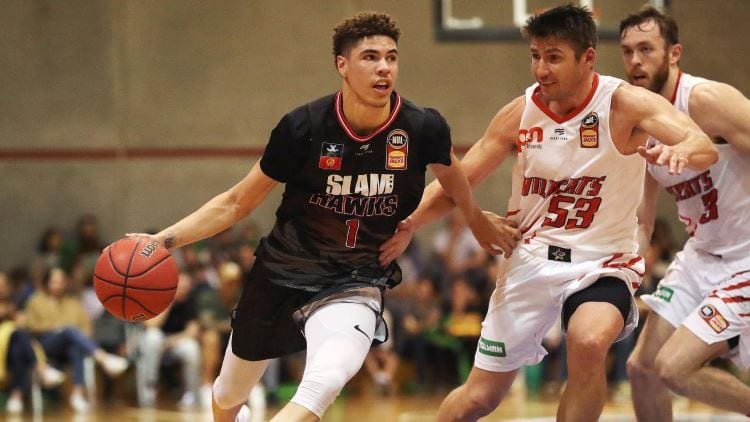 A new NBL season has arrived and we’re excited more than ever for this upcoming NBL 2019/2020 season.

A bigger and better NBL has been presented to punters this year, with nine teams now playing for the NBL title.

Action in Week 1 tips off with Melbourne United vs. South East Melbourne Phoenix – the new team on the block.

All teams except the New Zealand Breakers are in action this week and punters get four quality games to bet on.

With this being the first week of action, we don’t have any form to go on. However, team rosters and past performances will be key in Week 1.

Melbourne United won the title in 2018 before losing to the Perth Wildcats in 2019. Having that winning experience is key and also rebounding from their defeat earlier this year.

Losing Casper Ware is going to hurt Melbourne, but they have added the likes of Shawn Long and Melo Trimble.

This United team also added Shea Ili from the Breakers and he’ll come off the bench to provide them with plenty of spark.

For South East Melbourne, we’re not sure what to expect. They are the new team in the competition and their roster looks solid.

Tai Wesley, Mitch Creek and Adam Gibson are familiar names. However, their imports are relatively unknown in this competition.

Tough game to call but United should get their season off to a winning start.

The Sydney Kings are in for a big season and they are the heavy favourites to win this week.

Scoring Casper Ware from Melbourne United was the boost the Kings needed to contest for a title this season.

With a team that includes NBA player Andrew Bogut and a stack of offensive talent, the Kings are likely to be too good for the Taipans this week.

The Cairns Taipans are the biggest underdogs this week and for the season. Recent years have been a struggle for the Queensland franchise and this season looks no different.

Playing at home is always a positive for the Taipans and the opening can throw in some upset results. However, they should struggle to keep in touch with Kings on the offensive front.

This is a tough game to weigh up prior to Melbourne United playing on Thursday night. However, Perth Wildcats are always tough to beat at home.

Perth has one of the better home records in the NBL and they have a good team this season. Bryce Cotton will no doubt have another top season for the Wildcats and he’s supported by some quality players.

Terrico White and Nick Kay are both worthy of attention and that has led bookmakers to put Perth on the second line of betting at $5.50.

For this game, we can see Perth getting off to a winning start despite United having played already. Even if United score the win on Thursday, travelling to west to Perth is never easy.

Punters are getting a good price for Perth playing at home and we’re happy to take the $1.53 on offer.

We’re expecting big things from the Illawarra Hawks this season and they could get their season off to a winning start.

LaMelo Ball is set to excite the NBL after a terrific preseason Blitz and he appears good enough to lead this team to victory.

The Hawks as a team have plenty of quality players and scoring points has never been an issue for this franchise. They like to score big totals and they only need some defense to win more consistently.

Brisbane is a well-coached team but they often take awhile to find their rhythm. That bodes well for the Hawks this week and playing at home is an obvious positive factor.

Bookmakers have framed an even market but there’s good value with the Illawarra Hawks, who will be out to impress their home fans.