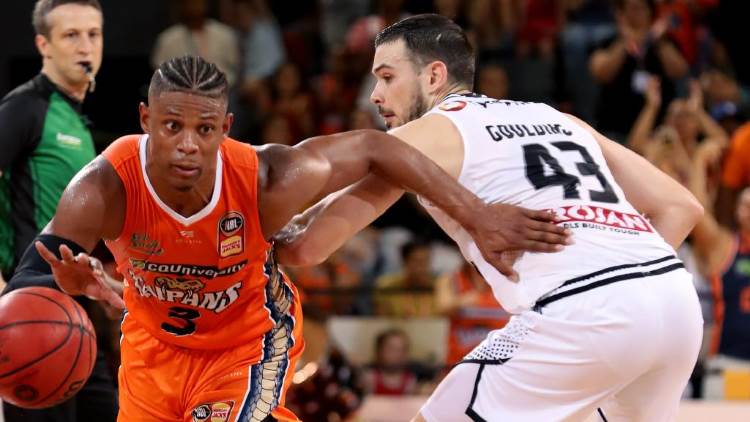 We have expert betting tips for all seven NBL Round 10 games this week.

It’s a full card of NBL games this week, which starts with the Taipans vs. Breakers on Friday night. That’s followed on the double-header card by Perth vs. Kings.

All seven games will be high-quality affairs and we have done the form to find the best value.

The Cairns Taipans have found some recent form and it’s good to see. They have won three of their last four games, including a huge win over Melbourne United last week.

Holding home court advantage is key for the Taipans and they’re starting to improve that aspect of their game this season.

The Breakers returned to winning form when beating the Hawks last week. It was a much-needed win after dropping five games on the bounce.

This is a tough game to call but we’re going with the Taipans in a close one.

This season hasn’t quite gone to plan for the Perth Wildcats. They were shocked by the 36ers last week at RAC Arena.

It wasn’t their first loss at home and given that they’re usually unbeatable at home, it has come as a surprise.

Facing the Kings isn’t about to make life any easier. The Kings are the best team in the competition and their win over United showed that.

Perth is a tough place to play but if the Kings are for real this season, winning these tough road games will be vital.

Sydney in a tight contest.

United were trucking along nicely before losing back-to-back games in Round 9. Those losses could put some doubt into this team.

Melbourne lost to Cairns and Sydney, with the latter mostly expected by NBL punters. However, losing to Cairns was a surprise result.

They’ll look to avoid three consecutive losses when taking on the 36ers, which have won two in a row.

Adelaide is a tough team to line up. One week they’re horrible and the next they’re brilliant. It’s one reason why bookmakers have a hard time making their odds.

United should be able to get back to winning form this week.

We have been disappointed with the Bullets over recent weeks. They have lost their last two games and didn’t come close to looking good.

That made it four losses from their last five games and they get another game at home to try turn that form around.

They welcome the streaky Illawarra Hawks, which have traded wins and losses over the last five games.

LaMelo Ball has recorded consecutive triple-doubles but he’s the only shining light on a team that’s void of any offensive power.

If Brisbane are wanting to make a run for the playoffs, this is a must-win game.

Consistency has been tough for the Phoenix but they scored a good win last week and could continue that momentum.

The newest team in the competition, the Phoenix have done well considering their makeshift roster.

They welcome the Wildcats, which haven’t performed up to their usual standard this season. If Perth lose to the Kings on Friday night, this will be an extremely important game.

It could keep them from losing four straight, so expect a good effort from the visiting team.

The Kings are the shortest-priced favourite of the week and it’s not hard to see why.

They are the form team of the competition, having come off a terrific win over Melbourne United last week.

Sydney does play a tough road game to open Round 10, but we’re predicting them to play well against Perth on Friday night.

They return home to play the Taipans. Cairns is improving with every game but they should find this game too tough.

Bookmakers have the line 7.5 and we’re not confident with either side to take points. Take Sydney in the head-to-head market.

The Breakers could be a team worth following in the mid-stages of the season.

They are coming off an overdue win over the Illawarra Hawks and could start to build some momentum in the competition.

New Zealand welcomes Brisbane and former Breakers coach Andrej Lemanis into town. It should be an interesting battle between two teams needing some consistency.

Bookmakers have the Breakers as slight favourites and we agree.