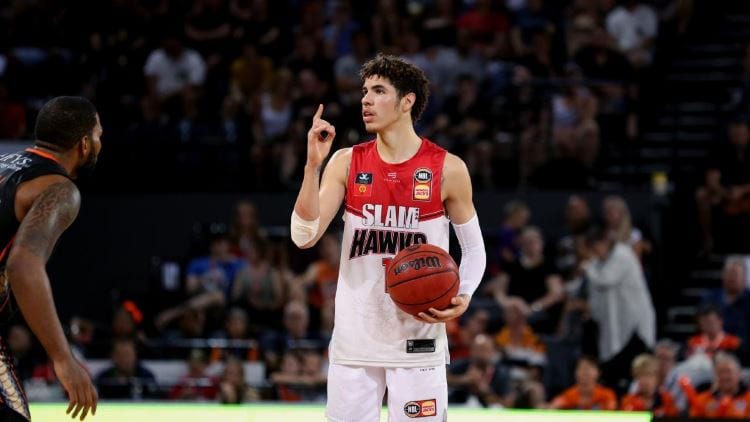 We have expert betting tips for all six NBL Round 7 games this week.

The pressure continues to ramp up this week as some teams scramble to stay in touch with the leaders.

Teams needing a turnaround include Adelaide, New Zealand and Illawarra. They’re all in action this week, which will make for an exciting Round 7.

It starts on Friday with the 36ers vs. Wildcats.

The 36ers are in dire need of a win after losing three on the bounce. They started the season well but a big change in form will be needed to hold off the Perth Wildcats.

Perth haven’t been as consistent as we’ve become accustomed to, but they’re still one of the more dangerous teams in the NBL.

Two losses from their last three games as ruined a very good start to the season. However, when you have Bryce Cotton and Terrico White in your team, worries are at a minimum.

After looking distinctly average to start the season, Melbourne United are the form team of the comp.

They have won four consecutive games coming into this and they have a chance to score another win over their Melbourne counterparts.

South East Melbourne have been trading wins over the last five games. Consistency will be for the utmost importance for the Phoenix, but facing United won’t be easy.

Bookmakers have United as the $1.41 favourites and it’s hard to disagree with that.

The Taipans had every chance to win at home last week but failed to take the opportunity.

They get another great chance to win at Cairns Convention Centre against the Brisbane Bullets, which are coming off a loss themselves.

Brisbane looked solid at the start of the season. They scored consecutive wins before losing last week, but they should have good confidence about beating the Taipans.

With a loss, the Taipans could find themselves in trouble of making the playoffs. Expect them to put up a fighting effort at home this week.

The Sydney Kings are rolling along nicely with only one loss for the season to date.

On the other hand, the Illawarra Hawks are struggling but they did find something to cheer about last week.

Their first win of the season was long overdue and despite key injuries to their squad, they pulled out all the stops.

However, facing the Kings is going to present them with an almost impossible task.

The Kings are the $1.11 favourites to win this game and the question will be whether they can cover the 11.5-point spread.

The Wildcats play their second game of the week as they travel back to RAC Arena to welcome the Breakers.

Perth have suffered a loss at home this season, but they’re a formidable team at home and the Breakers haven’t looked good this season.

We had high hopes for the team across the Tasman, but with four losses from their last five games, their season is slipping away.

Over recent seasons, the Breakers don’t have a good record against the Wildcats. We can’t see that changing any time soon given their form.

We’re expecting the Phoenix and 36ers to lose their first games this week, so this will be an important game.

Phoenix have been the steadier team this season and that could continue on Monday. They’re playing an Adelaide team which has lost three in a row and possible four after Friday.

Most of the early money has come for South East Melbourne and we’re not surprised. Expect more money to come for the home side.

$1.40 is currently on offer in the head-to-head markets.