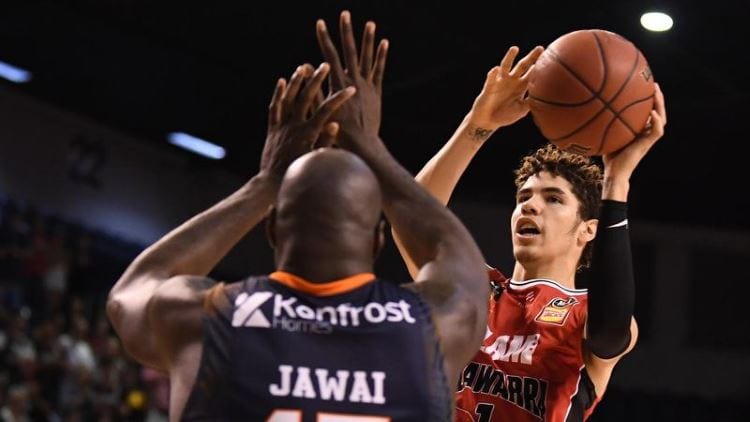 We have expert betting tips for all five NBL Round 9 games this week.

It’s a shortened week for Round 9, but that’s not taking away from the five quality games on offer for punters.

It all starts on Friday with the Taipans vs. United on Friday and closes with the Wildcats vs. 36ers on Sunday night.

Cairns did well to push the Hawks to overtime on Monday night, but it was a loss they really couldn’t have.

Losing to the Hawks is a big step back for this Taipans team, which had been gaining momentum after consecutive wins.

Now, they face a much harder task when Melbourne United comes to town. United are the form team of the competition and will prove tough to beat on Friday night.

After starting the season poorly, mostly due to injuries, United has bounced back once fully fit. Along with Sydney, they’re one of the two best teams in the competition.

What’s needed for Cairns to win? A much better defensive effort than what they showed against Illawarra. They consistently left shooters wide-open and they were made to pay.

United should take this one.

It has been a disappointing season for the New Zealand Breakers. They suffered another loss last week and it has been a long time between drinks.

They welcome the surging Illawarra Hawks, which have won two of their last three games. It was the LaMelo Ball show on Monday night, with the future #1 NBA draft pick scoring a triple-double.

They will bring that confidence into Auckland on Saturday but the Breakers won’t want to curl over and allow another loss.

They will be up for this game and that could make the difference. It all depends on the availability of a few players, but this game means a lot to the Breakers, so they should be tough to hold out.

New Zealand is currently $1.67, which is a touch short of value. However, punters should get a good run for their money.

It was been tough to follow both of these teams in recent weeks. Consistency hasn’t been their calling, but it should make for an intriguing contest.

It was a good start to the season for the Phoenix, but they have since regressed to their pre-season expectations.

Winning consistently as the new kids on the block is never easy. They’re now starting to realise that after three consecutive losses.

Bookmakers have framed an even contest, which is the likely outcome. We see good value with the home side, which needs to start living up to their potential.

Brisbane is a team good enough to contest in the playoffs.

It’s a mouthwatering game between the two best teams in the NBL as the Kings face off against United.

Both teams are in great form leading into this game and it could be an instant classic as all the best players are on show.

Andrew Bogut, Caspar Ware and Andrew Golding will be on court, and that’s just naming a few of the stars.

The Kings rebounded for their loss with four straight victories and Melbourne is riding their lengthy winning streak.

One team will come out on top and we’re favouring the Kings, but it is a tough game to call. Sydney plays well at home and they have the right formula for success this season.

Bogut is a beast on the boards and he has been tough to defend. United will need to get him in early foul trouble to win.

It’s never easy to beat the Wildcats at home and although they have been beaten at RAC Arena this year, don’t expect that to happen often.

Perth is going well enough this season to stay in the hunt for yet another run at the playoffs. Although this game isn’t a ‘must-win’ for either side, gaining the advantage will be a big bonus.

The Wildcats are looking to bounce back from a loss and the 36ers have found winning form of late, winning two of their last three games.

That being said, Perth gains another leg when playing at home and they should be too good for the visitors on Sunday night.