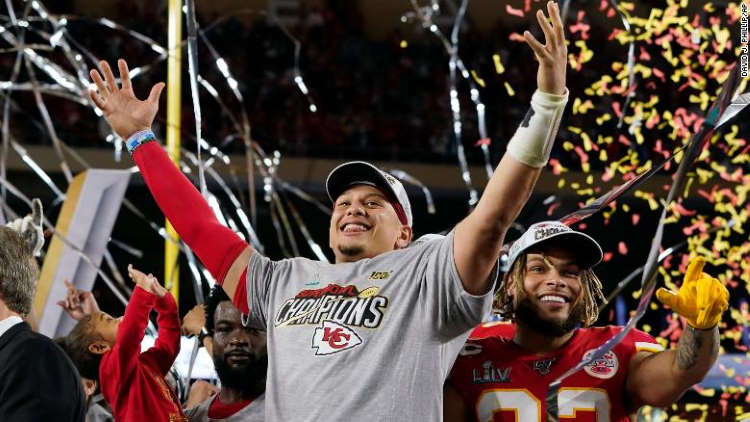 The new NFL season is only days away and we have expert betting predictions for all major futures markets.

Super Bow LV promises to be another thriller and all 32 teams are in with a chance. We also look at MVP, NFC Championship, AFC Championship, and exotic betting markets for the NFL 2020/2021 season.

Baltimore is in for a terrific season after quarterback Lamar Jackson showed off his offensive credentials last season, winning MVP in just his second year.

Jackson’s maturity increased tenfold last season and natural progression suggests he’ll be even better this season. He has a good arsenal of receivers to throw to, so Baltimore has a potent offense.

Adding to the appeal of the Ravens is their defense. It has always been excellent and although you don’t need a good defense to win these days, it helps.

Our second pick for Super Bowl LV champion is the Kansas City Chiefs. It’s not easy to go back-to-back but there is a supreme confidence with this site, led by Patrick Mahomes.

The exciting quarterback had an amazing season and despite suffering some injuries, he came out the other side and played brilliantly in the Super Bowl.

He is coming off signing a mammoth contract, but we don’t think Mahomes is the type of player to get lazy. He’ll be out to prove his worth and he have faith that Mahomes will be in for another successful season.

The Chiefs’ defense is better than advertised and although they can give up chunk yardage, they are tough to get past when it counts. Kansas City can call on this defense if Mahomes and the Chiefs offense has an off day, which is rare.

Both teams are paying $7 with bookmakers, so back them both for added security. Both teams play in the AFC, so you can also make money by backing them both in that conference.

One team will emerge from the NFC to play in the Super Bowl, and we are going with the Seattle Seahawks.

They are currently on the sixth line of betting behind the likes of the 49ers, Saints and Cowboys, but there is value with Seattle this season.

Russell Wilson is still at the helm and he only needs his offensive line to hold up. He is one of the most pressured quarterbacks in the league, but given time in the pocket, and he’s one of the best.

We are expecting Wilson and the Seahawks tough defense to be good enough this season. They aren’t the popular pick with most punters, but there is great value in the odds.

We would also entertain the Rams at $15. They are coming off a disappointing season, but that can happen in the NFL.

Expect their quality roster to measure up this season and at odds of $15, that is incredible value.

The NFL MVP race is always exciting and there are some quality players leading the betting markets.

Patrick Mahomes, Lamar Jackson and Russell Wilson are all at single-figure odds. We are selecting only one player to win, but we suggest backing Russell Wilson as a saver.

Our pick for the 2020/2021 regular season MVP is Lamar Jackson. The Ravens quarterback won the title last year and although going back-to-back is tough, we think he will be even better this season.

Jackson is a dual-threat quarterback, which means his numbers are always good. He not only picks up MVP points by throwing, but his running game earns him a lot of respect.

Punters are getting value odds at $8 and the odds should firm as the season progresses.

It’s not a market that will excite everyone, but there is good value with Bruce Arians for Coach of the Year.

The experienced coach is in charge of the Tampa Bay Buccaneers, and they have undergone some significant changes in the offseason.

Most notably is the addition of Tom Brady at the quarterback position. Gone is Jameis Winston, much to the delight of Buccs’ fans, and Brady is a terrific replacement.

Add Gronk to the mix, and the Buccaneers could be in for a much-improved season. They have weapons for Brady in the offense and the defense has always been a strength.

It could translate to Arians winning coach of the year, and the $13 is worth taking.

We are not sure how much game time he will get, but Alex Smith’s return to the NFL is already a Comeback of the Year contender.

Smith suffered a gruesome leg injury in 2018 and he required 17 surgeries to keep his leg from being amputated.

He will need time to rediscover his confidence, but the Washington Redskins quarterback will get plenty of votes in this category and the $6.50 is a good price.