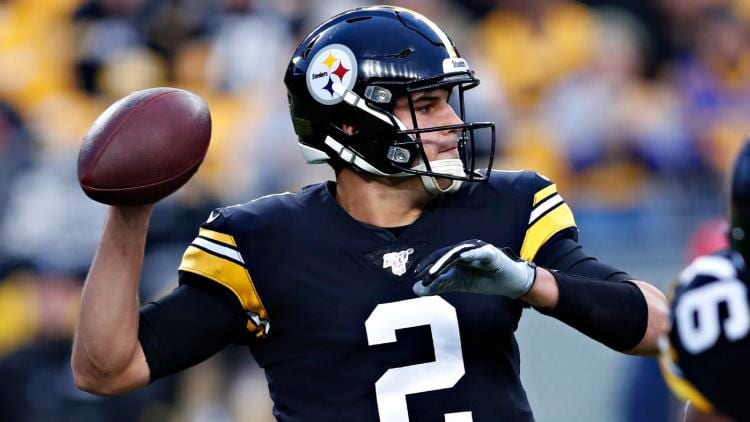 We have expert betting predictions for Week 11 of the 2020/2021 NFL season, which starts on Friday with the Cardinals vs. Seahawks.

Punters get plenty of quality NRL games to bet on this week, including Titans vs. Ravens, Packers vs. Colts, and Chiefs vs. Raiders.

After looking good to start the season, Seattle is on the back foot after losing to the LA Rams last week.

They are now at 6-3, but they remain unbeaten at home with a 4-0 record. It’s the same overall record as Arizona, who scored an amazing last second win against Buffalo.

One team has momentum, but we are expecting Seattle to get back to winning ways.

The Eagles are somehow leading their division with a record of 3-5-1, but that will be tested against a capable Browns side.

Cleveland owns a 6-3 record and they play much better at home with a 4-1 record. Having Odell Beckham out of the side doesn’t help, but they are still playing well.

It should be a close contest but we pick the Browns narrowly.

Life without Drew Brees could be tough for the Saints, and this will give the Falcons a chance of winning.

Atlanta has improved over the last few weeks, and despite being 3-6, they have a healthy quarterback who can still produce the goods.

Bookmakers are siding with the Saints, but without Brees, they could struggle.

The Bengals were given a chance against Pittsburgh last week, but they didn’t show up in what was a disappointing display.

Playoff hopes look shot for both teams and although Washington is favoured to win, we think the Bengals have more raw talent.

Joe Burrow has had a solid rookie season and he will only continue to improve with experience under his belt.

5:00am Detroit Lions vs. Carolina Panthers @ Bank of America Stadium

Not much is going right for the Carolina Panthers, who continue to suffer injuries to their star players.

Teddy Bridgewater is now on the injured list after they have already lost their running back. However, they face only an average Lions squad on Monday.

If the Panthers can muster enough from their back-up quarterback, they could do enough to win at home and improve on their 3-7 record.

The roll continues for Pittsburgh after improving to 9-0 for the first time in their history.

They have been beating quality teams along the way, including the Baltimore Ravens, so there is every chance to back them this week.

Jacksonville have been awful at 1-8, so expect the visiting Steelers to put them away with absolute ease.

Two 6-3 teams do battle on Monday morning and both teams need to start recapturing some momentum.

The Ravens were one of the Super Bowl favourites, but after some recent losses, they need to get back to their best.

Tennessee has been relying on their impressive running game, but the Ravens defense is good at stopping the run.

We give the slight edge to the home side in what should be a tough game.

The Patriots handled the wet conditions well against Baltimore last week and they are capable of winning back-to-back.

Despite owning a losing record at 4-5, they are well-coached and QB Cam Newton is only going to improve with time.

Punters are getting good odds for the Patriots, so that’s where the value resides.

Miami is rolling at the moment and their rookie quarterback has yet to taste defeat. They are now 6-3 on the season and looking impressive on offense.

They take on a struggling Denver side, which hasn’t been able to find their identity this season. They do have Melvin Gordon, but with only four touchdowns to his name, he’s not doing enough.

Stick with the hot hand and take Miami to win again.

The Jets are 0-9 on the season and it’s clear that they are playing for a higher draft pick. Punters haven’t been able to back them with confidence, so we’re going with the Chargers.

At 2-7, the Chargers have been anything but a sure bet this season. However, Justin Herbert is a front-runner for Rookie of the Year.

We don’t know if they will cover the spread, so take the Chargers head-to-head.

The Colts are hanging in there at 6-3 and with a near-perfect record at home, they will be tough to beat.

However, they have Aaron Rodgers and the 7-2 Packers to overcome. They have been playing well and with a 4-1 record on the road, they must be respected.

Indianapolis should rely on their running game, which could give them the slight edge in this close matchup.

Nothing has gone right for the Cowboys this season and they might have put the cue in the rack.

With only two wins to their name and a loss of two quarterbacks, they are struggling and those struggles could continue.

Minnesota looked solid last week and Kirk Cousins finally got his Monday Night Football monkey off his back. Expect that momentum to carry forward to this week.

Las Vegas have been going about their business this season and they shouldn’t be overlooked. However, the Chiefs are all class and they should be tough to beat.

Kansas City is 8-1 and Patrick Mahomes is having yet another MVP season. He has 25 touchdowns to date and we don’t know if they can be stopped.

Bookmakers have yet to release a line, but the Chiefs should be the $1.50 favourites.

The Buccaneers got hammered against New Orleans, but battled back nicely to score an easy win last week.

It was a much-needed performance for Tom Brady and the offense, which has looked stifled at times this season.

The Rams have also looked good and they boast a steady defense. We’re expecting a close game, but the Buccs could pull it out late.