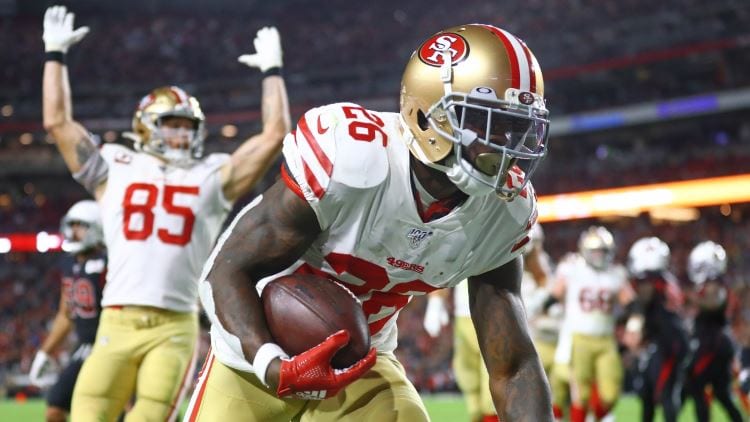 Week 13 of the NFL kicks off this Friday with a Thanksgiving triple-header.

Every team is in action this Thanksgiving weekend in the US. It starts off with three games on Friday, which is a great way to kick off Week 13.

We have expert betting tips for every game on the NFL Round 13 schedule.

We see two struggling teams take to the field here where the Bears are the favourites to win.

They currently sit at 5-6 on the season and it has been a tough season to date. Inconsistent performances and quarterback worries have dented their playoff hopes.

There’s still a chance for them, but there isn’t much chance for the Lions. Detroit typically struggles on Thanksgiving and that could continue this week.

This is a good matchup and we’re surprised the Dallas Cowboys are the –6.5 favourites.

Dallas is coming off a 13-9 loss to the New England Patriots and although the running game worked, they looked out of ideas.

They have lost two games at home this season and considering the Bills are 8-3, they’re going to be a stiff opponent.

Take the points with the Bills.

The Saints have a chance to exact their revenge on the Falcons, who stunned the Saints a few weeks back.

At 9-2 on the season, it has been mostly smooth sailing for the Saints, but they tripped up against the 3-8 Falcons in shocking fashion.

This is technically a home game for the Falcons, but they both play at this stadium and the advantage goes to the New Orleans Saints.

The Jets scored a good win last week and they’re coming up against a team that doesn’t care.

Cincinnati is dreadful at 0-11 and that record isn’t about to get any better. They’re awful and should struggle against a team which has potential.

We’re expecting the Jets to dominate.

Two 6-5 teams do battle here and punters are getting good odds for the home side.

The colts are the better team heading into this game and despite some injuries this season, they’re hanging in there nicely.

With a home record of 4-2, Indianapolis are in a solid position and it’s not like Tennessee has been terrific this season.

Stick with the home side.

We have seen a mild resurgence from the Miami Dolphins and they could push this Eagles team.

Disappointment is the key word for the Eagles at the moment. QB Carson Wentz is playing poorly and he’s not worth the big price tag.

They are 5-6 on the season and they’re currently the nine-point favourites to win this game.

Expect Miami to push them.

Green Bay got a reality check against the 49ers on Monday afternoon and punters’ confidence has taken a hit.

The big loss sees bookmakers open the line at –6.5 in the Packers favour, but we expected that line to be around the 14 mark.

New York is improving this season but their defense could get shredded by Aaron Rodgers and the Packers’ offense.

The Browns have done well to get their season to 5-6 after looking well and truly beaten to start the season.

If they’re going to make a late push, beating the Steelers is a must. Pittsburgh are 6-5 but they benched their QB last week and it has raised some doubts.

After the scuffle these two teams endured a couple of weeks back, this game could be one for the ages.

We’re picking the Browns to get the better of the Steelers.

5:00am Washington Redskins vs. Carolina Panthers @ Bank of America Stadium

The Panthers are in a must-win situation against the hapless Washington Redskins.

Carolina is 5-6 on the season and in serious danger of slipping too far behind the leaders in their conference.

Christian McCaffery has been everything we thought he would be this season and the former Stanford Cardinal could make the difference this week.

Carolina should see this as a statement game and win comfortably.

Tampa showed some life last week and that could make them tough to beat in Week 13.

They are 3-3 on the road, which isn’t overly bad and they’re coming up against a Jaguars team which has a losing home record.

The Jags are a –1 favourite on home soil but we see value with the visitors. Jameis Winston only needs to try in order to show his best.

What a Thanksgiving feast we have in store here. The 10-1 49ers face off against the red-hot 9-2 Ravens.

The Ravens have been putting up massive results against some of the best teams in the NFL. Lamar Jackson has been the best player in the NFL this year and it will be interesting to see how he plays against this defense.

San Francisco are a perfect 5-0 away from home and they’re tough to beat. However, keeping up with the high-scoring Ravens offense won’t be easy.

The Rams need to bounce back after a thrashing at the hands of the Baltimore Ravens on Tuesday.

That’s not going to be easy for this team which is struggling with confidence issues, having lost in the Super Bowl last season.

Standing in their way are the Cardinals, which are 3-7-1 but they are a decent team on their day.

Rams should be able to take advantage of an inexperienced Cardinals outfit.

It’s hard to get excited about either the Chargers or the Broncos this season.

However, the Chargers have shown glimpses of being a good team and at 4-7, they need to start winning consistently.

This game won’t be the most-watched game of Week 13, but punters should enjoy the value on offer.

Not many punters expected the Chiefs to be at 7-4 on the season, but they’re not as good as originally thought.

That’s not the fault of Patrick Mahomes. He can’t be expected to play at a crazy level for the course of the season.

The Chiefs are defensively weak but we’re expecting better this week. They could teach Oakland how to score.

Oakland is 1-4 away from home and that’s a big concern.

The Patriots enter this game with a 10-1 record and once again, they’re not getting much respect in the betting.

Bookmakers have the Patriots as –3 favourites, despite coming through a wet and windy game against the Dallas Cowboys in fine style.

Houston is a good side, but there are big holes in their defense. Look for Tom Brady to expose that and come away with their 11th win of the season.

Seattle is a team to be reckoned with this season after going 9-2 through the first 11 games.

They face the 8-3 Vikings, who we believe aren’t as good as advertised. We see a much better outfit with the Seahawks, which has a winning record at home.

Russell Wilson is an MVP candidate and he should be able to lead his team to another win on Tuesday. 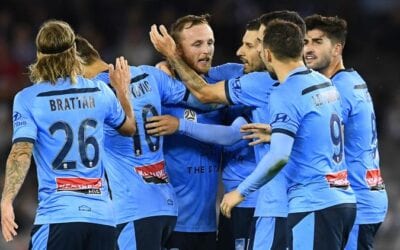