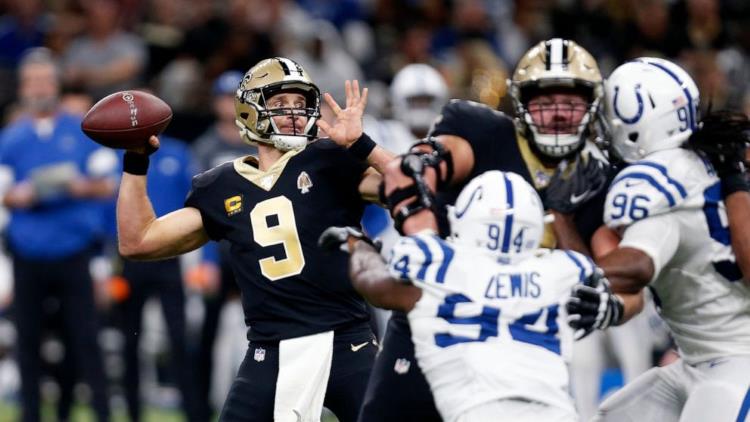 Week 16 of the NFL kicks off this Sunday with a tripleheader.

This week takes us all the way to Christmas Eve when the Packers play the Vikings in a massive rivalry game on Tuesday.

We have expert betting tips for every game on the NFL Round 16 schedule.

The Texans got back to winning form last week and they’re facing a Buccaneers team without many players.

Tampa Bay has been playing well of late but with those wins have come injuries. That could take its toll on Sunday morning and coupled with their 2-4 losing record at home, we’re going with the Texans to win.

This is always a classic matchup between two teams that are headed for the playoffs.

Buffalo scored a gutsy win over Pittsburgh on Monday and the Patriots continue to do what they do best.

Bookmakers have the line at 6.5, which plays into the hands of the Bills. They are an improved team this season and should be able to keep this game close.

San Francisco were shocked by the Atlanta Falcons last week but it wasn’t a game they needed to win.

The mindset should change for this game as they try to make life much harder for the Rams, which desperately need the win.

There is little doubt that the 49ers are the better team with the 11-3 record and they should score a comfortable win.

It has been hard for punters to follow the Atlanta Falcons over recent weeks. They have improved significantly but can they keep it up?

The season is over the both sides, so they’re playing for pride. Atlanta scored a big win over the 49ers last week and there aren’t too many positives coming out of the Jacksonville camp.

Covering a 7-point spread won’t be easy but Atlanta should get the job done.

Baltimore are the favourites for this game and it’s not hard to see why. The 12-2 team are the Super Bowl favourites after a tremendous season.

Lamar Jackson is the front runner for MVP and he should be able to lead his team to a win over the Browns.

Cleveland couldn’t beat Arizona last week and that doesn’t bode well against one of the better teams in the NFL.

Saints are 11-3 on the season and despite playing away from home, they are the current favourites to win.

Take nothing away from Tennessee. They were beaten last week but they made a good of it late.

New Orleans are the more professional side and they have an away record of 5-1, so no concerns there.

It has been a disappointing season for both teams and we’re not sure which teams comes in the better.

Both sides lost last week and we think Carolina looked slightly better in their loss. Indianapolis were trounced by the Saints and that could be tough to recover from.

Carolina is getting seven points from bookmakers and that’s too good to pass up.

This game won’t set viewership records. Between them they have only four wins and 24 losses.

However, Miami has looked a better team in recent weeks and they get the advantage of playing at home.

Punters will find it tough to back either team with any confidence, but Miami should give you a good sight.

Pittsburgh are sticking with their third-string quarterback after throwing four intercepts against the Buffalo Bills last week.

We’re surprised to see the Jets as home underdogs here. We know the Steelers are still in a playoff position but that doesn’t make them a good team.

Jets own a winning record at home and they could get the job done in a slight upset.

The Giants and Redskins could be an instant classic. Or, it could be what we’re expecting it to be.

Two 3-11 teams do battle in Washington this Monday morning and picking a winner won’t be easy.

Washington is the –2.5 favourites following a solid performance last week but the Giants have Saquon Barkley.

For that reason, we’re going with the Giants.

The Lions have committed to keeping their coach and GM after another losing NFL season.

It all started so positively for Detroit, but they have regressed by to their losing ways. The same could be said for the Broncos.

Denver is 5-9 on the season and although it has had some shining moments, they have been rare.

Detroit could make a statement here and support their coach with a win.

Oakland got dealt a cruel blow last week and it was one that effectively ended their season.

This is another game where both teams have losing records but look for the Raiders to muscle up and bounce back.

The Chargers have been far from impressive this season and we can’t see how they’re the 6.5 favourites for this game.

The winner of this game will likely progress through to the playoffs, so it’s all on the line in Philadelphia.

Dallas were big winners last week and the Eagles needed a late comeback to get past a team they should have beaten with ease.

They are hard to play at home but this Dallas team has a bigger ceiling and they could finally win a game when it counts most.

Arizona did well to win last week but they’re facing a much better team than the Cleveland Browns.

Seattle should run deep this season and they will be looking at this game as one of their easier recent assignments.

Russell Wilson has made his claim for MVP and they should cruise home against the Cardinals.

The Bears are surviving this season but it could be about to end as the Chiefs come to town.

Kansas City has disappeared from Super Bowl calculations but we’re not sure why. They have improved to 10-4 and that’s with an away record of 6-1.

Patrick Mahomes isn’t having the season he had last year but that was a touch benchmark.

The Chiefs are the better team and we should see why on Monday afternoon.

It’s a rivalry game to close Week 16 and what an incredible game it could be.

It sets up for a massive game on Tuesday where the Vikings are the 4.5 favourites over their rivals.

Kirk Cousins has had a career year but winning the big games has always been a problem for him. Can he get the job done when it counts? Or will the Packers score another primetime game?

We’re going with the Packers.