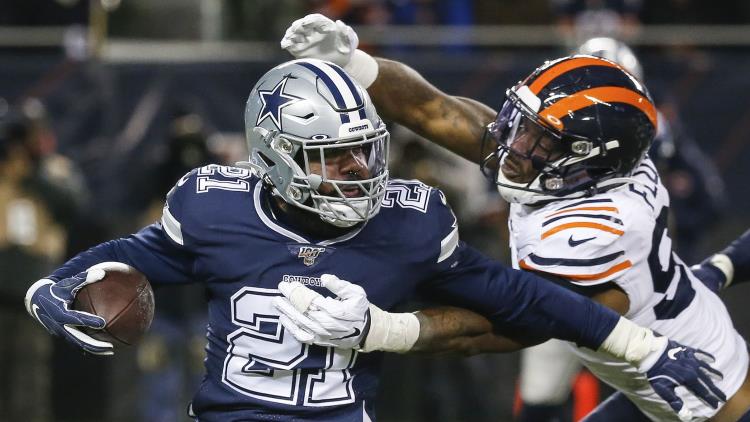 We have expert betting predictions for Week 17 of the 2020/2021 NFL season, which starts on Monday.

It is the final regular season round of the NFL and some teams have everything to play for. The big games in Week 17 includes Dolphins vs. Bills, Steelers vs. Browns, Packers vs. Bears, and Cardinals vs. Rams.

The Bills looked stellar against the Patriots last week and they could ride that momentum into the playoffs. It’s unsure who will line up for the Bills, as they could give their stars a rest, and the Dolphins aren’t an easy team to beat.

Miami scored an incredible win over the Raiders last week and they are capable of scoring another upset result. Punters should get a value line when bookmakers release the head-to-head market.

It wasn’t been a stellar season for the Ravens but they are in a good position to enter the playoffs with an 11-5 record.

The Bengals have caused some teams problems over the last few weeks, but they shouldn’t be able to keep up with the high-powered Ravens offense.

Expect Baltimore to get the job done convincingly and take in some momentum.

Pittsburgh has qualified for the playoffs and they will be resting most of their top players this week after scoring an incredible win over Indianapolis.

Cleveland is 10-5 and needing the win, so bookmakers have them firm in the head-to-head betting, despite losing to the Jets last week.

It’s an interesting game but we like Pittsburgh’s second-string team to keep it close.

Minnesota had a chance to make the playoffs but now with a 6-9 record, their chances have been dashed.

The same goes for Detroit, who have a 5-10 record but they haven’t looked as bad in recent weeks. We are not sure who is lining up for either team this week, but it should be a close game.

The Vikings could have the advantage if they field a team that includes Kirk Cousins.

The Jets scored their second win of the season last week and it cost them a chance at the #1 draft pick. However, it was good to see this team play with some pride.

New England were poor against Buffalo and a serious change at the quarterback position is needed to succeed next season.

It’s the first losing year for Bill Belichick in who knows how long and the Jets could add the exclamation point on Monday.

Dallas somehow has a chance of making the playoffs despite a losing record of 6-9. They need to win this game and have Washington lose, so it’s all on the line.

The Cowboys scored a big win over Philadelphia last week and despite injury problems this season, they are still in with a shot.

New York isn’t much in the way of opposition and the more desperate team could come out ahead.

The Falcons have produced some head-scratching performances this season and despite a talented team, they haven’t been able to perform.

They are 4-11 on what is another dismal season, so facing the 10-5 could result in yet another loss for the 2016 Super Bowl finalists.

The Buccs should take this game comfortably on home soil.

Green Bay is one of the most underrated teams in the NFL and they showed why when beating Tennessee with ease last week.

They are currently 12-3 on the season and a win over Chicago would give them plenty of momentum heading into the playoffs.

Chicago won’t be easy to get past, but we’re not backing against the Pack here.

Jon Gruden made a shocking coaching decision last week and it cost the Raiders any chance of making a playoff push.

They gave up a two-point lead with only 19 seconds on the clock and we’re not sure they’ll be able to recover in time to play the Broncos.

Denver has also been bad this season, but they could be the more relaxed side on Monday morning.

It was a costly loss for the Colts against Pittsburgh last week, but they face the worst team in the NFL on Monday.

The Colts held a big lead over the Steelers and didn’t score a point in the second half. It was tough to watch for Colts fans, but bookies have them as $1.09 favourites against Jacksonville.

The 1-14 franchise secured the top draft pick, so they might try win. However, they won’t get close against a hungry Colts side.

The game is currently off-the-board because it’s unsure whether Patrick Mahomes and the Chiefs’ stars will be playing.

LA hasn’t been too bad this season with a rookie QB, so if Mahomes doesn’t play, the Chargers are more than capable of pulling off an upset.

We expect Mahomes to be resting on the sidelines, so watch the market with this game.

It was looking good for the Cardinals mid-way through the season, but they are now 8-7 and in real trouble.

They need a win over the Rams to make the playoffs, but the health of Kyler Murray is still in doubt. Arizona needs their star QB to have a chance, but there is more momentum with the Rams.

LA plays at home, where they own a 5-2 record. That could be enough to see them squeek past the Cards.

Seattle limped their way into the playoffs but they should be able to account for the struggling 49ers.

San Francisco is 1-6 on home soil and although their home has been in Arizona, it hasn’t been a happy hunting ground for them.

The Seahawks need to find some form heading into the must-win stage of the season, so we have them clearly on top.

The Saints are likely to march into the playoffs with a win under their belt and they are a team to be feared. Drew Brees will only get better with more time under his belt and they are facing a 5-10 Panthers side.

Carolina does have the ability to cause an upset, especially if Teddy Bridgewater balls out and throws down the field.

However, we wouldn’t bet against the Saints in this situation.

Needing a rebound win are the Titans, who were thrashed by the Green Bay Packers in the snow last week.

It wasn’t an easy game to play, but we expected more from this team. Ryan Tannahill was particularly poor in the snow, but we didn’t see much of Derrick Henry either.

Houston have been poor this season with an 4-11 record. Therefore, Tennessee has a great chance to get back on the saddle.

Washington didn’t help their chances of making the playoffs last week, so beating the Eagles is a must-have.

They are capable of beating many teams in the NFL, but inconsistency at the QB position and now the release of Dwayne Haskins as them in all sorts.

Philadelphia is just as bad, if not worse. They are 4-10-1 after leading the division earlier this season, so it has been some drop off.

We will take Washington in a close game, but it could go either way.