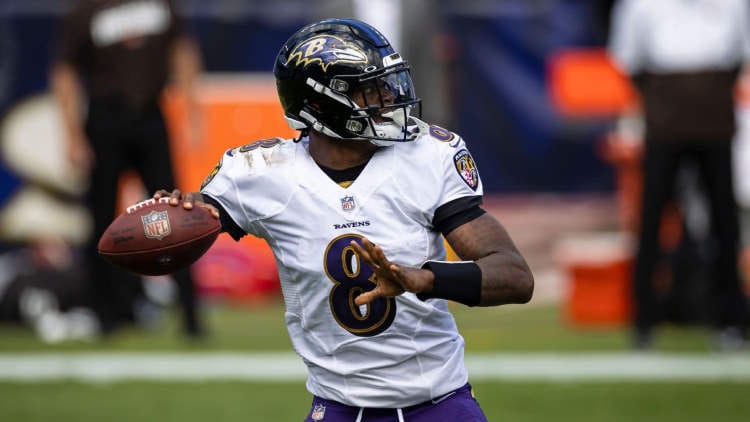 We have expert betting predictions for Week 2 of the 2020/2021 NFL season, which starts next Friday with the Bengals vs. Browns.

The quality of action was high in Week 1, and it’s expected to get better as the season progresses. Which teams will make their early Super Bowl bids this week?

The Bengals were desperately unlucky not to win against the Chargers last week. An offensive pass interference call denied them the game, and a missed chip-kick denied them a chance in overtime.

It was a much more straightforward loss for the Browns, who were smashed by the Baltimore Ravens. However, they are expected to bounce back this week.

The Giants had their chance to beat the Steelers on Tuesday, but they made costly errors at the wrong times.

Daniel Jones turned the ball over in the red zone at a crucial moment, and running back Saquon Barkley had an off night.

Chicago scored 21 points in the last quarter to get past the Lions, which was a terrific comeback performance. They will take plenty of benefit from that performance.

Atlanta were dominated by Seattle in the opening week but they get a good chance to get a win on the board.

The Falcons face the Cowboys, who are the better team but they picked up some key injuries in their loss to the Rams.

They shouldn’t be the $1.36 favourites to win this game, so we are taking the value for the Falcons.

Just when it looked as though Detroit had secured a Week 1 win, they give up three unanswered touchdowns in the final quarter to lose.

The dip in confidence could be exposed by a Green Bay Packers team that looked impressive when beating Minnesota.

Aaron Rodgers threw four touchdowns and he was back to his best. If Rodgers plays in a similar fashion, the Packers should win comfortably.

The Jaguars scored an upset win over the Colts last week, and that should hold them in good stead against the Titans.

Tennessee also scored an upset win over Houston, despite missing four kicks throughout the game. They should have won more comfortably, but the win is on the board.

The Titans are firm favourites to win this game, and if Derrick Henry can run for over 100 yards again, they should take it.

Phillip Rivers though coming to Indianapolis would result in more success than he had with the Chargers, but it didn’t happen for him in Week 1.

Rivers was economical with 36-46 passes hitting the target, but he threw for only one touchdown. Their loss to the Jags was unexpected, so how they bounce back will be interesting.

The Vikings were average against Green Bay, and they looked worse than the Colts. Therefore, we’re going with Indianapolis to win.

The Bills kicked off their season with a 27-17 win over the Jets, and the quality of opposition doesn’t get any harder this week.

Miami were flat against the Patriots, scoring just 11 points. Quarterback Ryan Fitzpatrick had three interceptions, which didn’t help their cause.

Buffalo is the better side and that should be evident on Monday.

Not many predicted the 49ers to lose last week, but they couldn’t get much going against Arizona.

San Fran is expected to bounce back against a Jets side that is in for a tough season. We are expecting Jimmy Garappolo to be better at the QB position and Mostert to run the ball with more power.

The 49ers starting 0-2 seems likely, especially against the quality of opposition they have faced so far.

The Rams did the job nicely against Dallas last week, and they are favoured to beat the Eagles in Week 2.

Los Angeles were expected to have a tough season, but they looked like the 2018 Rams against the Cowboys.

Philadelphia blew a 17-0 lead against Washington, so they will need to play much better in the second half this week.

Take the Eagles at value odds on home soil.

Denver had its chance to beat the Titans on Tuesday, but they couldn’t complete the comeback.

A better effort will be needed against a Steelers team that owns one of the better defenses in the NFL. They showed that when beating the Giants in Week 1, and we’re expecting that form to continue.

Bookmakers have the Steelers as favourites and with Big Ben at the helm, they should score a comfortable victory.

The Buccaneers didn’t get a stellar performance from Tom Brady last week, but they will improve with time.

They made a comeback in the second half, but it wasn’t enough to beat a slick Saints outfit. Facing the Panthers will be easier, and we’re expecting a quick bounce-back effort.

Bookmakers agree, setting the line at 9.5. That favours Buccaneers’ backers, so take them to win comfortably.

Washington completed an incredible comeback to beat Philadelphia last week, and that could give them confidence going forward.

However, Arizona were impressive when beating San Francisco, and Kyler Murray didn’t even have his best game.

With a year of growing under their belt, Arizona could be a tough team to beat this season. They should be winning this game at home.

The Chiefs kicked off their season with a comfortable win over Houston, and we’re expecting that success to continue.

They face a Chargers side coming off a Week 1 win, but the quality opposition is vastly different than what they faced last week.

Patrick Mahomes looked incredible against Houston, and he should lead the Chiefs to another easy win.

The Texans are a side that can give good teams some problems, but the Ravens looked too polished.

They are coming off an easy Week 1 win against the Cleveland Browns, and although Houston’s defense is better, Baltimore has a top offense.

Lamar Jackson put up his hand for back-to-back MVP titles, and he could add to his touchdown tally this week.

A close game is expected between the Patriots and Seahawks, but we are giving the edge to Seattle.

They looked excellent against the Falcons last week, and although the Patriots are harder to beat than Atlanta, Seattle is a good bet.

Bookmakers have the margin at –4 for Seattle, which is good value.

The Saints looked good against the Buccaneers in Week 1, and they should get the job done over the Raiders.

Moving to Las Vegas seemingly helped the former Oakland-based franchise, but they are about to face one of the best offensive sides in the league.

We can’t trust Derek Carr, so stick with the Saints to go 2-0.