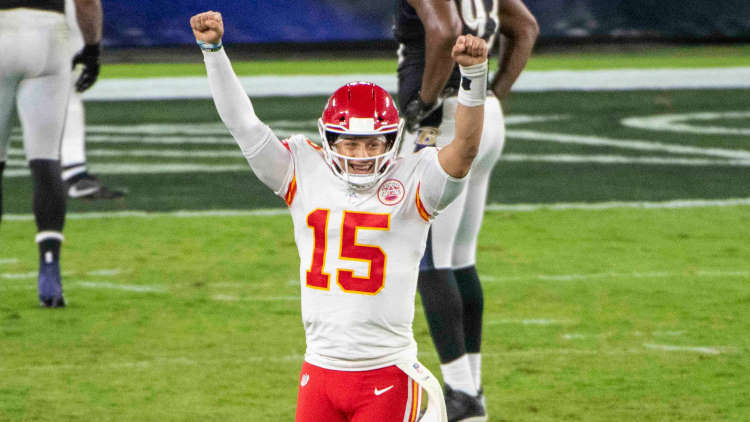 We have expert betting predictions for Week 4 of the 2020/2021 NFL season, which starts this Friday with the Broncos vs. Jets.

NFL fans have been treated to some quality games this season and we’re expecting the great action to continue in Week 4.

Both the Broncos and Jets have yet to win a game this season, but that should all change this Friday afternoon.

Denver and New York have been disappointing to start the season and they will need to improve if they want to make the playoffs.

The Broncos have looked slightly better, so we’ll go with them.

A high-quality game is expected here as the 2-1 Colts face the surprisingly unbeaten 3-0 Bears.

Injuries have made life tough for the Bears, but they continue to win. However, they will be hard pressed to stave off the Colts, who are maturing with Phillip Rivers at the QB position.

It should be a competitive game but the slight edge goes to the Colts.

The Bengals almost got their first win of the season last week, but they had to settle for a draw. It was an encouraging effort, despite giving up the lead late.

Jacksonville didn’t fire a shot last week, but they have had plenty of time to recover. They will need to be much better, otherwise a 1-3 start looms.

Stick with the Bengals as they have the more exciting quarterback.

The Browns have their first winning record for a long time, which should give them plenty of encouragement.

After starting 2-1, they now face the 1-2 Cowboys, who have been inconsistent to start the season. Injuries haven’t helped, but punters expected more from the popular betting team.

Bookmakers are siding with Dallas and we have to agree. They have the better team and should come out firing.

New Orleans were soundly beaten by the Packers last week and they will need to bounce back against Detroit.

The Lions got their first win of the season last week and it was much needed. They didn’t want to start 0-3 on a season that had high expectations.

However, the Saints are tough to beat and with Drew Brees getting better with every pass, they should be able to light up this Lions defensive outfit.

Two undefeated teams square off and the bookmakers have the Steelers as only slight favourites.

We thought the Steelers would be paying $1.50 to win this game, so punters are getting good value with the $1.70 odds.

The Titans are a quality outfit, but the Steelers have star talent and should be too good for their opposition on Monday morning.

Miami got on the board against Jacksonville last week but they are about to face a team with Superbowl aspirations.

Seattle has been stellar to start the season at 3-0, and we think their winning run will continue. Miami could be in for a shock this week, and this game could be over in the first half.

Go with the Seahawks to score a comfortable victory.

Tom Brady had a shaky start to the season but he has the Buccaneers going along nicely now at 2-1.

They are starting to find their rhythm and that could be bad news for the Chargers, who are struggling at 2-1.

Having home ground advantage helps the Buccaneers and we are not surprised at the short odds available with bookmakers.

Baltimore was disappointing against the Kansas City Chiefs on Tuesday, but they get a great chance to bounce back.

Washington isn’t close to the same class as the Chiefs, and Baltimore should be able to put up a big number on the board.

Bookies have the line at 13 points and that should be comfortably covered by a team looking to avenge their first loss of the season.

4:00am Arizona Cardinals vs. Carolina Panthers @ Bank of America Stadium

Arizona has been a surprise package this season and second-year quarterback Kyler Murray has been impressive.

For Carolina, Teddy Bridgewater has been solid at the QB position with two touchdowns and a good completion percentage. However, he doesn’t look like his old self at the moment.

The Cardinals could continue their good start to the season with another victory.

The Texans have had a tough start to the season and they will enjoy the easier opposition this week.

Having faced three of the best teams in the NFL, it’s not surprising to see them 0-3. However, they still have Deshaun Watson and he’s a quality quarterback.

The Vikings are also 0-3 but their strength of schedule has been much worse. Expect the Vikings to struggle once again.

The Rams made a comeback late in the game last week but they came up just short. It was a good effort and that effort should pay off against the Giants.

New York is in for another long season after starting 0-3, and with their star running back out for the season, it won’t get any better.

The Rams are the firm favourites and rightfully so.

Is there any stopping the Chiefs? They were simply terrific when beating Baltimore and quarterback Patrick Mahomes was able to get whatever he wanted.

They face another tough opponent in Week 4, but the Chiefs should be able to score another convincing win.

Bookmakers have the line at 7, but we are expecting that to move to around 9.5 come game day.

Buffalo almost choked against the Rams last week, but they completed a late drive to remain a perfect 3-0.

They led 28-3 but trailed 32-28 late in the game. It was up to QB Josh Allen to lead them down the field and complete the comeback.

The Raiders are 2-1 following their loss to New England, but they have looked solid so far. It should be a close game and bookmakers have framed it as such.

Punters don’t have much confidence in either team, but most of the action should come for the 49ers.

Despite some injuries to their key players, the 49ers have carved out a 2-1 record. They could improve to 3-1 against the Eagles, who were lucky to get a draw with the Bengals.

We are expecting the home side to come out with more ferociousness this week.

The Falcons produced yet another choke last week and punters have lost all faith in Matt Ryan and the Falcons.

Looking to add to their pain is the 3-0 Packers, who scored an upset win over New Orleans last week. They will look to beat another dome team on Tuesday, and they are at short odds to do so.

The Packers should put up a number on the Falcons.