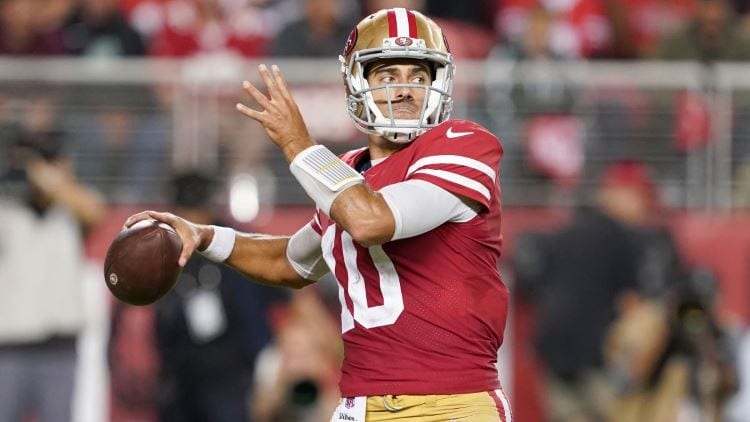 We have expert betting predictions for Week 6 of the 2020/2021 NFL season, which starts on Friday with the Giants vs. Eagles.

Punters get plenty of quality NRL games to bet on this week, including Steelers vs. Titans and Seahawks vs. Cardinals.

The Giants scored their first win of the season last week and they will be looking to continue that momentum into Week 7.

However, despite a record of 1-4-1, Philadelphia are never easy to beat at home. With Carson Wentz slowly improving, expect the Eagles to come away with the victory.

The Falcons got their first win of the season last week and it was a solid performance from the struggling outfit.

Detroit also looked impressive and this will be a tough game for punters to weight up. We are going with the Lions, who should enjoy playing in the dome environment.

Trusting Atlanta is tough and there is value in the head-to-head market with Detroit.

The dismal record against Pittsburgh continued for Cleveland last week, and they didn’t do their title chances any good.

However, they are 4-2 on the season and should be able to bounce back against a Bengals team that blew a 21-point lead last week.

We can’t back the Bengals knowing they have the capability of blowing a big lead.

Two unbeaten teams do battle on Monday morning and the market has framed an even market.

The Steelers are the slight favourites having beaten the Cleveland Browns comprehensively last week. However, the Titans are going nicely at 5-0, despite injuries and Covid-related omissions.

Pittsburgh is a team that has Super Bowl ambitions, so we’re confident of their chances.

The Panthers have done well to be 3-3 but they could struggle to beat the New Orleans Saints.

Carolina hasn’t been favoured by bookmakers at $3.80 and that reflects their chances of winning away from home.

It would be wise to stick with the Saints in this situation.

Whatever the opposite of flying is, that’s best to describe the Jets. They are grounded at the moment and not cleared for takeoff.

A 0-6 start has them in desperation mode, but the same can be said for Buffalo, who have dropped their last two games are starting 4-0.

The Bills are the better team and they could take out their recent frustrations on a poor Jets team.

Washington has a great chance to get their second win of the season as they face a Dallas team coming off an embarrassing loss.

They might have lost their starting quarterback, but their performance against Arizona was laughable. Ezekiel Elliott couldn’t hold onto the ball, and they won’t win with that recipe.

Washington isn’t a good football team but they might be better than Dallas.

Houston choked last week, giving up a huge lead to the Tennessee Titans and losing in overtime.

It was a tough loss for the 1-5 team but an even harder loss was taken by the Packers, who were outplayed.

They lost their first game of the season because Aaron Rogers was hounded. He threw multiple intercepts, but expect a much better showing in Week 7.

Seattle continues to look impressive this season after starting 5-0. They are a well-balanced side, and they will have to be against a confident Cardinals outfit.

The Cardinals were helped out by an awful Dallas side last week, but they were still impressive. Kyler Murray was explosive and their defense stood up.

They are good enough to beat Seattle and we’re predicting an upset.

The Chiefs continue to impress and although they can look average at times, it’s only a matter of time before the offense gets rolling.

They were held in check against Buffalo for the first quarter last week, but Patrick Mahomes is pure class. He can get any throw he wants and they were also able to establish their running game.

Denver could be in for a long night, especially with the ball travelling further in altitude.

The 49ers returned to form with a classy win over the Rams last week and that momentum could carry over.

Conditions won’t be the same in New England, but the Patriots don’t look the same without Tom Brady at the helm.

Cam Newton is inconsistent and when he’s not on his game, he is wild. The 49ers are the steadier team and they could keep their away record intact.

There is only two wins between these teams this season, but the Chargers have looked like a much better outfit.

They have a rookie quarterback, who will get better with time and they should be able to pick up their first home win at SoFi Stadium.

Bookmakers have installed them as the short favourites and we agree.

The Buccs are currently at 4-2 and they were impressive last week when beating up on the Green Bay Packers.

It was a complete performance and one that should put fear into the eyes of the Raiders, who are at 3-2 on the season.

Bookmakers are siding with the Buccaneers on the road, but the Raiders have talent and could score the upset.

The Bears continue to defy critics at 5-1 and they have a legitimate shot at beating the Rams in LA this week.

Chicago has relied on team play as opposed to individual brilliance, and the same can be said for the Rams. Jared Goff has been steady and his receiving corps has done their job.

We are expecting a close game and the Bears could cover the spread.