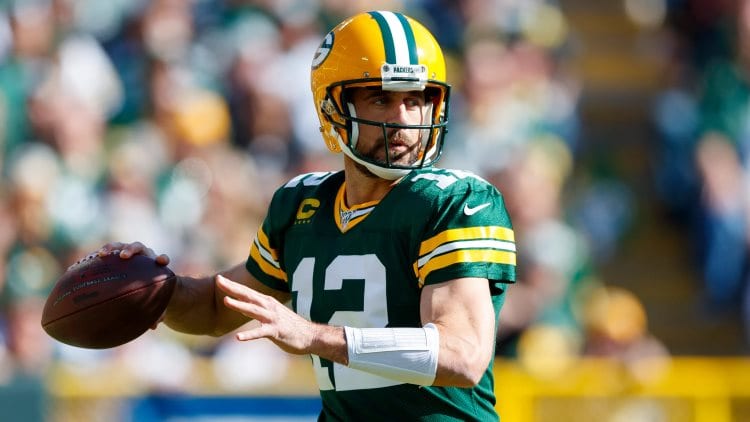 We have expert betting predictions for Week 8 of the 2020/2021 NFL season, which starts on Friday with the Falcons vs. Panthers.

Punters get plenty of quality NRL games to bet on this week, including Patriots vs. Bills and Steelers vs. Ravens.

11:20am Atlanta Falcons vs. Carolina Panthers @ Bank of American Stadium

Atlanta continues to find ways to get beaten and backing them with confidence has not been easy.

The Panthers are going better than expected at 3-4, but we feel as though Atlanta could steal this game late in the fourth quarter.

Punters are at least getting value odds for the 1-6 team.

Since starting the season 4-0, the Buffalo Bills have looked ordinary over the last three weeks.

They suffered back-to-back losses before struggling to get past the New York Jets last week. It doesn’t bode well for their future, but they face the struggling Patriots.

Bill Belichick isn’t enjoying life without Tom Brady, and the Patriots could fall to 2-5 on the disappointing season.

The Titans lost to Pittsburgh last week but they made a late comeback. It was impressive to see and they had won their previous five games.

Cincinnati are 1-5-1, but they could have a winning record after losing numerous games in the dying moments.

This game shouldn’t be close, as Derrick Henry and the Titans should run all over the home side.

Cleveland have done well to be 5-2 on the season and they did well to bounce back after getting hammered by Pittsburgh.

They got past the Bengals last week, but the Raiders shouldn’t be overlooked. They are 3-3 and have looked brilliant at times.

Cleveland could be missing Odell Beckham Jr, which is why the odds are currently off the board.

We are not surprised to see bookmakers siding with the Colts, because the Lions rarely show consistency.

Detroit is 3-3 on the season but 0-2 at home. Indianapolis has a winning 4-2 record and they have looked slightly better so far.

Phillip Rivers has been economical and they are getting good production from running back Jonathan Taylor. Therefore, expect the Colts to be a fraction too good.

The rivalry continues this week but it could be a one-sided affair. The Packers are 5-1 and the Vikings are 1-5, on what has been a disappointing season.

Aaron Rogers wasn’t himself two weeks ago, but he has had time to rest. He has thrown for 17 touchdowns this season and the Vikings defense doesn’t pose much of a threat.

We are expecting a big score line for the Cheeseheads.

The Jets have a woeful record of 0-7 and they’re about to come up against the 6-1 defending NFL champions.

The Kansas City Chiefs will make easy work of the Jets, who could be looking at a double-digit deficit by quarter time.

Bookmakers have the line at 19.5, which favours Chiefs’ backers.

Both the Rams and Dolphins have exceeded expectations and it should make for an interesting game on Monday.

The Dolphins will be starting rookie quarterback Tua Tagovailoa, and he could spark their offensive into action.

However, the Rams have been beating quality teams and they made the Chicago Bears look second-rate on Tuesday.

We expect the Rams’ defense to be too good for the home side.

It doesn’t get much better than Steelers vs. Ravens, especially when they have only one loss between them this season.

That loss was for Baltimore against the Chiefs, where they were made to look second rate. Lamar Jackson isn’t having an MVP year, but the Pittsburgh Steelers are.

They are 6-0 after beating the Titans and they look well-placed to remain perfect for the 2020 NFL season. Punters are getting great odds for the upset.

It is tough to get excited about either team but the Chargers have the most improvement to come.

Rookie QB Justin Herbert has thrown for 12 touchdowns and he is growing in maturity with every game.

Denver looks lost on offense and defense, which doesn’t bode well for their future. They are the home underdogs, which tells punters all they need to know.

Punters respect the Bears’ defense, but we haven’t seen an offense this bad in some time.

Chicago has no offensive weapons and it was tough to watch against the LA Rams on Tuesday. They had nothing go right and it doesn’t bode well for this game.

The Saints know how to score points and despite playing away from home, they should be too good.

Seattle somewhat choked against the Arizona Cardinals last week, so they will need to put that out of their memory.

They held a solid lead late in the game, but interceptions from Russell Westbrook caused them to give up the lead in overtime.

San Francisco has looked better in recent weeks and they could pose a threat to the 5-1 Seahawks.

It will be a long season for the Cowboys and Eagles, but one team will come out ahead in this game.

Dallas lost their quarterback Dak Prescott earlier this season, which has effectively ended their chances.

Philadelphia and Carson Wentz look awful, and there is a distinct lack of confidence at the quarterback position.

Take Dallas at $3.60 because we can’t tip the Eagles at such a short quote.

At 5-2 on the season, Tom Brady and the Tampa Bay Buccaneers are travelling nicely. They have looked good considering it’s the first year many of the players have played together.

The same can’t be said for the Giants, who are 1-6 on yet another disappointing season. There is no confidence in this team and Brady should have a field day.

The Buccaneers’ defense is also top notch, so expect an easy win on Tuesday.