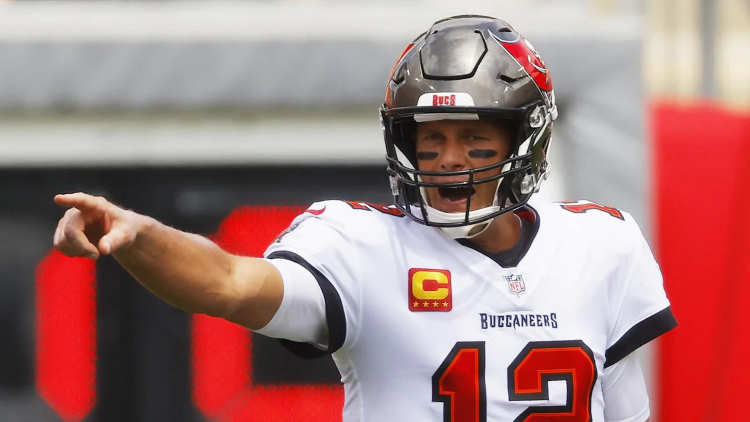 We have expert betting predictions for Week 9 of the 2020/2021 NFL season, which starts on Friday with the Packers vs. 49ers.

Punters get plenty of quality NRL games to bet on this week, including Seahawks vs. Bills, Ravens vs. Colts and Saints vs. Buccaneers.

The 49ers have been ravaged by injuries and we don’t know how much longer they’ll hold on to a .500 record.

They are now 4-4 but with injuries to their main players, the Green Bay Packers should be able to get back into their winning groove.

Take Green Bay to win in the head-to-head markets.

The Falcons got back to winning form last week and when they don’t make mistakes, they look like a good team.

Atlanta is now 2-6 and yet to win at home, but Denver hasn’t been overly impressive and we’re predicting the home side to go back-to-back.

Early money is with the Falcons, which isn’t surprising.

Two quality teams do battle in Buffalo and it should be a terrific game. The Bills are 6-2 and the Seahawks are 6-1, so there won’t be much room for error for either side.

Seattle scored a comprehensive win last week and Russell Wilson got back into MVP contention with a top effort.

Buffalo has been tough to follow recently and punters will get more consistency with the Seahawks.

The Titans have suffered back-to-back losses and they didn’t look good against Cincinnati last week. However, they are a better team than the Bears.

Chicago has somehow posted a 5-3 record, despite having an inept offense. That won’t help them against a Titans team eager to get back to their winning ways.

Expect a heavy dose of Derrick Henry, who has 775 yards already this season.

The Ravens offense wasn’t clicking last week against Pittsburgh and they face another stout defense this week.

Beating the Colts at home isn’t easy and they have let to lose at home this season. They are travelling nicely at 5-2 and we are seeing solid money coming for the Colts.

Lamar Jackson needs to be more consistent if the Ravens are going to win, but we give them a narrow edge.

The Chiefs continue to dominate with a 7-1 record and the Panthers are the next team in the headlights.

Kansas City is a genuine Super Bowl contender and we haven’t seen enough from the Panthers to warrant them chances of winning.

The line is currently 10.5 and the Chiefs can cover that with ease.

Minnesota scored an upset win last week and they could use that momentum to their advantage against Detroit.

The Lions are treading water this season and despite looking good at times, punters find it hard to trust them.

The Vikings have the home field advantage and that could be enough.

The Giants were desperately unlucky against the Tampa Bay Buccaneers but it’s another close loss for this franchise.

Daniel Jones made costly errors at the wrong time, which played a role in their loss. However, they are paying value odds to beat an uninspiring Washington team.

There is more reason to back New York at the value odds.

These two teams have two wins combined, but the Texans have more ability than the Jaguars.

It has been a rough year for Houston, who sacked their coach a couple of weeks ago. Deshaun Watson is a quality quarterback and he already has 15 touchdowns to his name.

Better play calling is needed for Houston, but they should put away the Jaguars with ease.

The Raiders are a team that could push for a playoff spot and beating the Chargers will be needed to do so.

At 4-3, Las Vegas have done well so far this season, and they have faced tough challenges along the way.

The Chargers at 2-5 and struggling to find their best form with a rookie QB. They are talented enough to win but stick with the better side.

Pittsburgh are rolling after beating the Ravens and the unperforming Cowboys are next in their sights.

Dallas is on their third string quarterback and he’s not very good. Meanwhile, Pittsburgh has Big Ben, who is doing his job nicely.

The Steelers should win this game comfortably and cover the 13.5-point spread.

Arizona has looked like a quality team this season and their win over the Seattle Seahawks was top shelf.

Miami is also coming off a quality win but their rookie quarterback was shaky at times. Tua was sacked three times, but he will continue to improve.

It should be a close contest but we give the slight edge to Arizona at home.

Tampa Bay scored a win over New York on Tuesday, but it was far from an impressive outing. They looked shaky throughout the game and they were lucky to win.

New Orleans are 5-2 so far and even though they have also looked average at times, they are capable of scoring the upset.

Bookmakers have the Buccaneers as $1.42 favourites and we don’t see any value in that price.

The Patriots are struggling at 2-5 and questions are being asked about their Super Bowl hopes. However, the Jets are woeful and that’s music to the Patriots’ ears.

The Jets are 0-8 and there isn’t any confidence in this team. New England might be struggling, but Coach Belichick should get a win over New York.

Punters are getting good value considering the ability of both sides.