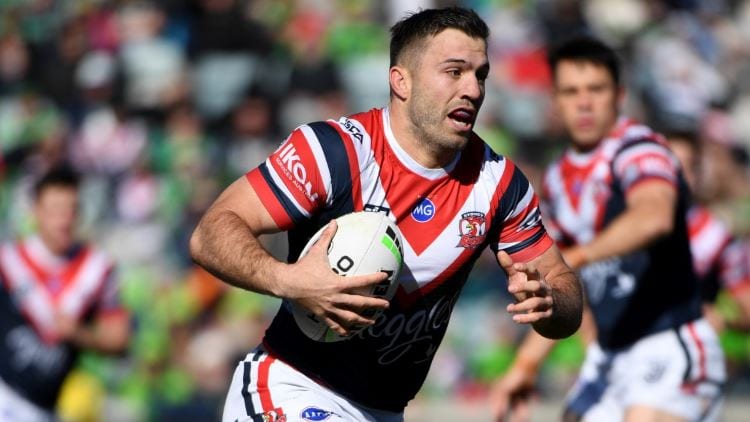 The 2019 Dally M Medal recognises the best player in the NRL for that season and it all happens Wednesday, October 2.

Rugby league’s best players will be in attendance and although bookmakers are predicting it to be one-way traffic, plenty of upset results have happened in the past.

Roger Tuivasa-Sheck looks to defend his title from 2018 but the man of the moment could be a scintillating Sydney Rooster, who led the Dally M Medal count when voting was last made public.

We look at all the best Dally M Medal chances and also the Rookie of the Year and Coach of the Year.

There are only two players quoted at single-figure odds but we believe there’s still three live chances for the Dally M Medal.

The Sydney Roosters fullback has had an amazing season and it’s not surprising to see his name at the top of the list.

He has been in blistering form this season and he’s playing for a team that is stacked with talent. It’s often harder to win the Dally M Medal when you’re playing with great players, but Tedesco looks likely to do so.

His ability to break a game wide open is second-to-none at this stage. Tedesco doesn’t just sit back and wait for things to happen; he goes after the game.

That’s why he’s the odds-on chance to win on Monday night and although his odds are short, throw them into your NRL multi-bets for this weekend’s action.

Ruling out Cameron Smith would be rather foolish, given that he’s typically Melbourne’s best player on the field.

Smith has had yet another professional season and although he doesn’t do the amazing things like Tedesco does, he doesn’t do anything wrong.

There’s no doubting that Cameron Smith is the most consistent player in the NRL and he has been doing it for years. His experience often gets Melbourne over the line and that’s why he gets so many Dally M votes.

Not many would turn their nose up if Smith won this season. Punters are getting good odds for him to do so.

We thought Roger Tuivasa-Sheck would have been closer in the polls because he has had another fine season for the Warriors.

However, he’s still a chance to take out the honours as he closed the season with some stellar performances. He was often the best player on the park, not only for the Warriors, but in the entire game.

He’s still one of the most underrated players in the game. His effort is only matched by a few and his ability to break tackles with ease is polarising.

He could be a sneaky chance at winning but $1.80 for a top-five finish (includes ineligible) is a great bet.

The Rookie of the Year is always a hotly-contested award but Brisbane’s Payne Haas has a stranglehold of the market.

The Brisbane Broncos’ enforcer has had a great season this year, despite picking up a few injuries here or there.

Haas has a big future ahead of him and he’s still so young, which is frightening to think of what he could become.

He has a Jason Taumalolo look about him, which is a great comparison for any young player in the NRL.

You won’t get rich off these odds, but he’s worth backing.

He could also win Rookie of the Year after having an incredible season for Parramatta. He’s a try-scoring beast and he loves to run over the top of the defense.

At the end of the season, it will be Sivo who has created the most highlights on the wing. Some of his tries were incredible and he has brought an energy to this Eels team.

$4.50 is a fair price and he could be in the minds of voters more so than Payne Haas.

There are two coaches that we think deserve to win Coach of the Year.

Granted, it’s not the most exciting category at the Dally M Medal awards night, but there’s some value in the betting markets.

Coach of the Manly Sea Eagles, Des Hassler has some good talent to work with, but expectations were low for the Sea Eagles to start the season.

Off-field troubles were put to the side for Manly and Des Hassler has led his team to the NRL playoffs.

He has been able to manage the many personalities in the team and he deserves a lot of credit for that.

In a time where Manly could be on the chopping block in the NRL, Hassler has given the club some life and he should go close to winning Coach of the Year.

Prior to this season, Ricky Stuart’s coaching record was dismal, but he has turned a moderate Canberra side into a premiership contender.

The Raiders don’t have the best players in the NRL, but Stuart has banded this team together and they have played very well this season.

They are the only team left in the competition that doesn’t have a “superstar” which is credit to Stuart’s coaching style.

$5.50 is a great price and punters are getting good value.

Be sure to also check out our preview for the 2019 NRL Grand Final for all our betting tips including our Clive Churchill Medal prediction.

🤑 Who should you bet with for the Dally M?

Our top rated and recommended bookmaker for all your Dally M medal betting is Sportsbet – JOIN HERE.
Other top rated bookmakers for Dally M bettins include BetEasy, PlayUp, and SportsBetting.

💰 What is the best bet for the Dally M?

To find out our best bets for Dally M Medal night, read our full Dally M preview and betting tips!

🏅 What are the best value bets for the Dally M Medal?

Read our NRL Dally M Medal preview and bettings tips to find out all of the best value picks for Dally M night!

📺 How can I watch the Dally M Medal?