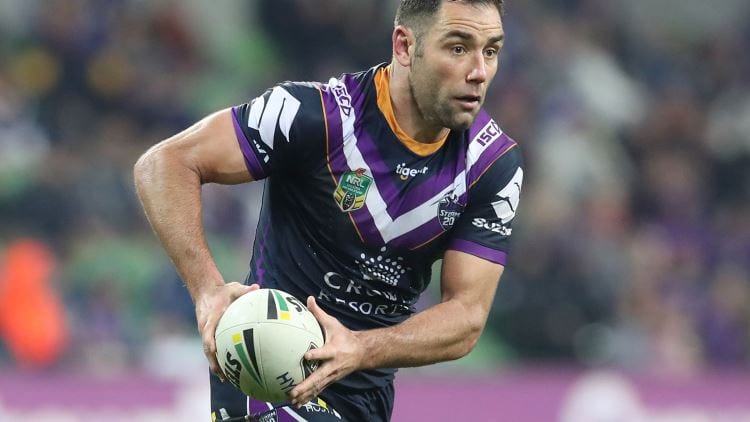 It’s a brand-new season of the NRL and although it’s tough to gauge premiership contenders in Round 1, there are some important early games this week.

Action kicks off with the Storm vs. Broncos and after a turbulent off-season, the Storm will be looking to do all the right things on the field.

There are mouthwatering games throughout the week, which starts on Thursday, and we have free tips, form and odds for every NRL game this season.

Salary cap issues have plagued the offseason for the Storm but Cameron Smith and his team will be looking to put that behind them as they face the Broncos on Thursday night.

This promises to be a high-intensity clash between two attacking clubs. The Broncos are always legitimate premiership contenders and they look to have a good side 1 through to 13 this season.

Storm are tough to beat at home and with no season form to go on, that could be enough to get them over the line in what should be an exciting 2019 opener.

Bookmakers have both teams on the same head-to-head line and we’re not surprised given how even this game looks on paper.

We like the Knights in this situation because they built nicely last season despite some serious injury concerns and with the likes of Kalyn Ponga and Mitchell Pearce in the squad, that’s a good spine to have.

They usually start their season on fire and although the Sharks have big aspirations this season, they might face a stiff test here.

2018 champions Sydney Roosters are back in action against their cross-town rivals South Sydney Rabbitohs in what should be a great Friday night clash.

Both teams look well-prepared for this season and there’s little to criticise about the Roosters. They have a stacked team in both the forwards and backs, which should see them go close to winning the premiership again.

Roosters will likely come out with plenty of passion but we like the look of the Rabbitohs this season and they could reward punters more often than not. They have the right pieces in the right places and we’re smelling an upset.

It’s very much a different-look New Zealand Warriors side this year without Shaun Johnson in the ball-playing role, but it could be for the best.

Johnson was an enigma and a massive liability when he didn’t feel like playing. With Dally M medalist Roger Tuivasa-Sheck and the steady Blake Green, the Warriors could improve on what was an interest 2018 season.

Blake Green doesn’t yet have a confirmed partner in the halves but they should find their groove as the season wears on.

Bulldogs were relatively awful last season and we can’t much change this season.

This isn’t going to be the highlight NRL game in Round 1 but games played at Leichhardt Oval always bring the excitement.

Tigers have a good record at this ground and considering they’re coming up against a hot-and-cold Sea Eagles team, it could play into their hands.

We’re not discounting Manly as they have some star players littered through the team, but the Tigers will have a big crowd on hand and they can improve on what was an encouraging 2018.

Life without Johnathan Thurston isn’t going to be easy for the Cowboys have they still have some good talent in their squad. There have been off-field dramas with Scott Bolton and that won’t help but don’t write them off.

Dragons look set for another solid season, despite losing in the Charity Shield to the Rabbitohs earlier this month. Playing in North Queensland has never been easy for the Dragons, which is the big concern.

Tough game to call but we’ll stick with the home side.

It’s tough to bet on the Parramatta Eels with any confidence and for that reason, we’re going with the Penrith Panthers.

Panthers have all the core players they need to make a run for the title and showing early-season success is a must this season.

They can get out of the gates slowly but coming up against the Eels should get them an early two points on the board.

Both the Titans and Raiders could be in for an arduous season but at least one team will come away with the two points this week.

We’re not entirely sure what either team will bring to the plate in the early stages of the season, but the Raiders appears to have more firepower in their back line.

Without form to go on, we’re going on past results and Canberra should have the edge.