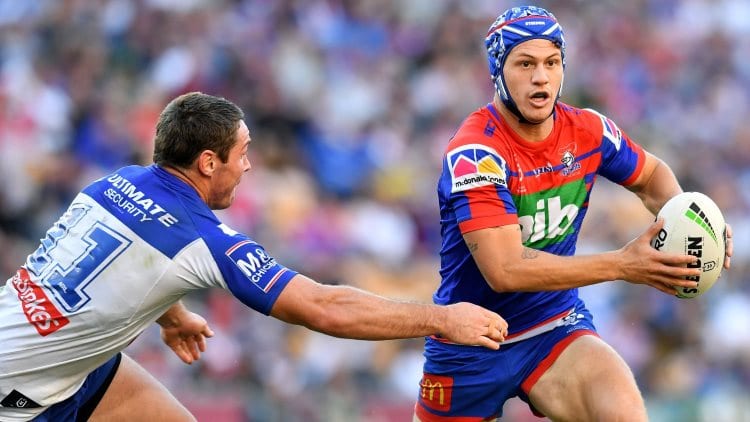 Magic Round was just that but it did confirm one thing; the Storm, Roosters and Rabbitohs are miles ahead of the opposition.

There are some quality games in Round 10, which kicks off with the Storm vs Wests Tigers on Thursday night and we have free tips, form and odds on offer.

The Melbourne Storm and Wests Tigers are coming off massive victories in Magic Round and this should be a quality contest.

Melbourne demolished Parramatta 64-10 in the biggest win of the season and they looked spot on throughout. Tigers were just as good when beating the Panthers 30-4.

They ran in four consecutive tries in the first 15 minutes and that was enough to get them over the line. A top performance like that would take them close here, but Melbourne is a classy outfit.

Some serious questions need to be asked of the Panthers after another dismal effort last week. This was their worst performance in years as they allowed the Tigers to stroll through with ease.

On the other hand, the Warriors dug deep and came from behind to beat the Dragons last week. That was a gritty display and it could give them the boost they were needing.

There won’t be too much between these two teams but we can’t understand why the Panthers are the favourites given their recent form.

Magic Round could have been a turning point for the Broncos, which weren’t tested against the Manly Sea Eagles.

Manly had plenty of injuries throughout the game, which didn’t help their cause, but the Broncos looked clinical for the first time this season.

That performance will only be good if they match up against the high-flying Roosters here and that’s going to be tough. Roosters were 30-24 winners over Raiders last week and that’s a good win at this stage of the season.

Tough game to call but we’re giving the edge to the Roosters.

This won’t be the most attractive game of Round 10 but it should provide plenty of offense.

The Titans were 18-10 going into halftime last week against the Sharks but they failed to score a single point in the second half. That was a disappointing result after looking good in the early stages.

It was a better performance than the Bulldogs, however, which scored only 10 points against Newcastle.

Both teams desperately need the win.

It has been struggle street for the Cowboys this season and a loss in Round 9 just added more pain.

We’re not sure what’s going on with the Cowboys, but they will need to find form soon and taking on a reeling Eels side could be the magic recipe.

The Eels looked good coming into Round 9 but they looked well below average when getting pumped by the Melbourne Storm last week.

It was a perplexing performance from a side which had plenty of confidence coming into the round. A quick bounce-back performance will be needed here.

Despite some injuries in the squad, the Raiders have done well over the last few weeks. Granted, they were beaten last week, but that was only by six points against a red-hot Roosters side.

It’s not about to get any easier against the Rabbitohs, which are also in hot form. The Rabbitohs scored a 32-16 win over the Cowboys last week and they looked good in the process.

Many of their players are putting their hands up for Origin duty and we’re still happy we selected them as our premiership title favourites.

This will be an interesting game but we’re going with the Rabbits.

It was a game of two halves last week for the Dragons, which looked good in the first half against the Warriors when leading 18-6, but the second half was awful.

They’re struggling to put together a full 80-minute performance, unlike the Newcastle Knights which have rattled off three wins on the bounce.

Many punters knew this Knights team was capable of producing some good performances this season and when Kayln Ponga is playing with confidence, they’re tough to beat.

Should be a close game but momentum is with the Knights.

The Sharks were strong in the second half against the Titans last week and that should hold them in good stead for this.

This Cronulla team is a capable team on their day but they did suffer some injuries last week, much like the Sea Eagles did.

Both teams are struggling to stay healthy, but none more so than the Sea Eagles, who are expected to struggle this week.

We’re sticking with the Sharks here and we’re not sure the Sea Eagles will recover in time.