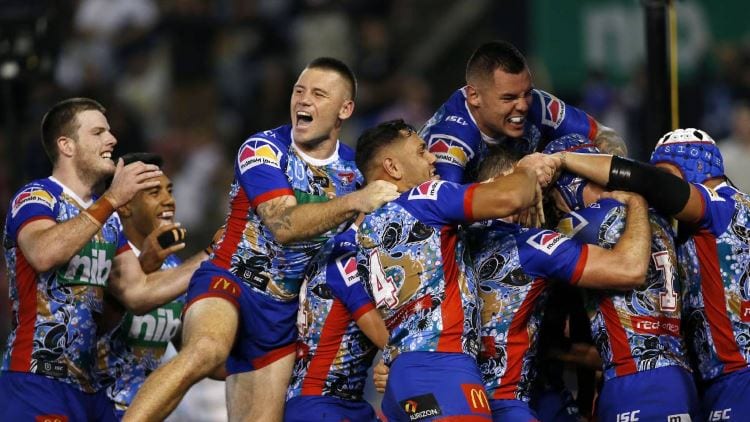 We have expert tips for NRL Round 12 this week, which features only five games due to State of Origin Game 1 next Wednesday.

Action kicks off on Thursday with the Panthers vs. Sea Eagles and there’s three other quality games to bet on across the weekend.

The Panthers got out of their slump with a tough 16-10 win over the Parramatta Eels last Thursday night. Coach Ivan Cleary put that down to some off-field dramas to start the season and he believes they’ve now recovered from it.

However, the win might come at a cost this week as it was enough to see Nathan Cleary get a spot in the Blues’ Origin side. Despite showing poor form this season, Cleary made the cut and won’t be playing for the Panthers this week.

James Maloney will be, and that’s the positive, but Manly’s team is relatively full strength and ready to kick back after suffering a poor 36-18 loss to the Titans.

Manly were awful last week and their injury toll took its toll. How they respond will be interesting and bookies have them as favourites for this game.

We’re going with Penrith, however, as they got their confidence back last week.

Origin selection has made this game closer what what it would have been. There’s little doubt that the Rabbitohs are the better side, but they have numerous players out.

Those players are at the most important positions and that will give the Eels a great chance to score the win at home. That being said, the strong teams often play well when their stars are missing, because it gives the players waiting in the wings a chance to shine.

Eels started their season well but have regressed back to their 2019 season expectations. Another loss to the Panthers last Thursday night wasn’t a good effort and they will need to improve to beat an understrength Rabbitohs side.

This is a tough game to call but we’re going with a minor upset.

Another close game is expected here as the Bulldogs face off against the Raiders.

Canterbury lost another game to the Melbourne Storm last week and although they stuck around in the first half, it was one-way traffic in the second half.

They currently sit last on the premiership ladder and now face the fifth-placed Raiders. Canberra will have some players missing but they still have most of their core available.

We’re surprised to see their odds at $1.74, as we thought they would be around the $1.45 mark. That’s good value and we can see those odds shortening.

Raiders are coming off a 22-16 loss at home to the Cowboys but that game was there for the taking and only a slight improvement will be needed to win this week.

Out of all the teams playing this week, the North Queensland Cowboys probably come out of it the best in terms of Origin selection.

They’re coming off an impressive win over the Raiders and they’re now starting to put a series of wins together. That could continue this week against the Titans, which are relatively full strength and scored a 36-18 win over the Eagles last week.

It’s tough to know if that win was a freak occurrence because they haven’t made a habit of winning this season, but the Cowboys are the more professional unit.

They might be sitting 11th on the ladder but they’re making a run for the playoffs and we think they can get there.