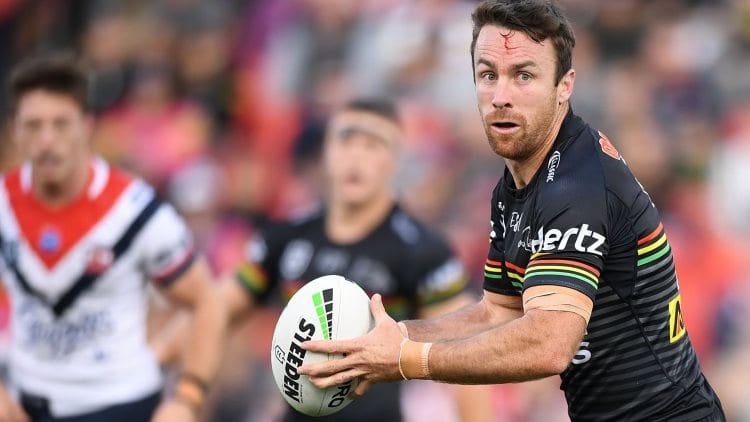 We have expert tips for NRL Round 14 this week which kicks off on Thursday night with the Raiders vs. Sharks.

It’s a full round this week and there’s eight quality NRL games for punters to enjoy.

The Raiders couldn’t have been any more impressive when beating the Tigers 28-0 last week and that’s sending a message.

Consistency has been a little off for the Raiders of late but that win should hold them in good stead going forward.

The Sharks also enjoyed an easy win over the Eels, scoring 42-22 in a one-sided affair. That was a win the club needed and it should make for an exciting game this Thursday night.

We’ll go with the Raiders in a tight contest.

The Titans scored a much-needed win over the Broncos last week and they could score rare back-to-back victories this week.

They come up against the Warriors, who have been dismal in their last two efforts. They scored just two points three weeks ago and despite leading against the Storm last week, they quickly capitulated.

Concerning times for a club which started the season well but there’s a lack of effort being shown on both sides of the ball.

We’re not sure how the Warriors are favourites for this game.

The Cowboys had their chance to win last week against the Sea Eagles and they probably should have come away with the points.

It was a tough loss for the franchise, which is desperately needing to win games in order to make the playoffs. Luckily for them, they’re playing the Tigers this week.

The Tigers started the season on fire but have regressed back to their pre-season expectations. A thrashing last week isn’t going to do their confidence any good.

Not bad odds on offer for the Cowboys considering.

A salivating game to kick off Super Saturday as the #1 Storm takes on the #5 Knights.

The Storm are coming off a thrashing of the Warriors in Auckland last week and they really clicked into gear in the second half. Being down by 10 points early didn’t worry them too much and their class came through.

Newcastle scored another top win over the Rabbitohs and that’s a top-two scalp. They have the talent to win against the top clubs but this is the ultimate test this week.

If the Knights can muster some early tries against the Storm, they have the talent to hold them off late. However, the Storm are the more professional unit.

Origin had its effects on the Rabbitohs last week but we’re expecting a much better effort this time around.

With more time to rest, the Rabbitohs should come out firing this week against a rejuvenated Panthers team.

Penrith were one of the worst teams in the NRL just a few weeks ago but they are now starting to string wins together. A big win last week will give them confidence and they have a halves pairing good enough to win a championship.

Intriguing game here and we wouldn’t be surprised if it went either way.

Both teams are looking to put dismal Round 13 performances behind them, but which team will come out firing this Saturday?

The Eels were smoked against the Sharks last week and the Broncos were soundly beaten by the Gold Coast Titans.

Both teams are desperately needing some confidence, otherwise there could be some reshuffling going on.

Picking a team to win this game is tough but we’re going with the Broncos in a close one.

Manly have been tough to follow this season but they have a good team on paper and they dug deep to beat the Cowboys last week.

Another team that has been hard to follow are the Dragons, but they too are coming off a Round 13 win. They looked impressive in beating the Bulldogs, but their opposition offered up nothing.

We’re giving the edge to the Sea Eagles simply because they’re at home and they could start stringing wins together now.

The Roosters haven’t exactly been red-hot of late but they’re facing the worst team in the NRL and it could be an easy victory.

Bookmakers currently have the Roosters as $1.18 favourites so the question becomes if they can cover the 12-point spread.

The Bulldogs have shown us little to suggest they can muster enough to stick with the Roosters in this situation.