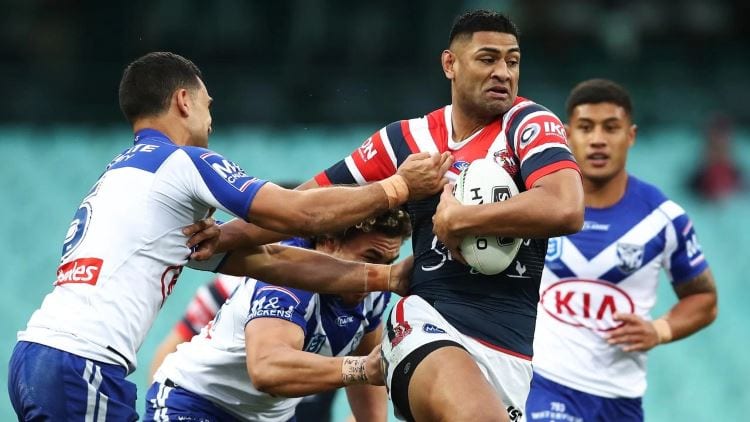 We have expert tips for NRL Round 15 which kicks off on 27th June with the Tigers vs. Rabbitohs.

It’s a full round this week and there’s eight quality NRL games for punters to enjoy, including the highly-anticipated Roosters vs. Storm on 28th June.

The Tigers scored a much-needed win in Round 14 when beating the North Queensland Cowboys by one point in extra time. It was a win they desperately needed and it should give them confidence going forward.

They play the Rabbitohs here, which are the better team but they will have a few players backing up after State of Origin Game 2.

Still, they should be able to do the job against the Tigers and stay inside the top two.

Both the Dragons and Cowboys are in need of some serious soul searching as they try make a late run for the playoffs.

The Dragons are coming off an awful performance against the Sea Eagles where they lost 34-14 and that paled in comparison to their win over the Bulldogs the week prior.

Playing against harder opposition has been their kryptonite this season and they will be helped by playing the Cowboys, who lost at home to the Tigers.

Tough game to call but we’ll go with the home side.

This could be the game of the season as the #3 Roosters take on the #1 Storm in Adelaide.

Many of the players will be coming off State of Origin duty where they have to travel from Perth to Adelaide, which could have a big impact.

Roosters got back to their best in Round 14 when scoring a 38-12 win over the Bulldogs, but the opposition wasn’t exactly top flight.

Melbourne were just as impressive when beating the Knights 34-4 and that was a quality win over a team that had plenty of confidence coming in.

Tight game expected but we’re going with the more complete team and at the better odds.

Manly is currently $1.65 to win this game and those odds look good. They’re coming off an easy win over the Dragons and look to take advantage of the Titans.

Gold Coast had their chance to beat the New Zealand Warriors in Round 14 but couldn’t get the job done. Consistency and quality performances have been rare for the Titans and we can’t see that changing any time soon.

Punters are getting a good price here and could take advantage.

This is another intriguing game which includes two teams that appear evenly matched despite their positions on the ladder.

Newcastle is fifth but is coming off a thrashing at the hands of the Storm. The Broncos are 12th and are also looking to rebound after looking disastrous against the Eels.

Nothing has gone right for the Broncos on and off the field this season. That will play into the hands of the Knights, who look good enough to take this out.

There has been talks that all is not happy inside the Eels camp, but that didn’t show against the Broncos when they won 38-10.

It’s those kinds of performances which put the Eels in the minds of their opposition but they have no consistency and can be frustrating to watch for punters.

For the Raiders, they’re looking to back up their Round 14 victory over the Sharks with another top effort in Round 15.

It has been a great season to date for the Raiders and scoring an away win in Parramatta would help.

This should be an interesting game between the Warriors, which got back to winning form against the Titans last week and the Panthers, which have looked much better in recent weeks.

Despite sitting 14th on the ladder, the Panthers come into this having beaten the Rabbitohs in Round 14. It has been a good resurgence but their halves will have to back up from Origin.

The Warriors will be relatively fresh but many of them will be playing for New Zealand against Tonga. That could hurt them as it should be a brutal game.

The Bulldogs are sitting in 16th place on the NRL ladder and it’s not hard to see why. They look awful and with no star players in the team, not much is expected in the second half of the season.

Sharks haven’t been in hot form, but they have been producing competitive performances against some nice teams.

This game should go only one way, and that’s the way of the Sharks.