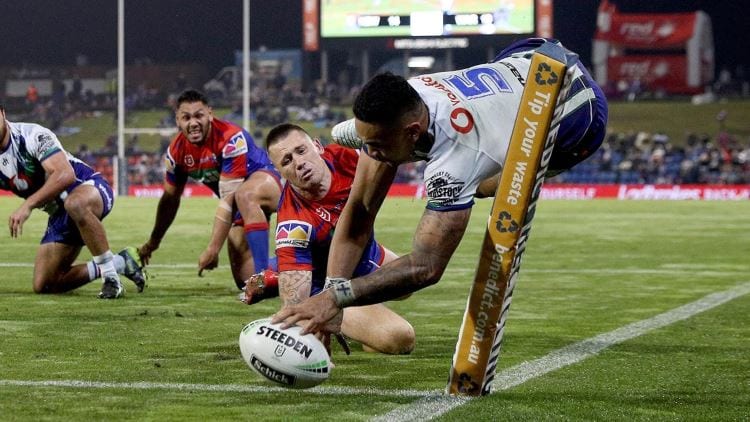 We have expert tips for NRL Round 17 which kicks off on July 12th with the Panthers vs. Titans.

There are eight quality games to bet on this week and don’t forget about State of Origin Game 3, which is being played on Wednesday at ANZ Stadium.

Panthers and Titans had Round 17 off but it’s the Panthers that bring in plenty of momentum.

They have rattled off five consecutive wins after starting the season horribly. Their Round 15 win was a dramatic come-from-behind performance over the Warriors in Auckland.

That win is going to hold them in good stead and although they have injury concerns with Nathan Cleary, the Titans aren’t putting up much of a fight this season.

The Knights are looking to get back to their winning ways after dropping a game to the Warriors last week. They weren’t helped by notable players missing, including the injury Kayln Ponga and Mitchell Pearce, who has Origin duty.

Pearce will be back for this game but the overall health of the Knights is a worry. Fortunately for them, the Bulldogs are sitting in 16th position on the NRL ladder.

That’s despite causing an upset over the Sharks in Round 15, but as the Sharks showed last week against the Broncos, they’re hardly firing.

This game should go to the home side.

This should be one of the more exciting games of the round as the Rabbitohs look to get their season back on track against the Sea Eagles.

Rabbitohs come into this riding a four-game losing streak and the Origin period has had a massive impact on their premiership chances.

They scored only nine points against the Tigers in Round 15 and with Manly in threatening form, this could be a tough game for the Rabbitohs.

Manly have climbed the ladder to 5th overall and we’re expecting another tidy effort this week.

Broncos found some resolve last week when beating the Sharks but they’ll need to start stringing wins together to have any chance of making the playoffs.

Sitting in 14th position currently, the Broncos face their rival New Zealand Warriors this week and it should be a quality game.

Warriors scored a much-needed win over the Knights in Round 16 but they too are lacking consistency this season.

Playoff aspirations are on the line this Saturday.

It’s to back against the Melbourne Storm this season and they look set for another minor premiership title.

Despite not having their Origin stars, they gutted out a quality win over the Dragons last week and that should keep coach Craig Bellamy in a good mood.

The Sharks don’t pose much of a challenge this week. They have lost their last two to the Bulldogs and the Broncos – two bottom of the table teams.

That doesn’t bode well for them this week and we’re predicting a comfortable Storm victory.

The North Queensland Cowboys are holding on to hope of making the playoffs but for the Roosters, chasing down the Storm is their mission.

That was helped by a 24-16 win over the Wests Tigers last week and they should be able to gather some momentum following their earlier loss to the Storm.

North Queensland is coming off a loss to the Dragons and despite having a solid roster, they’re simply not firing on all cylinders.

Bookmakers are expecting a Roosters win and we’re backing them in.

The Tigers had their chance to notch a win over the Roosters last week but couldn’t muster enough.

A spot inside the top eight is on the line for the Tigers this week and they could bridge the gap closer to the Eels, which sit in 7th position.

It has been a strange season for the Eels but they come into this game having beaten the Raiders after trailing 16-0 before halftime. That win should give them confidence going forward but consistency has been impossible for this club.

We’re not sure what to expect from either team this week but the Eels are more firepower when they choose to play.

This game might be 12th vs. 4th but bookmakers have the Dragons as the slight favourites.

Dragons weren’t good enough to beat the Storm last week without their Origin stars, but on the other hand, Raiders have given up two massive leads in the last three weeks.

Canberra has been their own worst enemy this season but still find themselves in a good position inside the top four.

Bookmakers tend to know what they’re doing and having the Dragons as favourites is a positive sign for them.