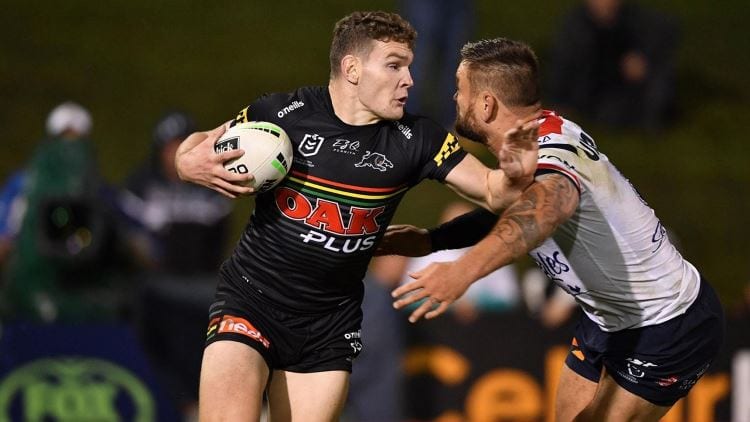 All NRL games will be played without crowds for the foreseeable future, which is certainly going to create an unusual atmosphere.

However, it’s business as usual for punters, especially given the lack of sport available around the world. Luckily, the NRL is continuing and we have Round 2 tips, starting from Thursday night.

Both teams are coming off Round 1 losses, so getting the first win on the board is important. The Bulldogs lost 8-2 in a low-scoring affair to the Parramatta Eels.

It was an untidy game from both teams and the Bulldogs were finding it tough to crack the Eels’ line. They did hang in there, however, so all hope is not lost.

The Cowboys were outmuscled by the Broncos forward pack, and that’s why they lost. They were able to make a late comeback, but it was all too late.

We saw more from the Cowboys and they should get it done.

The Dragons couldn’t take advantage of Luke Brooks withdrawing from the game against the Tigers on Sunday. It was a poor loss to the Tigers, where they dropped the ball more often than catching it.

However, there won’t be a crowd and that should swing this game in favour of the visitors.

The Broncos were one of the best-looking teams in Round 1, but they could lose some firepower in the forwards due to suspension. Despite this, punters have reason to be confident when backing the Broncos this season.

South Sydney also prevailed in Round 1, but after leading comfortably at one stage, the wheels fell off. The 22-18 win over the Sharks was a good hit out for the Rabbitohs.

Bookmakers can’t split these teams, which is surprising given Brisbane’s dominance over recent years.

The Warriors are playing their home games in Australia, which isn’t going to help their cause. They are coming off a 20-0 defeat at the hands of the Knights last week, and we’re struggling to find positives.

The Raiders, on the other hand, looked good when beating the Titans 24-6. It was a comprehensive display from last year’s finalists, and we think they’ll win this game comfortably.

Take the Raiders to remain unbeaten.

After leading 12-0 over the Panthers, many expected the Roosters to win in Round 1. However, they capitulated in the second half.

The same can be said for the Sea Eagles, who led the Melbourne Storm 4-2 in the second half, before giving up 16 straight points.

The Sharks made a gallant comeback against the Rabbitohs, but it wasn’t enough to get over the line. They lost 22-18 after trailing 22-8 at one stage.

It was an encouraging Round 1 performance but it’s not about to get any easier. The Storm is coming off an impressive win over Manly, and they are always tough to beat in the early-season rounds.

The most recent meeting resulted in the Storm winning 40-16, which should give them plenty of confidence.

We’re not surprised to see the Storm listed as favourites.

The Tigers and Knights enter Round 2 with wins under their belts. Wests scored a 24-14 win over the hapless Dragons, whereas the Knights scored a convincing 20-0 win over the Warriors in wet conditions.

Newcastle started well last season before having a poor end to 2019, but they could build from the momentum gained in Round 1.

It was a good win over the Warriors, and playing away from home means less this week. The Tigers need to find a replacement for Luke Brooks, and that could give them some troubles.

The Eels did the job last Thursday night, but it was far from convincing. The 8-2 win over the Bulldogs was a tough battle and we’re expecting the talented backline to be more prominent.

It was business as usual for the Titans last week, losing to the Raiders in a one-sided affair. There were some positives, but the Titans are in for a long season.

The Eels should be too good.