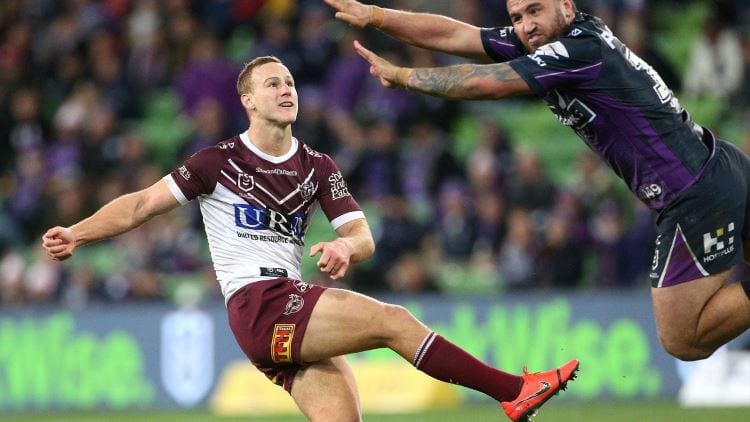 We have expert tips for NRL Round 20 which kicks off on August 1 with the Tigers vs. Cowboys.

There’s plenty of quality games throughout the week but there is only one top-eight clash which comes on Friday night with the Storm vs. Broncos.

The Tigers roared back into form when beating the Newcastle Knights by two points last week and they always step up at Leichhardt Oval.

Looking to cause them havoc will be the Cowboys, which have played better over the last few weeks but come into this game following a 16-14 loss to the Sharks.

It was a heartbreaking loss for the club whose playoff chances look all but gone.

Tigers will have a big crowd behind them on Thursday and that will help.

The Warriors have been on the wrong end of some shocking decisions over the past few weeks and it could cost them a spot in the playoffs.

A controversial call marred the game against the Eels last week and they’re now facing a harder task against the Raiders, which are coming off an upset over the Panthers.

Raiders currently hold a top-four position and they notoriously close the season with good form. However, that doesn’t last in the finals.

This is a tough game to call but the unlucky nature of the Warriors’ season might catch up to them here.

It was a rare sight to see the Melbourne Storm losing to the Sea Eagles last week but they don’t often lose two on the bounce.

Brisbane have produced much better football over the second half of the season and they’re now in a playoff bearing position.

They scored a solid win over the Titans last week where they flexed their offensive muscles. Scoring 30 points should hold them in good stead going forward.

However, the Storm holds the edge over the Broncos and they can regain their groove here.

Manly comes into this game full of confidence after beating the Melbourne Storm and they’re looking like genuine premiership contenders now.

It was a shaky start to the season for Manly but they now sit in 5th position and are marching towards a top-four position.

For the Knights, this is the first time they’ve been outside the top eight all season and that doesn’t bode well for their fans. They’re losing the close games and even though Kayln Ponga is back, he might not be enough here.

Stick with the Sea Eagles and hope they don’t have a Melbourne hangover.

Nothing has gone right for the Bulldogs this season and they’re a team that’s clearly in a rebuilding phase.

That gives the Panthers a great chance to bounce back after their lengthy winning streak was ended by the Raiders last week.

The 30-18 loss was a blip on the radar for the Panthers and they should be able to get back into their winning groove against the hapless Bulldogs.

Cronulla needed the win last week to stay in the hunt and they came out on top against the Cowboys.

It kept them within one win of the top eight but the task is about to get harder as they gear up to face the Rabbitohs.

Fresh off their hard-fought 20-16 win over the Dragons, the Rabbitohs will look for more consistency towards the business end of the season.

Despite sitting in second on the ladder, there have been some concerns for this Rabbitohs side, but they’re classy at best.

Tough game to call here but we’re going with the Rabbits.

Bookmakers have a big difference in the head-to-head market for these teams and we’re hardly surprised.

The Roosters should score a comfortable victory of the last-place Titans and punters will only need to decide on the points differential.

It’s currently at 16 points, which is a sizable line to cover but the Titans look outclassed at all aspects of this game.

We’re a little surprised to see the line at $1.90 a piece, considering the Eels are 6th and the Dragons are 14th.

The season is all but over for the Dragons and the Eels are coming off a nice victory over the Warriors, but we have taken note of what bookmakers are doing here.

The natural inclination is to back the Eels but we’re going against form and predicting a Dragons win at Jubilee.