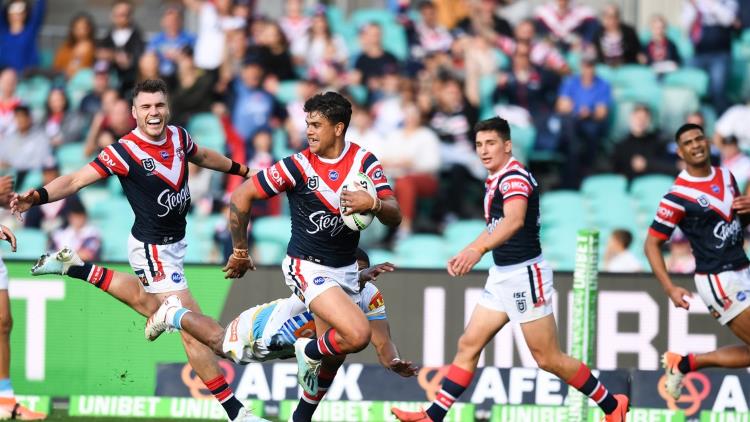 We have expert tips for NRL Round 21 which kicks off on August 8 with the Cowboys vs. Broncos.

Playoff positions are still up for grabs and the top four spots are also there for the taking. Punters get two incredible Sunday games, which includes all top-four teams.

Raiders vs. Roosters and Rabbitohs vs. Storm caps off what should be a great Round 21 of the NRL.

The season is all but over for the Cowboys, which suffered another loss to the Wests Tigers last week.

It has been an awful season for the Cowboys, which have the team on paper to match some of the best but the results simply haven’t been there.

Same goes for the Broncos, who did their playoff chances no help by losing 40-4 to the Melbourne Storm last Friday night.

It was a loss which saw them slip out of the top eight but it’s so tight, a win could get them back in.

Broncos should be winning this.

We had a feeling the Warriors’ recent run of bad luck would eventually produce a shocking effort and we were right.

They were soundly beaten by the Raiders last week and it could well have ended their NRL playoff hopes. They’re now in 12th position and they have a tough run home.

That starts when they face the Seal Eagles this week, which have been firing on all cylinders over the last few weeks.

Manly should be too strong for the ailing Warriors.

The Panthers went on a lengthy winning streak but have now dropped their last two. They looked good last week against the Bulldogs but they’re panicking around the goal line.

They aren’t scoring enough tries at the moment and that must be frustrating coach Ivan Cleary. Getting the metres down the field has been easy but there’s no cohesion when it comes to putting on a try-scoring move.

That’s not a problem for the Sharks, which scored an upset win over the Rabbitohs last week and they’re heading in the right direction.

Currently 7th on the ladder, the Sharks could make a late push for a top-four position.

Both of these teams have been awful this season but at least one of them will get a win this Saturday.

The Dragons were favoured to beat the Eels last week but they were disappointing at home. However, they face the woeful Titans here, which look odds-on to win the wooden spoon.

We can’t be overly confident about either team here. It’s whoever turns up with the right attitude that will win.

Stick with the Dragons at the short odds.

The Newcastle Knights continued their downward trend when losing 30-6 to the Manly Sea Eagles in Round 20.

It has been a disappointing tail-end to the season for the Knights, which started so well and looked a good chance of making the playoffs.

Conversely, for the Eels, they scored another win over the Dragons and they’re now in a good spot in 6th. It has been an inconsistent season for the Eels, but they look good when they’re on.

Punters are getting nice enough odds for the Eels and they should be taken throughout the week.

Credit to the Bulldogs for playing tough despite having no chance of making the playoffs.

They are coming off a gritty win over the Panthers and they are seemingly enjoying their football, despite sitting in 15th position.

The Tigers could have something to worry about this week and the pressure is certainly on their shoulders. Sitting in 8th position isn’t safe at the moment and they’re not exactly a team that handles pressure well.

We’re predicting an upset going in favour of the home side.

The Raiders are rolling at the moment and they’re now in 3rd position on the NRL ladder following their massive win over the Warriors.

It was a one-sided display from the Green Machine and now they face a much harder task coming up against the Roosters.

The Roosters flexed their muscles when putting up 56 points against the Gold Coast Titans and it’s a win they might have needed. It could allow the scoring floodgates to open now, which could spell trouble for the Raiders.

This is going to be a close contest as the odds suggest, but we’re siding with the Roosters.

The Rabbitohs have slipped down to fourth in the standings and they could continue to slide following this week.

Facing the Melbourne Storm isn’t ideal for the Rabbitohs right now, but it will give them an indication of where they’re currently at.

Having lost in Round 19, the Storm bounced back as they typically do with a thrashing of the Brisbane Broncos (40-4). It was a one-sided display from the team leading the minor premiership.

This should be another cracking Sunday contest where the Storm could score a narrow victory.