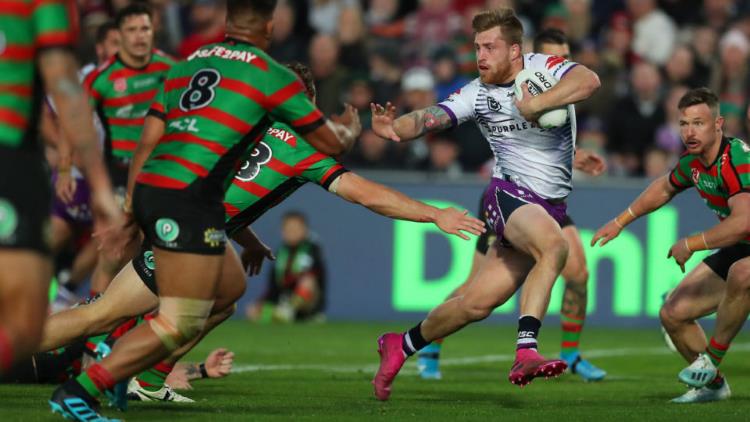 We have expert tips for NRL Round 22 which kicks off on on Thursday, August 15 with the Sea Eagles vs. Tigers.

There is a log jam of teams looking to make the playoffs and almost every game in Round 22 has importance.

Storm vs. Raiders looks the pick of the bunch and it should be an exciting round of league.

Manly were rolling into the playoffs but suffered a rare defeat to the New Zealand Warriors last week.

They were down 18-0 with only 15 minutes and they ended up getting to within two points. However, they weren’t able to complete the comeback and they now need to rebound.

That should be made easier by facing the Tigers, which couldn’t have been more disappointing when losing to the Canterbury Bulldogs 18-16 last Saturday.

Sea Eagles should be hitting back here.

The poor season continued for the Gold Coast Titans last week and it’s not going to change any time soon.

They have been the worst team in the NRL this season and by some margin. Facing the Eels this week is going to be tough, considering the roll they’re on.

Parramatta scored a gutsy 20-14 win over the Newcastle Knights in Round 21 and they’re marching towards the finals with some gusto.

Bookmakers have the Eels as favourites and anything but a win would be surprising.

This game should be a thriller between two teams trying to stay in a finals-bearing position.

The Broncos scored a last-gasp win over the North Queensland Cowboys last Thursday and having eight days off should help their chances here.

Penrith got back into winning form when beating the Sharks 26-20 last week. It was a much-needed win after dropping their last two games.

It’s tough to say which team has had the better season but we’d lean towards the Panthers. However, playing the Broncos at Suncorp is never easy.

It’s getting to the “mathematical chance” for the Newcastle Knights, which started the season so well but have fallen off the face of the earth since.

Newcastle needs to win every game to close the season, just to have a small chance of making the playoffs. That could start this week against the struggling Cowboys.

North Queensland has seemingly shut up shop for 2019 and that’s concerning for punters looking to bet on them this week.

The Knights still have some fire and that could be enough to win.

The Melbourne Storm are clear at the top of the table and they shouldn’t be caught.

Looking to cut into the deficit was the Canberra Raiders last week, but they suffered a home loss to the Sydney Roosters and ended their minor premiership hopes.

This game could be another classic but the Storm are the firm favourites and rightfully so. They don’t have many weaknesses and although not expected to win this season, they continue to find quality players.

Canberra can be an enigmatic and untrustworthy side. For that reason and more, we’ll stick with the Storm.

The Rabbitohs have been a little inconsistent in the second half of the season and it’s worrying for their fans and punters.

They come into this having lost to the Melbourne Storm last week – granted the opposition was tough. Facing the Bulldogs will be easier but the Dogs are in hot form themselves.

Despite sitting in 15th position, the Bulldogs are on a winning streak and are proving to be a tough opponent.

Another upset could be on the cards here but it would take an effort.

The Roosters scored a confidence-boosting win over the Canberra Raiders last week and they’re looking like a top premiership contender.

They’re facing a tough test this week despite the difference on the ladder, as the Warriors scored a good win over the Sea Eagles.

Warriors’ fans have been through the ringer this season. Facing tough referee decisions and bad luck throughout the year, the Warriors haven’t exactly been easy to follow.

However, they steadied the ship last week and could pose a threat to the Roosters with some luck on their side.

The Dragons scored a long overdue win against the Titans last week but they still gave up a concerning 28 points.

Cronulla also gave up plenty of points (26) in their loss to the Penrith Panthers and it was an untimely one. They’re in the hunt for the playoffs but that loss pushed them back to ninth on the ladder.

Sharks should be able to right the ship here and make a push for the playoffs.