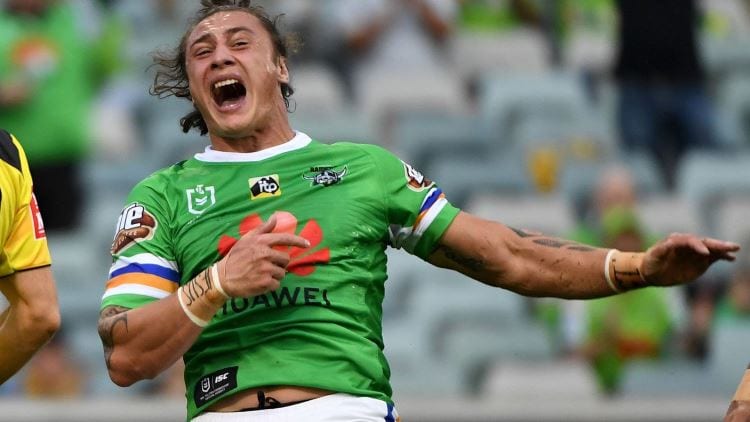 Round 4 of the NRL has some blockbuster games scheduled and we have free tips, form and odds available.

It kicks off with the Roosters vs. Broncos headliner on Thursday night and Round 4 should have all the usual excitement throughout the week.

The Roosters were given a scare against the Eels, trailing with only 20 minutes to go but they rebounded nicely to score late tries.

Roosters came away with the 14-point win (32-18) and it holds them in good stead as they face the Broncos, which were disappointing losers to the Dragons by a point.

Bookmakers have framed an even market but we’re giving the edge to the home side.

The Warriors are favoured to win this game but that’s done to two reasons; their Round 1 win and their opposition this week.

Having been smashed by the Manly Sea Eagles in Christchurch last week, the Warriors will need to bounce back against the Titans, which did look improved against the Rabbitohs on Sunday night.

Titans sit on the bottom of the ladder and they will need to score a win soon, otherwise it could be a dreadfully long season for the Sunshine State franchise.

The Tigers came back to reality on Sunday afternoon when being thrashed by the Bulldogs, who had lost their first two games by massive margins.

It was a perplexing loss to the club, which could also be without Benji Marshall, who suffered an injury during that game.

Panthers were less than average when scoring only two points against the Melbourne Storm and they’re another team which is getting desperate for an early-season win.

There won’t be much between these two teams but the home ground factor could play into it.

Confidence is key in the NRL and both of these teams bring in plenty this Saturday. The Sea Eagles travelled to New Zealand and were superb in scoring a 46-12 win over the Warriors.

They tore through the Warriors’ defense with ease and that bodes well for the rest of the season, but the opposition is about to get much harder.

We picked the Rabbitohs to win it all this season and they have certainly started the way we had hoped. With three wins already on the board, the Rabbitohs face a tough test this week.

They match-up well against Manly and despite playing at Lottoland, they could be good enough to score a tight victory.

More was expected of the North Queensland Cowboys last week and despite having a solid roster on paper, sometimes they don’t play as a unit.

That’s good news for the Raiders, which are always an enigmatic team but punters love backing in the Green Machine. They’re coming off a 17-10 win over the Knights in Round 3 and they could start stringing wins together against the second-tier NRL teams.

Bookmakers have them at equal odds and the game should reflect those odds.

The Eels were beaten but not disgraced when losing to the Roosters on Friday night. It’s a performance they should take plenty out of as they prepare for the Sharks.

Sharks sit in third position on the ladder and they have looked good to date, but they haven’t looked overly impressive and certainly not enough to say they would easily beat the Eels.

Early form can be misleading in the NRL and the Eels could regress to their pre-season expectations, but they’re the better side at the moment.

Canterbury was on form against the Tigers on Sunday afternoon after getting spanked by big margins in their first two games. Pride was certainly a factor for the young side but that could quickly get shot against the Storm.

Melbourne is the best team in the competition right now and they’re firing on all cylinders. Teams usually take a few weeks to find their rhythm but the Storm took no time at all, scoring three impressive victories to date.

Keeping the Panthers to only two points last week when playing on the road is special and we can’t see them losing this.

We’re not quite sure what to make of both teams this season but the Knights have looked better than average.

Little separates these teams and considering the injury worries for the Dragons, which includes Gareth Widdop, this game could go in favour of the home side.

Playing at home has always helped this improving Knights side and if they can get off to a good start and lead at halftime, they should hold on for the win.