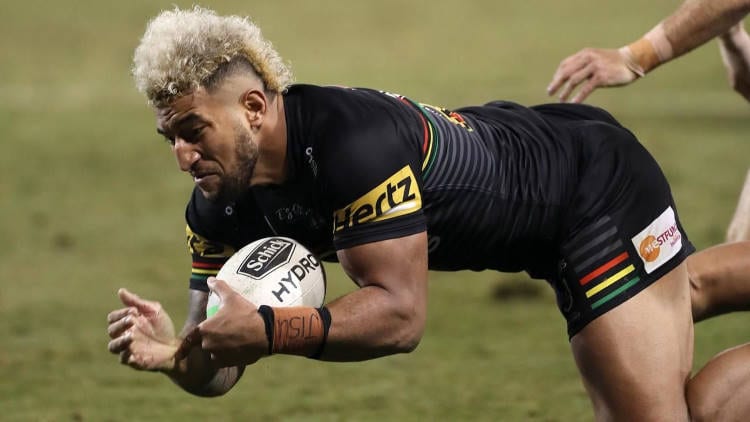 It is full steam ahead for the NRL season and we have already seen some classic games. Punters get another eight games to bet on this week and we have expert betting tips available.

Action kicks off on Thursday with the Panthers vs. Rabbitohs, which could have playoff implications later in the season. The Eels vs. Raiders headlines Round 7.

The Panthers were too good for the Storm last week and a victory like that holds them in good stead for the rest of the season.

Penrith stormed to victory with a 21-14 result and now they face a Rabbitohs side that has hit form since lockdown.

The Rabbitohs put away a Warriors team that had their chances but didn’t take them. Lattrell Mitchell was superb and expect that form to continue this week, but the edge is with Penrith.

The Storm are coming off a loss to the Panthers but they now face a Warriors team that doesn’t want to be there.

After the sacking of coach Stephen Kearney, some Warriors have expressed their disgust and some don’t want to play out the rest of the season.

It doesn’t bode well and the Storm, despite being a bogey team for the Warriors, should be way too good.

The Dragons did what they needed to do against the Titans but it would be a huge upset to beat the Roosters.

Sydney is coming off an amazing win over the Eels, and unless they take this game too lightly, they should be putting up a big number on the Dragons.

A three-peat could be on the cards for the Roosters this season and winning over the Dragons seems a formality.

The Cowboys were dreadful for the first 60 minutes last week and although they came back late, being down 30-0 is a sizable start.

The season started positively for the Cowboys but they have been poor since returning. Jason Taumalolo is seemingly the only player that cares enough to play consistently and the backline looks lost.

The Knights sit second on the table and that position shouldn’t change this week. They are the better side and that should shine through on Saturday.

This game won’t set viewer records as both Queensland teams are slumping. The Broncos are in the worst form of their franchise history, but facing the Titans could get them back on track.

However, losing to the Titans is entirely possible and given the way they’re travelling, it wouldn’t be a huge upset.

The Titans play with more pride than the Broncos, so this game could be close throughout.

Coming off such a physical game against the Sydney Roosters won’t be easy for Parramatta, but they looked much better than Canberra last week.

The Eels faced an 8-0 deficit at halftime but took the lead with only 20 minutes to go. The Roosters class came through in the end, but it was still a good effort.

The Raiders blew almost every chance they had to score against Manly. It was a highly frustrating game and they’re not looking as good as they did in the opening rounds.

Value is with the Eels.

Both teams have been hard to back with any confidence this season, but the Sea Eagles looked good last week.

They scored a win over Canberra on Sunday and although they got banged up, they should recover for this game. However, they might have lost Tommy Turbo after he suffered a leg injury.

The Sharks scored a close win over the Bulldogs and that form isn’t exactly inspiring.

Canterbury doesn’t win often but they continue to play with pride. They pushed Cronulla close on Sunday afternoon and it was a solid display.

They face the Tigers this week, which put on a clinic in the first hour against the North Queensland Cowboys on Saturday.

Leading 30-0, the Tigers took the foot off the gas pedal and let in some late tries, but they will be confident about their performance.