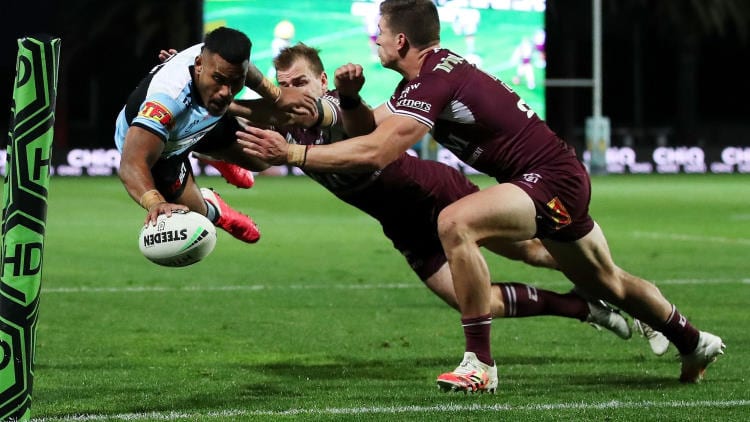 We have expert betting tips for all NRL Round 8 games this week, which kicks off with the game of the season.

The Storm vs. Roosters promises to set the mark for quality this week and punters are getting great games to bet on.

The Storm put away a sorry looking Warriors team by 44 points last week. It was exactly what the Storm wanted in preparation for a much harder task.

It gave the Storm a chance to get some momentum back, after returning from the break in average form.

For the Roosters, it was full steam ahead last week when beating St George and they are the form team of the comp. However, the Storm are always tough to beat at home and the odds are good.

The Raiders aren’t playing well at the moment but it was a spirited effort last week against the Eels.

Canberra were 12 points down with five minutes to go and pushed the game into extra time. They didn’t come away with the win but their courage had to be respected.

The Dragons are one of the worst teams this season and this is a good chance for the Raiders to flex their muscles.

Parramatta lead the competition after another win last week, but they were there for the taking late in the game.

North Queensland had a rough patch but have rebounded in style. A big win over the Knights will give them confidence and they have the talent to push the Eels.

The Eels are the better team but we’re expecting a close game.

Both teams are coming off emphatic Round 7 wins but we’re giving the edge to the Cronulla Sharks.

They were able to beat Manly by a big margin and they have a team that could easily make the playoffs.

The same can’t be said for the Titans, despite putting a woeful Brisbane to the sword last week. It was the best Titans performance in years, but they’re about to face a team with some resolve.

The Warriors and Broncos have been woeful this season and there are calls for many Warriors players to head back home and abandon the season.

Despite this, we can’t suggest backing Brisbane at odds of $1.60. They have shown nothing to warrant attention and we’re take the value on offer with the Warriors.

The Panthers showed why they are one of the best teams in the competition last Thursday. The win over the Rabbitohs was easy and they are full of confidence.

Wests are also full of confidence after putting away the Bulldogs with ease on Sunday, but things get much harder in Round 8.

The clear advantage goes with the Panthers, which currently sit in second spot on the ladder and they will be keen for the top spot.

The Sea Eagles were poor against the Cronulla Sharks and the injury to Tommy Turbo is more important than most would think.

They lacked direction and Daly Cherry Evans was nowhere to be seen. A similar performance can’t happen against a hurting Newcastle Knights, who were shocked against the Cowboys.

There was plenty of hype around the Knights last week but they didn’t come close to delivering. Expect a quick turnaround in form.

The Rabbitohs need to rebound after losing to the Penrith Panthers and playing against the Bulldogs will help.

Latrell Mitchell went from his best game to his worst game for the Rabbitohs. He made a plethora of errors last week, so expect coach Wayne Bennett to give the whole team some stern words.

Canterbury were dire against the Tigers and expect that form to continue.