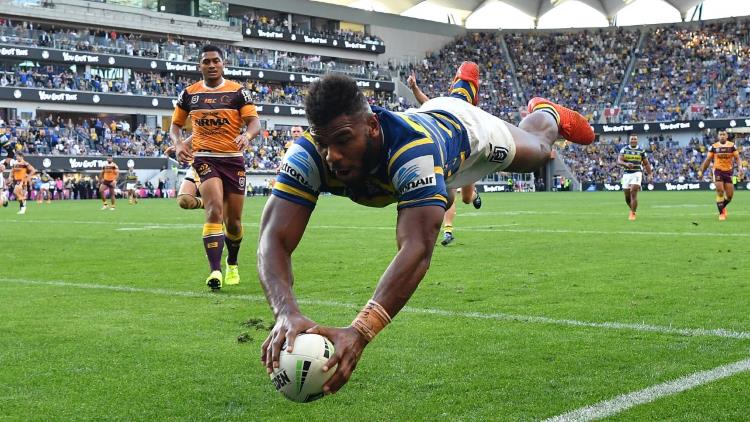 We have expert tips for NRL Finals Week 2 which kicks off on September 20 with the Rabbitohs vs. Sea Eagles.

The four games we witnessed last week were simply incredible. The Roosters dispatched the Rabbitohs, the Raiders upset the Storm, Sea Eagles soared over the Sharks and the Eels were breathtaking against the Broncos.

We have two games on offer this week. The Rabbitohs vs. Sea Eagles and Storm vs. Eels. The winner will go through to the Preliminary Final next week.

It wasn’t a good display of football from the Rabbitohs last week, but they do get some vital players back in the team this week.

Inspirational leader Sam Burgess returns to the forward pack and he attempt to turn around a 30-6 loss to the Roosters last week.

Another addition for the Rabbitohs is Queensland Maroons outside back Dane Gagai. His defense was sorely missed last Friday night and he’s a key inclusion into the squad.

Scoring only six points will worry the Rabbitohs. However, Manly’s defense isn’t at the same level to that of the Roosters.

The Rabbitohs should be able to score a few more points this time around.

Manly is coming off a tremendous 28-16 win over the Sharks where they blew them off the park in the opening 20 minutes. It was great league from the Sea Eagles, who were missing Tommy Turbo.

Because of his injury, bookmakers weren’t giving Manly much chance of winning. However, they’re not a one-man team and they showed that.

It’s going to be a harder task this week against the Rabbitohs, who play the game with more aggression than the Sharks do.

Bookmakers are again making Manly the outsiders and we’re not surprised. They have to come into enemy territory against a team expected to go deep into the playoffs.

We don’t think either side has a blowout performance in store, so we’ll stick with South Sydney Rabbitohs in the head-to-head market.

These two teams come into this game having vastly different Week 1 results.

Melbourne Storm battled the entire game against Canberra and they looked like to score a narrow win with only minutes left. However, Josh Addo-Carr lost the ball on his try line and the Raiders snatched the win away from them.

The result of that play? The Storm now have to face the Parramatta Eels, who are currently on cloud nine following their romp of Brisbane.

Parramatta scored a 58-0 win over the Brisbane Broncos, which was a finals record. It was a complete display of league and one of the more impressive games we’ve ever seen.

Their deadly backline is making it hard for opposing teams. Offloads, trick plays and a stack of confidence is why the Eels are making a solid run for the premiership.

Despite being the form team of the competition, behind only the Roosters, the Eels are $29 to win the premiership. Should they get past Melbourne this Saturday, those odds will crumble.

Just how difficult will it be this week? They’re playing the minor premiers who rarely lose two games in a row. Most are expecting the Storm to come out with much more than they showed last week.

In saying that, the Raiders made the Storm look old and second rate. This is an Eels team which could do the same and we’re smelling an upset result.

Bookmakers have the Storm as $1.38 favourites with a –8 start. The value is with the Eels, who should be able to keep this game close.