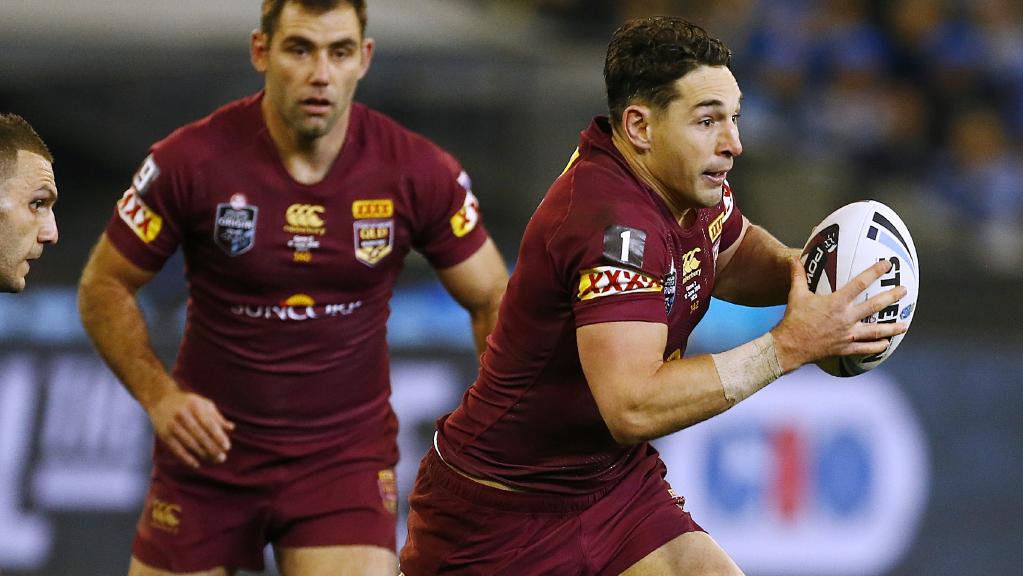 New South Wales will be heading into battle this Wednesday night full of confidence after the thrashing handed to Queensland in game 1. The Blues will enter Wednesday night clash with an unchanged line up and keen to wrap up the series. Queensland is looking for redemption. In Game 1 they just didn’t stay competitive for the full 80 minutes. Queensland have made 6 changes to their original squad and have opted for big work horse forwards and quick agile outside backs. With the return of Jonathon Thurston and Billy Slater to the squad, Queensland might just have the underdog advantage.

Queensland debutantes have a consistent track record for finding the try line and Valentine Holmes will be no exception. The speedy winger will add much needed spark to the Queenslander’s that they were missing in game one. Holmes is good for a line break at NRL level and we expect him to be among the scorers list early.

James Maloney is always good for a state of origin try. Weather it is his ball awareness, backing up or a show of the ball and quick step back to the inside he always looks dangerous.  Maloney opened the scoring in game 1 and we can’t see any reason why he couldn’t do it again.

I can just visualise Matt Gillett charging over the line early off the back of a Billy Slater offload. Slater has been combining well with Storm backrower Felise Kaufusi and we think he can do the same with Gillett. Gillett is a dangerous ball runner and close to the line with half a gap is every chance of scoring.

Coen Hess to score a try Queensland to win $7.00

Hess has scored 10 tries this season coming off the bench for the Cowboys. With club teammate JT steering him around the park and Queenslanders debutante try scorer history Hess is a definite chance of scoring a four pointer. If Queensland win, Hess will have a hand in at least one try.

Tedesco played Game 1 full of energy and confidence, he has definitely stepped up his game and id proving himself as one of the best players in the game. IF Tedesco brings the same energy as Game 1 We can visualise him scoring a 40m breakaway of an Andrew Fifita offload. If NSW win Tedesco should at least have his name on one try.

To Score 2 or more Tries

The man everyone’s been talking about. At $15 for Billy Slater to score 2 or more tries could be considered good value. This Season Slater has scored 5 tries and hand his hand in 11. Always looking for opportunities from anywhere on the field, Billy’s highlight reel is one Queenslanders watch on repeat for hours.  Billy’s scored 12 tries in his origin careers and we are looking for a big game from this Queensland great.

The second have in most intense games of any sport usually blows out a little. With the amount of energy these two sides exerted in the first 40 minutes in game one, the second half was bound to open up, as it did for The Blues (16 – 0). Though once the game was over there was no half winner in this market as it was a tie. Game 1 saw 16 points scored in both halves. Not a bad little exotic play to consider for these tough defensive matches.