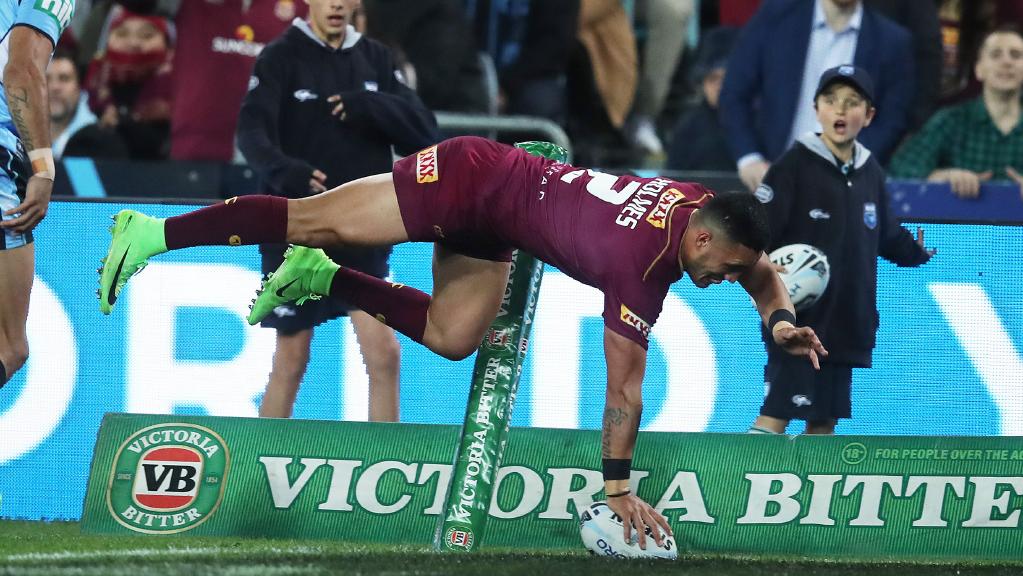 The series decider kicks off on Wednesday evening at Suncorp Stadium and what a match it will be. The Queenslanders dug deep in the last meeting to edge out a heavily criticised NSW side by 2 points. The Blues have no changes after the loss and have kept the same side as the first 2 matches. Queensland was forced to replace Darius Boyd and Jonathon Thurston and we’ll see young Melbourne half Cameron Munster in the No. 6 on debut for the Maroons. Michael Morgan move from the bench to replace Boyd in the Centres and Ben Hunt is set to make his debut off the bench for the Queenslanders.

Holmes scored first on debut in his last match for Queensland and we expect the maroons to look for him on the edge again. His speed and agility makes his dangerous out wide and definitely a good prospect for first try scorer, there was certainly no complaints from punter who followed out tips in game 2.

Tedesco has really grown this Origin series and looks dangerous with every touch. We will be looking for Tedesco to score early off an Andrew Fifita offload and leave the Queensland defence in his wake.

As discussed in our past Origin articles the Queensland debutants just have a way of finding the line. Though Munster has not scored this season for the Storm, at $21 a play on this could be worthwhile.

To Score 2 or more Tries

The reason for Gagai in this selection is the halves pairing of Cronk and Munster. Currently their Melbourne wingers Josh Addo-Carr and Suliasi Vunivalu have scored 27 tries between them this season. Cronk and Munster must be acknowledged for this as the pair have 17 try assist tally between them. If any one will score a double in this game Gagai is the man.

Hess has scored 10 Tries this season for the Cowboys and always looks dangerous with in 20m of the try line. When Hess enters the match on Wednesday night he will have to make an impact immediately. A short ball Munster to Hess will see Hess score and Queensland to win.

If New South Wales are going to win by 13+ they need to have James Maloney firing. Maloney has scored 4 times this season for the Sharks, with a nice dummy to a tired Queensland forward Maloney should slice through from close range.

Man of the Match

The New South Wales Captain will be looking to win his first ever series as Captain and claim back the origin Shield for his state. We expect the inspirational leader to lead from the front and guide his side to victory. If New South Wales win, Boyd Cordner will be man of the match.

Gillett has publically expressed numerous times that a couple of crucial missed tackles in game 1 have haunted him ever since, and has worked hard to ensure it never happens again. Gillett play a crucial role for Queensland on the Right edge and we expect him to firing to bring the series home in front of a packed Suncorp Stadium on Wednesday night. If Queensland win, Gillett will be man of the match.