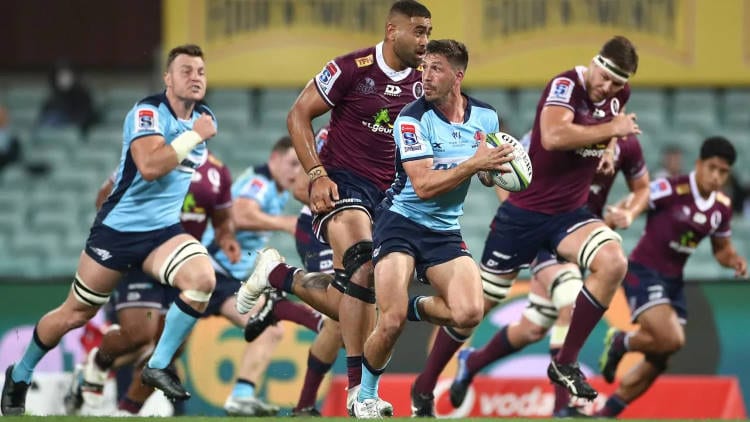 The Crusaders wrapped up Super Rugby NZ last week but there are still two games to play across the Tasman.

In Australia, the Force vs. Waratahs and Reds vs. Rebels headlines the action.

The Western Force produced their best game since Super Rugby resumed against the Rebels two weeks ago and that should give them confidence.

They lost in overtime to the Rebels (25-20) but just getting to overtime against one of the better sides in the competition was a good effort.

It was certainly much better than the 24-0 effort against the Brumbies the week prior. The Force have played well against the Waratahs recently as well, which includes a 40-11 win in 2017.

However, the Waratahs turned their disappointing season around when scoring a thrilling win over the Reds last week.

The 45-12 victory was a big change to the form they have shown this season, which includes losses to the Rebels and Brumbies.

If the Waratahs can continue with that form, they could score another comfortable victory on Friday night.

The Highlanders went close to pulling off an upset over the Crusaders last week, but for the second time this season, they couldn’t hold onto a halftime lead.

It looked as though the Highlanders were going to do the Hurricanes a favour and give them a chance at the title, but a last 20-minute meltdown was enough for the Crusaders to secure the title.

Neither the Highlanders or Hurricanes have anything to play for this week, which could make predicting a winner tough for punters.

However, the Hurricanes have been the better side this season and they should prove tough to beat against a Highlanders side unable to finish games off.

The Highlanders are playing for 60 minutes this season and they continually fail to deliver in the concluding stages. It has been disappointing and a blight on their season.

Bookmakers are giving value odds for the Hurricanes at $1.63 and those odds should firm throughout the week.

The Reds’ chances of a title have taken a big hit in recent weeks, with losses coming to the Brumbies and the Waratahs.

The Queensland-based franchise will need to turn that performance around if they’re to beat the impressive Rebels.

The Rebels didn’t start the new season well after losing to the Brumbies and drawing with the Reds, but they have been stellar since.

Wins over the Waratahs, Force, and Brumbies have put them back in contention. They handed the Brumbies their first loss of the season when winning 30-12 last week.

It was a massive effort by the Rebels and we can’t fully understand why the Reds are favourites with bookmakers.

We will happily take the $2.15 for the Rebels to continue their winning ways.

It is an interesting dynamic in Auckland this week as the Blues take on rivals Crusaders in a dead rubber match.

The Crusaders won the title with a win over the Highlanders last week, so they don’t need to win. However, they won’t want to lose to the Blues to close out their season.

The Blues are coming off a bye week and prior to that they scored victories over the Chiefs and Highlanders.

They have already lost to the Crusaders this season, which was a 26-15 loss in Christchurch. If the Blues are to overturn that performance, they’ll need to be firing on all cylinders.

We think the Crusaders will be out to finish their season on a high. All Black positions are still up for grabs, so there is plenty to play for.

Punters can’t be turning down $2.18 for a team like the Crusaders, so take the value on offer.