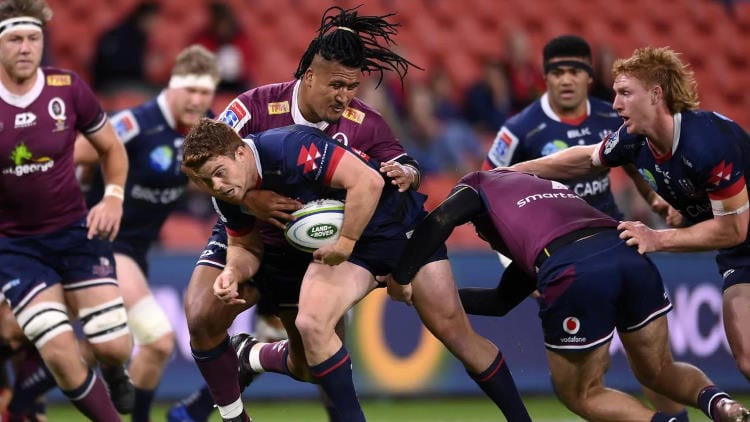 The Crusaders wrapped up Super Rugby NZ last week but there are still two games to play across the Tasman.

In Australia, the Force vs. Waratahs and Reds vs. Rebels headlines the action.

The Western Force’s reintroduction into Super Rugby hasn’t done as planned, but it has gone as expected.

They were always going to be fighting an uphill battle but they have played well at times. Their best result was an overtime loss to the Melbourne Rebels, which they were unlucky to not come away with the victory.

The Force were manhandled by the Waratahs by 20 points last week and they will need to improve significantly on that effort. They will also need to improve on their previous meeting with the Reds, which was a seven-point loss.

Queensland suffered consecutive losses before beating the Rebels last week. Losses came to the Brumbies by two points and the Waratahs by a whopping 33 points.

Bouncing back from that heavy defeat was a sign of class and it comes as no surprise to see them as favourites for this contest.

Bookmakers have the Reds as $1.17 favourite in the head-to-head market and they are giving the Force 11.5 points in the spread market.

There was only seven points between these sides when they last met, which suggests that they match up nicely. For that reason, we are going with the Force to keep this close.

The +11.5 might stretch out to +12.5 but both margins represent good value for Force backers.

The Brumbies and Waratahs have always had an excellent rivalry and it has continued this season. However, it has been the Brumbies that have the 2-0 advantage in 2020.

It was a 47-14 smashing of the Waratahs in March, which was a totally dominant display. It was a much-closer game last month when the Brumbies won by one point.

At that time, the Brumbies were unbeaten in the Super Rugby competition and that isn’t the case now. They are coming off a heavy defeat at the hands of the Melbourne Rebels, who outplayed them in all aspects of the game.

The form of the Waratahs has improved significantly over the last few weeks. After losing to the Brumbies and the Rebels, they have bounced back with two big wins.

They scored a 45-12 win over the Reds before beating the Western Force by 20 points. Both wins hold them in good stead for this game and they could give the Brumbies a run for their money.

Bookmakers have the Brumbies as $1.40 favourites, which is a little short for our liking. They are the better side on paper, but momentum could be crucial.

Momentum is with the Waratahs and punters are getting much better odds. The $2.94 head-to-head odds is good shopping but we will take the insurance on offer in the points spread market.

It should be a close game either way, so the +7.5 points is a good deal. They could win the game but getting a try head start is always a positive.