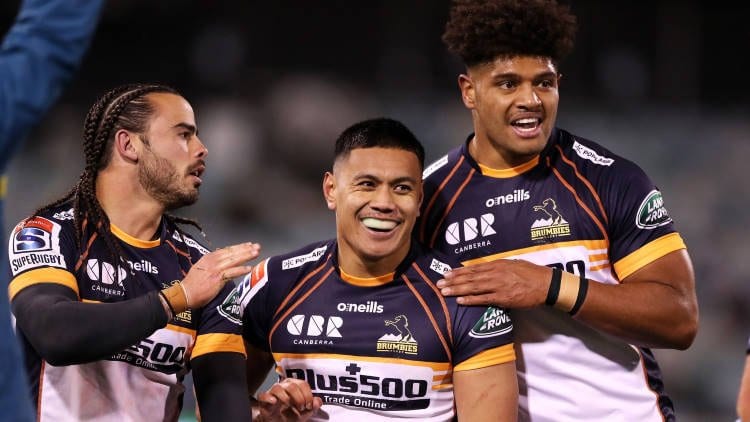 Super Rugby has been filling the void for rugby fans this season and there are two more games to bet on this week.

We have expert betting tips this week for Brumbies vs. Force, and Rebels vs. Waratahs.

The disappointing return to Super Rugby for the Western Force continued last week with a loss to the Queensland Reds.

It wasn’t a close game either, with the Reds running away as 57-5 winners. The Force never looked a chance from the opening whistle and we’re unsure if there’s much team moral going on.

After pushing the Rebels into overtime three games back, we thought the Force could at least get one win in Super Rugby. However, that doesn’t seem likely of happening as they face the Brumbies on Friday night.

The Brumbies have lost only one game since Super Rugby returned, and they bounced back from that loss with a quality performance last week.

They scored a 38-11 win over the Waratahs and although we gave the Waratahs a chance to cover the spread, the Brumbies are just too classy.

Prior to their loss to the Rebels, the Brumbies notched wins over the Waratahs, Force, and Reds. They have already beaten the Force 24-0 this season and a repeat could be on the cards.

They are coming off their season-best showing and bookmakers have a value points spread line this week.

Bookmakers have set the line at 20.5 points, which plays into the hands of Brumbies’ backers. They won by 22 points when they last met, and the Force have gotten worse since.

Take the Brumbies to put up a big number on Friday.

A close game is expected between the Rebels and the Waratahs, with both teams needing the win to close the distance from the Brumbies and Reds.

Form coming into this all-important game isn’t great for either side. The Melbourne Rebels scored only three points against the Reds last week, which isn’t going to instill them with much confidence.

That was on the back of three consecutive wins, including an upset win over the Brumbies, so it was a big step in the wrong direction.

Included in that three-game winning streak was a win over the Waratahs. The 29-10 defeat will still be in the minds of the Waratahs, who look to get something going this week.

The ‘Tahs didn’t fire a shot against the Brumbies last week, losing 38-11 and undoing the hard work of the two previous results.

Wins over the Reds (45-12) and Force (28-8) didn’t matter for much as they lost a game that was there for the taking. However, they can regroup and push the Rebels to their limits.

We are not surprised to see bookmakers side with the Rebels this week. They are the $1.67 favourites to go 2-0 in this series and going on earlier form, they should get the job done.

Taking the outsider in a game that should be close is often the play. However, the Rebels are the better team and they’re good enough to compete for the title.

We are not sure if the Waratahs are at that level yet, so take the favourites.