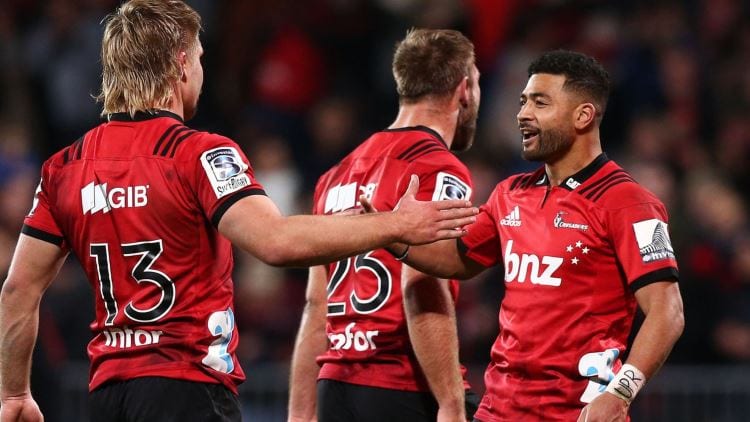 We have expert betting tips for the Super Rugby final between the Crusaders vs. Jaguares in Christchurch this Saturday.

It’s an intriguing final between two offensive-minded teams and although bookmakers have the Crusaders as warm favourites, the Jaguares are accustomed to winning in New Zealand.

It wasn’t quite as easy as the Crusaders had predicted last week against the Crusaders, but they got the job done in the end.

The Crusaders dominated the opening 20 minutes of play and it appeared as though they would run away with the game, but it turned out to be a nail-biting affair.

Hurricanes scored a try either side of the half-time break to only trail by a point at one stage, but in true Crusaders fashion, they quickly scored and held off a late charge from the ‘Canes.

They’re going to need to produce a better 80-minute performance this week against the Jaguares, but not having to travel is the beauty of finishing on top of the Super Rugby regular season standings.

Spending the week in Christchurch is an obvious advantage to the Crusaders but if the Jaguares can survive the long trip from Argentina, they’re every chance of causing an upset.

The Jaguares do lack experience in Super Rugby Finals – this is the first time they’ve been there, but they’re essentially the Argentinian national side and it’s one that should be treated with respect.

They were emphatic 39-7 winners over the Brumbies and although the Brumbies aren’t much in the way of opposition, their counter-attack was superb.

Jaguares play an up-tempo and unstructured style of play. It’s best suited against teams that are flaky on defense and the Crusaders have shown they can be weak in this aspect.

Crusaders gave up 26 points last week and they will need to tighten the screws this week to prevent the Jaguares from putting up a big number.

One big thing going in favour of the Crusaders is their forward pack. It’s packed with All Black talent and it’s coming up against a Jaguares forward pack which was monstered by the Chiefs in the quarterfinals.

If the Jaguares are going to win the battle on Saturday night, they must solidify their forward pack, otherwise the Crusaders will dominate the game in every aspect.

Overall, there’s no doubting the Crusaders are the better team. We give credit to the Jaguares for making it this far, but teams making their first final rarely survive against this juggernaut Crusaders outfit.

There’s always plenty of exotic betting options and we’ve found the best available for the 2019 Super Rugby Final on Saturday.

The Crusaders are notoriously quick starters and the Jaguares can take time to find their rhythm.

Bookmakers are offering better than even money for the Crusaders to take a lead and never look back. This betting option looks home if the Crusaders score an early try, however, there’s the risk the Jaguares kick a penalty goal early.

That being said, it’s worth the risk due to the odds on offer.

Punters aren’t getting massive odds with his option but as mentioned above, the Crusaders like to score early.

We’re looking for the Crusaders to spread the ball early and even try a cross-field kick where their quality wingers can cash in.

Crusaders to score the first try is a nice multi-bet builder.

Both teams love to throw the ball around and there’s every chance someone commits a knock-on in the early stages.

If the Crusaders kick off first, expect the Jaguares to play with the ball for a long period of time. They’re adverse to kicking the ball away aimlessly and this is a value option for exotic players.