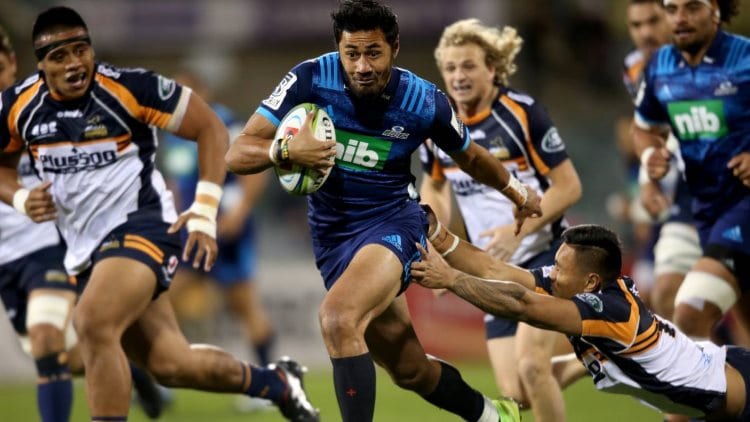 There are only six rounds left of Super Rugby and the business end is upon us.

Round 12 featured some shocking results, in particular the Crusaders scoring an extra time try to draw with the Sharks. That was one of two draws last week, which caused frustration for punters.

We’re back for Round 13 action and we have free expert tips available.

The Blues were good enough to go on a five-game winning streak this season, but that momentum has come to an end.

Back-to-back losses to the Highlanders and Brumbies have seen the Blues slip back into their losing habits and the Hurricanes will look to exploit that.

Hurricanes were dominant in the first half last week against the Rebels. They led 26-0 at halftime and held on for a 29-19 victory over the Rebels.

That win showed how dynamic they can be on offense and the Blues should be worried.

The Rebels were blown off the park in the first half against the Hurricanes and a better performance will be needed this week.

Facing the Reds hasn’t been an easy task for most teams this season. They come into this with a 32-26 win over the Sunwolves and a 21-14 win in South Africa against the Sharks.

Reds might not have the star power of some other teams in Super Rugby, but there’s some young talent there and they are dangerous.

Bookmakers have 8.5 points the difference and that plays into the hands of Reds’ backers.

3:10am Bulls vs. Crusaders @ Loftus Versfeld

The Bulls are looking to post consecutive wins when hosting the Crusaders, but this is a Crusaders team which doesn’t often lose back-to-back games.

Crusaders scored a draw against the Sharks last week but they didn’t have full complement of their star players. That could be the situation again this week against the Bulls, which could score rare consecutive victories this season.

It has been a tough time for the Bulls, which are accustomed to Super Rugby success. They have a good chance to score a rare win over an NZ side.

We’re not sure how the Highlanders didn’t beat the Chiefs last week after looking the much better team. The 31-31 draw wouldn’t have pleased the men from the south and they could take out those frustrations on the Jaguares.

The Argentinian-based franchise has been playing well at home this season but they have a tough road trip ahead of them. We are not expecting the Jaguares’ form to continue “down under” and the Highlanders should be too good for them.

Bookmakers have the line at 9.5, which could make it a tough play for punters.

The Chiefs would have been thrilled to come away with a draw against the Highlanders last week. It was a gutsy effort to hang in there.

On the other hand, the Sharks will be feeling horrible about drawing with the Crusaders. They had the game but a late try for the Crusaders – after several penalties, was enough to see a draw result.

It’s strange to have both teams coming off draws. We’re not sure which team played better last week, probably giving the edge to the Sharks.

That being said, Chiefs can beat any team on their day.

The Lions are only a shadow of the team which made the Super Rugby final last season. They are coming off a 36-10 loss to the Crusaders and they would have taken benefit from having a Round 12 bye.

Inconsistency has plagued their season to date but when they’re firing, they can be tough to beat, especially at home.

It hasn’t been a happy time for the Waratahs lately and a Round 12 loss to the Bulls only made things worse. They have the talent but off-field dramas have dominated their season.

Close game expected so we’re happy to take Waratahs with the points.

The Sunwolves have been an improved side this year but we’re expecting the Brumbies to score a comfortable victory.

Brumbies were good 26-21 winners over the Blues last week and so long as they don’t ease up here, they should put away the Sunwolves with ease.

This isn’t exactly the highlight Sunday evening game fans were hoping for but punters could cash in with the Brumbies.