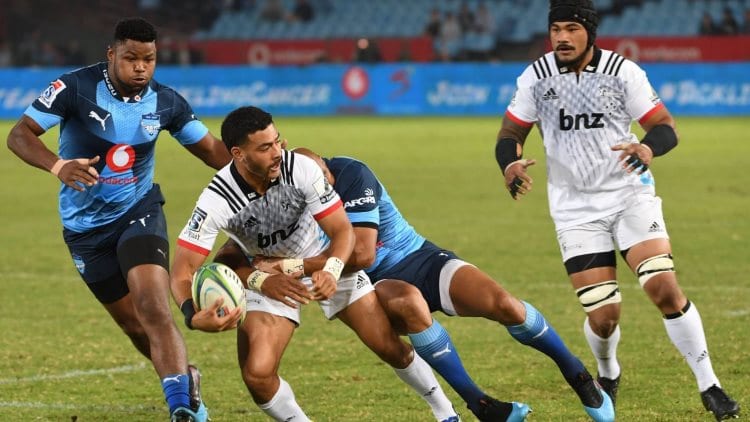 We have expert betting tips for all six Super Rugby games for Round 14 this week.

Action kicks off with the Hurricanes vs. Jaguares on Friday and continues till the Stormers host the Crusaders on Sunday morning.

With only four regular-season weeks left, every game has massive importance.

The Hurricanes were too good for the Blues last week, scoring a 22-12 win at Eden Park and pulling closer to the Crusaders in the New Zealand conference.

We didn’t quite expect a good showing from the Jaguares, however, which pushed the Highlanders close. The 32-27 loss won’t help their title chances but it did give them a bonus point and show the other NZ teams that they’ve come to play.

It’s going to be harder this week, however, so we’re expecting a comfortable ‘Canes win.

The Rebels did what they needed to against the Reds last week when scoring a 30-24. It was a little closer than expected but the Rebels came out the other side with a win.

The same can’t be said about the Bulls, which were awful in their 45-13 loss to the Crusaders. They were blown off the park by the leading Kiwi side and recovering this week isn’t going to be an easy task.

Travelling has never been a positive aspect for the Bulls and the Rebels are a good enough team, on their day, to put up a big number.

This game spells danger for the visitors.

The Battle of the Bombays adds another chapter to the story here as the Blues host the Chiefs at Eden Park.

Coming off a loss last week to the Hurricanes, the Blues will look to get back to their mid-season form when they strung together five consecutive wins.

That could prove tough against a Chiefs side which has regained their confidence. It’s never too late to make a run in Super Rugby and Chiefs, coming off a 29-23 win over the Sharks, are trying to do that.

Chiefs could have a few key players missing for this clash, however, so we’re sticking with the home team in what should be a tight contest.

The season went from bad to worse for the Waratahs last week after losing by a point to the Lions. A win was needed at all costs and they’re really struggling this season.

A referee decision here or there didn’t go their way, but they didn’t do enough to win. Facing the Reds is going to be a tough ask for the Waratahs this week, as the Reds have been solid this season.

Coming off a six-point loss to the Rebels, the Reds will look to gather momentum down the stretch and beating the Waratahs would start things off nicely.

Bookmakers have this as one of the closest games of the round and it’s tough to disagree with that.

Another close game is expected here as the Lions, which found form last week, take on the Highlanders.

Kiwi teams often have a good record against the Lions, but the Highlanders didn’t look overly impressive on defense last week and they have had to travel a fair distance.

This will be a good opportunity for the Lions to score a rare back-to-back win this season and make a claim for the South African conference.

Bookmakers have the Lions as narrow favourites and although we can make a case for both teams winning this, we’re giving them the slight edge.

1:15am Stormers vs. Crusaders @ Newlands Stadium

The Stormers, much like the Bulls, could be on the other end of a hiding here. The Crusaders were clinical against the Bulls last week and that could continue here.

They scored 45 points against the Bulls and it was one-way traffic from the word go. Cross-field kicks, trick plays and brutal defense were all key aspects to why they dominated the South African team.

Stormers are coming off a much-needed bye week after getting beaten by the Jaguares in Round 12 and they should enjoy playing at home.

Crusaders should have too much class.