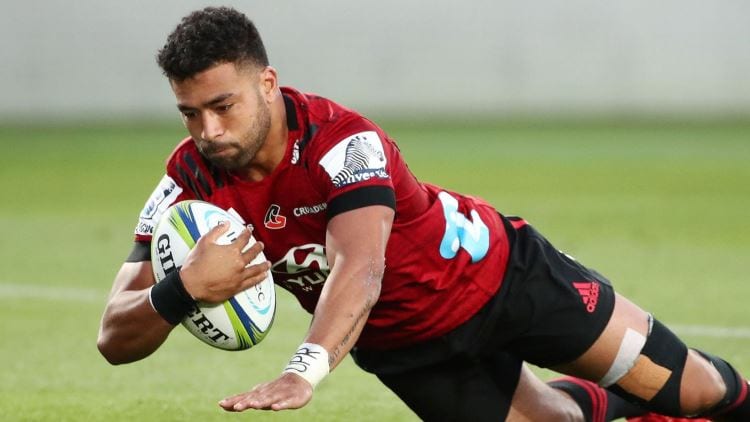 Super Rugby continues off this Friday with the Crusaders vs. Highlanders and we preview every game scheduled this week.

Teams have found their groove after three weeks and punters should now start to eye up the value. Bookmakers offer competitive Super Rugby lines, so lock in the value early.

Both the Crusaders and Highlanders are coming off Round 3 wins, but they were vastly different performances.

The Crusaders put on a dominant second-half performance against the Blues and it was a good bounce-back performance following their loss to the Chiefs in Round 2.

The Highlanders were drubbed in the second round but scored an 83rd minute try to beat the Brumbies on Saturday. It was a much-needed win for the Highlanders’ confidence.

However, the Crusaders play at home and they are the team to beat this season.

The Rebels notched their first win of the season against the Waratahs last week but there isn’t much confidence with punters. They have looked average this season and beating the Waratahs isn’t hard to do.

Facing the Sharks will be a good test of character. The Sharks kicked off their road trip with a huge win over the Highlanders before giving the Hurricanes something to think about.

They play attacking rugby and they could be too good for a Rebels team struggling to find their identity.

The form team of the competition so far has been the Chiefs, who are unbeaten after three games.

They scored wins over the Blues, Crusaders, and Sunwolves. It’s going to hold them in good stead against the Brumbies, which were stunned after the fulltime buzzer against the Highlanders last week.

Australian teams appear to be up against it this season and this should be a comfortable victory for the Chiefs, especially playing at FMG Stadium in Waikato. The only worry would be the travel back from Japan, but they’ll find their feet relatively quickly.

Just when you think the Reds are about to beat the Jaguares in Argentina, they have to play the second half. Leading 24-12 at halftime, the Reds were subsequently thrashed in the second half and any confidence they had dwindled.

Returning home should help the struggling franchise and playing the worst team in the competition should also help. However, the Sunwolves have shown how pesky they can be this season.

They have already posted a win over the Rebels and the Reds are not much better. With that being said, the Reds will be desperate to win and should do so.

12:05am Stormers vs. Jaguares @ Newlands Stadium

We are not sure how the Stormers came away with the win last week, but a last-ditch effort was enough to score the points.

The 33-30 victory showed other Super Rugby teams that the Stormers can score points. It should send a message to the Jaguares that a repeat of their first half performance against the Reds won’t be good enough.

The Jaguares trailed the Reds 24-7 at one stage, but turned on an incredible second-half performance to score a comfortable win. However, they now travel and that could be tough for them.

A close game is expected but we’re giving the edge to the visitors.

2:15am Bulls vs. Blues @ Loftus Versfeld

The Bulls haven’t gotten off to the start they would have wanted and this week’s game is a must-win.

With consecutive losses to open their account, the Bulls are languishing at the bottom of the South African conference and it’s not going to be easy against the Blues.

The Auckland-based franchise has had a rough start to the competition. They notched a win over the Waratahs and their losses have come to the Chiefs and Crusaders.

They should improve as the season progresses but heading to South Africa isn’t going to be easy.

It’s a tough game to call but we’re going with the Blues.