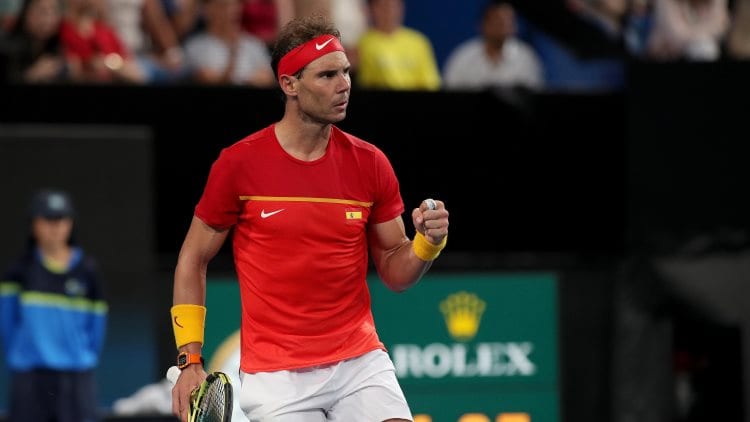 The new tennis season kicks off on January 20 with the 2020 Australian Open.

The world’s best male players to battle in Melbourne and once again, the big three are well-favoured to win the tournament.

However, they’re not the first three favourites and the new blood could cause an upset this year.

We have our best picks and best Australian Open value tips.

Rafael Nadal is coming off a loss to Novak Djokovic in the ATP Cup and that’s why he’s paying $6 to win the Australian Open.

However, this is more important and Nadal has been in fine form when it comes to Grand Slams. The 19-time winner is the world’s best player at the moment and he doesn’t appear to be slowing down.

Despite facing knee injuries throughout his career, Nadal keeps on like the energizer bunny. He is relentless on the court and that’s paying off in tournaments.

There is no doubting that he’ll make at least the semifinals and he’s going to receive a kinder draw than Novak Djokovic.

Punters are getting great value for Nadal and if he makes the final, his odds will be around $2.

We couldn’t leave Novak out of calculations as he’s simply too good and there has been a flood of money come for him.

The Serbian is coming off a big win over Nadal at the ATP Cup and although he deserves to be well-backed, $2.10 is on the short side.

If he faces Nadal in the final, we’re expecting his odds to be around the $1.60 mark. There isn’t much value in the price but if you’re prepared to take the $2.10, he is a good chance.

The 16-time winner has cramped under hot conditions in the past so keep an eye on his injury status throughout the tournament.

Daniil Medvedev is a rising star and he’s at shorter odds than Roger Federer, which we didn’t think would happen.

The Russian has reached a career-high #4 in the rankings and the 23-year-old comes into this tournament fresh.

He chose to skip the Auckland tournament and give himself a rest after losing in the semifinals of the ATP Cup to Djokovic.

He took him to three sets on that occasion and that’s good enough form to include him in selections at the odds.

$11 for Roger Federer? He might not be the same player that has won 20 Grand Slam titles, but he’s certainly not an $11 chance.

The Swiss master hasn’t played a professional tournament since losing in the semifinal at the ATP World Finals in November.

That loss came to Stephanos Tsitsipas but during the tournament he defeated Novak Djokovic in group play.

Whether he’s playing well enough to win another Grand Sla, we’re unsure, but he should be on the ticket at that price.

If Nick Kyrgios wants to go deep in this tournament, he will. However, what we want and we he wants is very different.

The troubled star has a big serve but not a lot else it seems. He gets frustrated and impatient when a rally takes place, which isn’t an ideal quality of a potential champion.

However, we have seen a more human side to Naughty Nick over the last few weeks and he could use the crowd support.

$26 is a fair price from bookmakers given his talent and tendency to implode in front of our eyes.

It won’t be an easy watch for punters but it will be an entertaining one.

The Russian is coming off a shock loss to John Millman at the Auckland Open but he’s a better player than that.

He has shown glimpses of form throughout his career that suggests he could make a deep run in a Grand Slam.

The $101 odds are reflective of his tournament-winning chances but he’s worth a dollar or two given the record of upset results at the Australian Open.