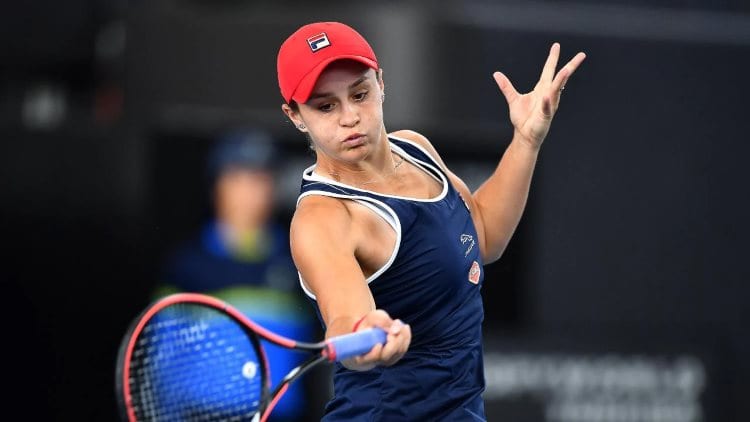 The new tennis season kicks off on January 20 with the 2020 Australian Open.

Amidst the haze in Melbourne, the world’s best tennis players will do battle for the first Grand Slam of the year.

The women’s market is wide open and we have expert tournament winner tips and value picks for the 2020 Australian Open.

Ashleigh Barty deserves respect at this tournament and although the pressure will be on, she is playing at value odds with bookmakers.

She’s the #1 player in the world currently, after winning the French Open last year. She also won the season-ending WTA Finals tournament for big money.

Punters haven’t seen her much since, as she has mostly played team events. However, she should be in fit order for a strong showing at the Australian Open.

Being the top seed has great advantages and she’s scheduled to play Lesia Tsurenko in the opening round. That game shouldn’t give her any worries and we’re confident of a deep run this year.

We’re not thrilled by the odds on offer for Serena Williams, so she’s not a value pick but she should be on your ticket.

Williams is coming off her first tournament win in years when taking out the ASB Classic in Auckland and that should give her confidence.

She needs only one more win to capture the most Grand Slam wins of any player and we believe she has a good chance of achieving that goal this season.

However, Williams is far from playing her best tennis. She is on the downward trend and that’s concerning for punters wanting to take the $5.

There’s no doubting her ability but she’s not the dominant force she once used to be. However, the women’s division is lacking a real superstar to dethrone the greatest of all time.

Not yet a household name, Aryna Sabalenka could be by the time the 2020 Australian Open is finished.

The Belarusian has made a deep run at the Adelaide tournament in preparation and she defeated Simon Halep in straight sets.

The 21-year-old is still evolving as a player and the hard courts of Melbourne should play to her strengths.

Sabalenka should give punters a good sight for their money and her odds could firm into single figures following the opening rounds.

Elina Svitolina was our best value pick last year and although her form since has been mixed, she’s capable at best.

Her most recent result was a shocking 6-1 6-1 loss to Danielle Collins at the Brisbane International but we know she’s better than that.

Svitolina made the final at the WTA Finals where she lost to Ash Barty, and there’s nothing wrong with that form coming into this tournament.

Early 2020 form can always be tough to follow, but Svitolina is a high-class player who shouldn’t be taken lightly.

The $23 on offer from bookmakers is worth snapping up.

Much like Anna Kournakova and Maria Sharapova before her, Amanda Anisimova is making headlines on and off the court.

The young American has risen through the ranks of the last couple of years and she has the potential to win a Grand Slam in the future.

She’s coming off a thrashing at the hands of Serena Williams but that loss should do her plenty of good. It should focus her on tennis and not the distractions of social media and Instagram.

Anisimova has the ability and represents value at the odds. Back her with confidence in the opening two rounds.

The French player has loads of experience on the WTA Tour and although she has never reached her potential, she could make a deep run this season.

Cornet has been around the mark throughout her career but lacks the killer punch to put her opponents away.

She will hang around in matches and prove a tough beat for anyone that comes up against her.

Her chances of winning are reflective of the odds but if there was ever a $251 upset chance, it would be her.