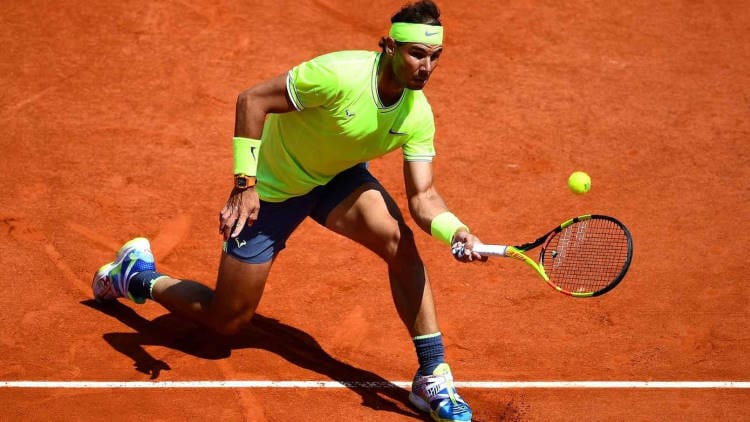 We have expert betting predictions for the 2020 Men’s French Open Tennis, which starts on the 27th in Paris.

Rafael Nadal is the firm favourite to win his 13th French Open, which is an incredible statistic. However, there are a host of players looking to score the upset win.

We look at the best betting opportunities for punters on the clay courts.

A lack of recent court time hasn’t done much to dent Nadal’s hopes of winning his 13th French Open title. He has been blasting through his opponents in the lead-up event, so all is well with the Spaniard.

Nadal is the king of clay, and punters are getting a good price for him to win. Taking an odds-on quote for a futures bet isn’t easy, but Nadal has been a sure thing at Roland Garros over the last 15 years.

Punters know Nadal will make a deep run in the tournament, so his odds are only going to firm throughout the two weeks.

Getting $1.80 for Nadal is good shopping in pre-tournament markets, and we suggest locking in those odds before they firm.

It won’t be easy for Novak to come out after his dramatic US Open disqualification, but he’s a winner and he should be respected.

The clay isn’t his best surface but he won the French Open in 2016, and he could love to add a second title to his record of 17 Grand Slam titles.

His form at the Italian Open has been solid, and at the time of writing, he has made the semi-final. He was taken to three sets by Dominik Koepfer, but Novak had a total of 21 break-point opportunities in the game.

Punters are getting value with the Serbian this year.

It was tough to watch Alex Zverev lose the US Open Final after leading 2-0, but the German could bounce back at the French Open.

He has the game to win on the clay surface, and although he’s a power hitter, he can move around the court with excellent efficiency.

Bookmakers have Zverev at $21, which represents value and he should make a deep run in the tournament.

He deserves a Grand Slam title, and if the likes of Nadal, Djokovic and Thiem hit road blocks, it could open the way for Zverev.

We look at three players worth following in the tournament, and they could all provide punters with value. Following these three players should net a positive outcome, as they are all high-quality players and bookmakers should have generous odds in their head-to-head matches.

Matteo Berrettini: The Italian is paying $41 to win the tournament, and although it would take a big effort to win, he is worth backing in his matches. He has made deep runs in Grand Slam tournaments throughout his career, but he often pays a good head-to-head price.

Andrey Rublev: The Russian made a deep run at the US Open, and although beaten by countryman Daniil Medvedev, he looks well-suited to the clay. He has an ability to get around the court well, and you need to have wheels on the clay surface. Long points are often the normal and Rublev has enough stamina to stay in the point. Follow him throughout the tournament, as punters often get good odds for his matches.

Borna Coric: Borna Coric is longer in the betting than we expected. He represents value at $67, and although it’s not an easy tournament to win, he could cause an upset. Coric is one of the fittest and toughest players on the tour, so he can stay in the points and grind away. Similar to what Nadal does, Coric makes you play an extra shot and he loves to fight. Punters always get good odds for Coric, and we can see him making it to the fourth round.