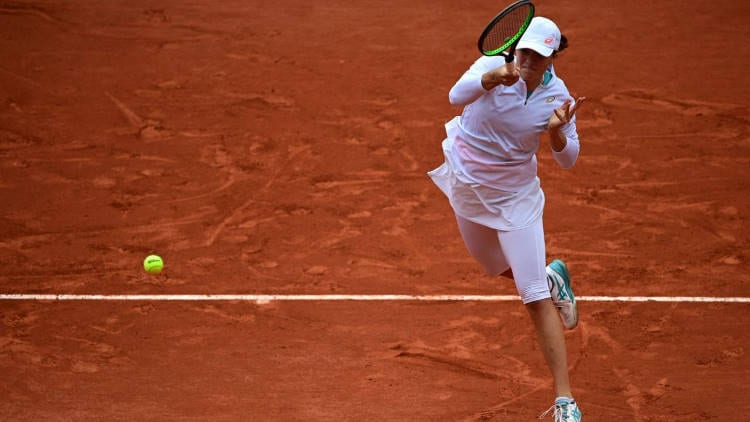 We have expert betting predictions for the 2020 Women’s French Open Tennis Final, which is played on Sunday morning, October 11.

The unheralded player is the favourite with bookmakers, but can she live up to expectations on the big stage?

No one gave teenager Iga Swiatek much of a chance before the tournament began, but the Polish player has been impressive over the last two weeks.

Swiatek has yet to drop a set throughout the entire 2020 French Open, which is incredible given the players she has come up against.

She steamrolled her opponent in her semifinal earlier this week, but her most impressive win came over former French Open winner Simon Halep.

The straight sets win was an incredible performance from someone so young, and someone who hasn’t played well on the big stage before.

Despite being new to everything, Swiatek has handled the pressure with ease. Having no crowds might help with that, but she is becoming a real force on the clay courts.

Not many people gave Sofia Kenin much of a chance either, as her clay court record prior to the French Open wasn’t impressive.

The American won the Australian Open earlier this year, but she is a better hard-court player. However, she has grown with confidence with every match, so she won’t be easy to beat on Sunday morning.

Kenin rolled past Petra Kvitova in her semifinal, despite being an underdog for that game. She showed her ability on all court surfaces, but Swiatek will have her work cut out for her.

They have faced each other only once in their history, which came in 2016 when both players weren’t on the world radar. Iga Swiatek scored a 2-0 win at the French Open quarterfinals, so history could somewhat repeat.

Bookmakers have sided with Swiatek in the betting. She is currently paying $1.53 to win, with Sofia Kenin paying $2.45.

Many punters will look at that price for Kenin and see value, but we are going against the American on this occasion, despite following her throughout the tournament.

Swiatek has been dominant to date and she is clearly the better clay court player. We like her to not only win the match, but win it in straight sets.

Bookmakers are offering $2.37 for Swiatek to win in straight sets, which is a common trait for women’s Grand Slam finals.

Overall, Iga Swiatek has the perfect game to be winning the French Open. She has made a deep run in this tournament in the past and she is due a tournament win.

There are some value exotic betting options available for Sunday’s final, so we have taken a look at the best value on offer.

The correct score 1st set market is intriguing, and there is value with Iga Swiatek. Sofia Kenin often starts slowly and Swiatek could score an easy first set win.

We like the look of Swiatek 6-2, which pays a handsome $7.50 with bookmakers. Look for a fast start for the Polish favourite.

Iga Swiatek is the –2.5 favourite and there is value with that option. If you want something juicier than the $1.53 head-to-head price, take the –2.5 at $1.78. It gives you slightly better odds for a limited risk.

The final French Open exotic bet that catches our eye is the total match games market. The total is set at 21.5, and given that we think it will be a straight sets win, the Under 21.5 is the play at $1.89.