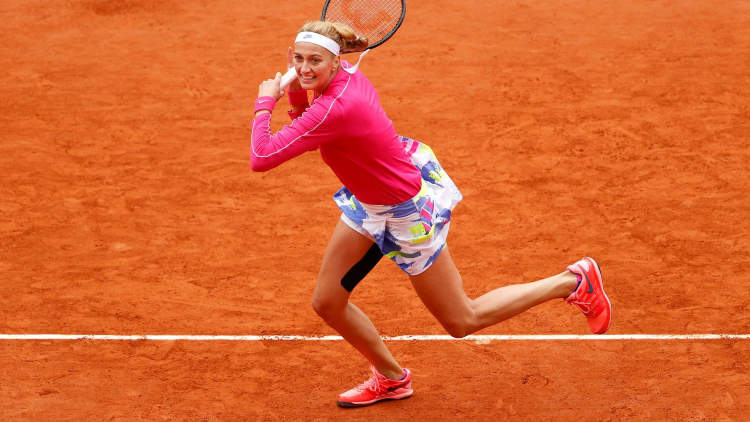 We have expert betting predictions for the 2020 Women’s French Open Tennis Semifinals, which are played on Friday morning, October 9.

Four of the best players are left in the French Open but not quite the four everyone expected. Sofia Kenin and Petra Kvitova were tipped to do well, but the unheralded Iga Swiatek and Nadia Podoroska have made the semis.

We look at the form of all four players and provide our best French Open tips.

Virtually no one expected this semifinal to happen as the 53rd ranked player takes on the 131st ranked player.

Iga Swiatek is the better-ranked player and her form throughout the French Open has been outstanding. The Polish player scored a 2-0 upset win over tournament favourite Simona Halep in the fourth round, which shocked the tennis world.

Halep was the odds-on favourite to win the tournament and Swiatek made her look second rate. The 6-1 6-2 win was one of the best performances of the year, and she rode that momentum in the quarterfinals against Martina Trevisan.

She dropped only four games against the unheralded player and she faces another player whose stocks have risen this season.

Nadia Podoroska has had a harder time of it at Roland Garros, but her win over Elina Svitolina has put her on the map. It was a straight sets victory and she was the $3.75 underdog to get the job done.

The Argentine has yet to face Swiatek during her career, so punters don’t know what to expect from this game. However, we are firmly in the camp of Iga Swiatek.

Her play has been outstanding and it’s no fluke. She has steadily risen up the rankings and the clay courts of Roland Garros suit her perfectly.

Bookmakers have Swiatek as the hot favourite at odds of $1.21. We are not surprised by those odds but punters will be looking for more value.

We recommend taking Swiatek to win in straight sets. She hasn’t dropped a set this tournament and we don’t expect her to now.

Bookmakers are giving her a –4.5 handicap to overcome, and we think she can cover. She could overwhelm Podoroska in the first set and win 6-2, which sets her up for an easy cover of the –4.5 spread.

Both are Grand Slam winners and it’s hard to distinguish a clear difference between the two. Kenin is coming off a 2-1 win over Danielle Collins, where she looked excellent at times, but average on the odd occasion.

She will need to be more consistent to beat a professional such as Kvitova, who rolled through Laura Siegemund on Thursday morning.

Kvitova has faced Kenin on two occasions and won both. The first meeting came in 2018 at Miami, when Kenin was yet to win at the 2020 Australian Open. The second win came in Madrid this year on the clay courts, so that is a good betting guide.

It was a 6-1 6-4 win to Kvitova, and we believe that gives her a massive advantage in this game. She might be ranked lower than Sofia Kenin, but Kvitova has always been classy at her best.

Bookmakers agree and they have installed her as the $1.50 favourite. The odds are just good enough to warrant as a value play, as we think Kenin could win a set.

If she gets off to a good start and wins the opening set, she could easily cover the spread. We are picturing a 6-3, 6-7, 6-4 game in Kvitova’s favour, which would be good enough for punters wanting to take the points spread.